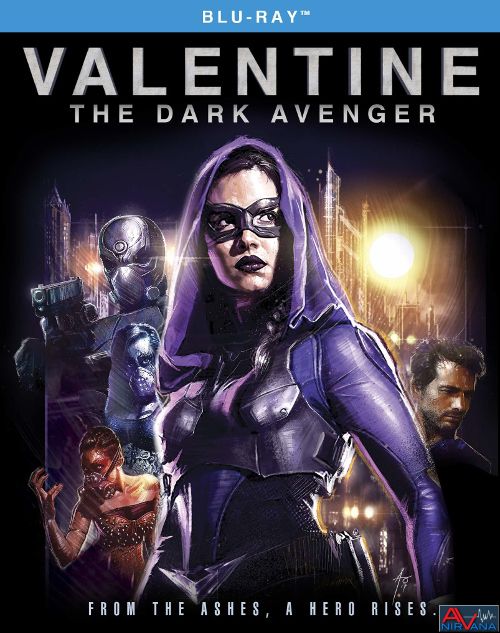 Movie
Oh goodness, where do I start with Valentine: The Dark Avenger? I knew from the second I saw the trailer that it would end up being horrible, but like a moth to a flame I was inexorably drawn to it. I know it’s a bit of a cliché, but if there’s martial arts involved I’m there in spades, and the fact that this was an Indonesian superhero/martial arts movie where the main heroine uses Silat (the same style that Iko Uwais uses in The Raid and The Raid: Redemption) made me all the more eager to see it. Now, being that this was a foreign SUPERHERO film I knew we were in for some unintentional hilarity. These Asian/Eastern European films usually end up being laughable, but the laughability ends up being a slightly different each time. Sometimes you’re laughing at yourself for watching the movie, other times you’re bawling your eyes at at the stupidity on screen, and other times the movie is so incredibly bad that it’s hilariously fun. This is the case with Valentine: The Dark Avenger, as it’s soooooooooooooooooooooo bad, with crummy cinematography, weak martial arts choreography (the skill is actually quite good, but the camerawork and choreography turn it into a bad 1970s kung-fu flick) and horrific dialog and acting make for one of the must unintentionally hilarious watches of the month.

Valentine follows in the footsteps of Russia’s The Guardians, revolving around superheros trying to save the world. Except instead of being a cheap knockoff of The Avengers, Valentine is a more personal origins story, more in the vein of Batman (ironically one of the badguy minions dresses up in a Loli-Batman/Joker outfit later in the film). Srimaya (known as Sri, played by Estelle Linden) is a waitress who is struggling with the death of her father, and the depression of living in a crummy Indonesian town that is over run by crime. When she is approached by a film maker (Played by Matthew Settle) to make a superhero movie about a crime fighting woman name “Valentine”, she’s eager to accept the role and even goes so far as to do “test shots” where she actually dons the outfit of Valentine and kicks badguys butts with her Silat skills.

Little by little Sri begins to realize that the movie is nothing but a facade. She’s being groomed by Bono (the film maker) to be something that the city really needs. A real life Valentine. As her skills progress, so does her challenges. From petty thieves, to gangsters, Valentine becomes more and more confident in her ability to fight crime until she’s ready for the real reason she was created. Shadow, the mysterious crime lord who is holding the city ransom day in and day out as he terrorizes the police force with his cabal of criminals. Unashamed of his evil and geared for war, Shadow can only be stopped by one person. Valentine

Valentine is such a hilariously bad film. I can forgive a low budget (not everyone gets $150 million to make a superhero movie), I can forgive a lack of DC and Marvel source material to pull from, but Valentine falls into the trap of soooooooo many foreign superhero films. Taking itself extremely seriously, and having a script that a 15 year old could have written. The fact that the action choreography and quick cut editing makes it look all the worse is just icing on the cake. On the flip side, Valentine REAAAAALLLY tries hard to be a good movie. It’s taken from an Indonesian graphic novel of the same name that was created in 2012, and even produced by an offshoot of the comic book company. As such the writers were in close proximity to the film and had a hand in crafting the story. To be fair, while this is a low budget affair by American standards, Valentine actually had a fair bit of cash behind it by Indonesian standards. The fact that it forwent using big budget CGI like The Guardians and favored hand to hand combat probably helped. In fact, the costume is actually pretty spiffy and the martial arts quite good. The only downside is the afore mentioned bad choreography (for those wanting Iko Uwais level of martial arts you’ll be disappointed)

the story is a bit of a mess from the beginning, just shoving Sri into fight after fight as Bono trains her to BECOME the superhero that he was claiming to be filming. However, the last 1/3rd of the film actually coalesces quite nicely. The end villain is a bit predictable (I guessed who Shadow was within the first 40 minutes), but the tale of revenge and the message behind his rise to leader of a criminal cabal was actually rather well done. I was a bit surprised as the first 2/3rds of the film was a bit goofy with the traditional foreign superhero gags, only to come together and turn into a serious drama for the end.

I couldn’t find any actual information on WHAT cameras were used for the filming of Valentine: The Dark Avenger, but I can pretty much guess with 95% accuracy that this was digitally filmed and edited. The earmarks are all there, with glossy outdoor shots, no grain to be seen, and a rather flat look to the dark levels that you can’t help but guess it’s sources. Either way, Valentine is a smartly shot 2.35:1 AVC encoded Blu-ray that is generally pleasing. The bright colors pop off the otherwise grim page, with sharp purples, flecks of red, yellow and other primaries balancing out with the gray look of Batatvia city. Dark levels generally look great, but sometimes detail levels would suffer due to some funky camera work. Banding comes and goes throughout, but otherwise this is a solid looking transfer for a low budget film.

The film is given a set of 4 choices in terms of the audio. 2 of the tracks in Indonesian (and English to account for Matt Settles portions since he can’t speak Indonesian) and 2 in English Dub. The first of each being a 5.1 DTS-HD MA track, and the second being a down mixed version of each language track for night listening. The tracks are both very similar, but I actually enjoyed the English version a bit more as it added to the silliness of the whole film. Dialog is strong and clean, but the score can sometimes overpower the rest of the track. We can shift suddenly from normal sounding dialog to a score that’s literally pounding away at reference levels at a moment’s notice. The sound stage is wide and varied, with motorcycle chases, fisticuffs, and general mayhem creating a fairly immersive environment. Bass can dip into some seriously weighty moments (the rooftop scene at the end had my kitchen cabinets 3 rooms down vibrating), and the overall power and intensity of the track is exemplary. Sometimes the mix can get a bit front heavy, but the action sequences balance that out nicely for a very pleasing audio mix.

​
It’s not a good movie (there’s actually chase scenes where you can van visibly see that they’re using miniature models for the cars), and it’s not an unintentional classic, but Valentine is so awful, so ridiculous, and so insane that it’s actually kind of fun. Is it worth buying on day one? Probably not for most people (there will be some cult fans of this type of film that will want to check it out), but it’s certainly worth seeing if you can find it as the movie is so nuts you have to see it to believe it. Shout Factory has done a solid job with the audio and video, but sadly extras are relegated to a few trailers and a some image galleries. Bizarrely entertaining watch will be my recommendation.

Thanks for the review. So, this is one of those, it is so bad it is good type of movie. I am game. Will check it out once on amazon prime or netflix on a rainy slow day. lol.

tripplej said:
Thanks for the review. So, this is one of those, it is so bad it is good type of movie. I am game. Will check it out once on amazon prime or netflix on a rainy slow day. lol.
Click to expand...

ohhhhhhhhhh yes. I was literally grinning to myself the whole time thinking "my goodness this awful. I love it!"