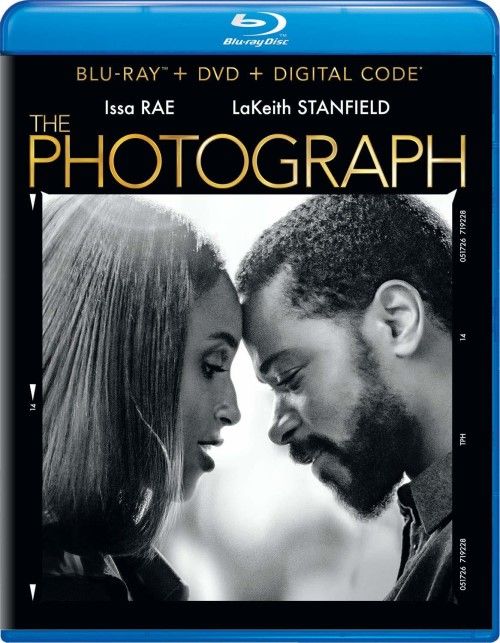 Movie
The Photograph was supposedly hailed as the next Notebook by critics a few months back, and I had my eye on the title for quite some time. My only fears was that director/writer Stella Meghie has not had the greatest track record with her romantic dramedies. She did the mediocre Everything Everything a few years back, followed up by the ABYSMAL The Weekend, which really turned me off to her writing and directing style. However, as much accolades as this film was getting hyped with, I decided to give it a try. Luckily The Photograph ends up being Stella’s best film yet, but sadly not by a whole lot. It’s got a good two time period romance going on, but she can’t seem to get a handle on making characters with strong chemistry come to the surface. It’s not like The Weekend where there isn’t a likable person in the film, but the four leads have about as much chemistry as watching paint drying, plus Stella seems bound and determined to make every character as frustrating as possible in their lack of communication.

Mae (Issa Rae) is coming to grips with her mom’s death from a month ago. Her mother Christina (Chante Adams) wasn’t someone who showed a lot of love over the course of her lifetime, but was an accomplished photographer, even though she could barely handle a personal life (left several men, had to keep moving as she was dissatisfied with her lot in life). Christina left Mae with a letter revealing the truth of her real father, as well as an explanation of how flawed she was and the romance that she left behind.

Simultaneously we’re introduced to Michael Block (Stanfield) who is a budding photographer who stumbles across an old Louisana man who is giving him an interview about the oil field problems that have been going on. While there at the man’s house he comes across a photograph of Christina, and sees that she had more photos at the house. Fascinated by her incredible photography Michael tugs and prods at the old man to tell him who she is, only to find out that she was an old flame who moved to Michael’s home town of New York to start a career. Coming back to New York, Michael tries to find her, only to be met by her daughter Mae, who informs him that she’s died a month ago. Sparks fly between the two (at least that’s what the story said) and the two being dating as they realize that they’ve got more in common than they thought.

Stella keeps the story interesting by using two timelines to tell her romance. The first time line is the modern one between Michael and Mae, but using the backstory of Mae’s tragic childhood and her mother’s death, the story shows us Christina’s and Isaac’s failed romance decades earlier. It’s interesting in some ways, with the story flitting back and forth between the two timelines, using Christina’s old romance as a way to explain how Mae is the way she is, and show how the photograph was more than just a connection between two people.

The problems stem from the fact that Stella Meghie has a real problem of showing characters having honest to god connections on screen. Everything feels ridiculously contrived and predictable, and that’s saying something for the romantic dramedy genre. Issa and LaKeith Stanfield seem to show no real chemistry whatsoever, and while they’re not as unlikable as the leads from The Weekend, it’s really hard to muster any involvement in the romance that plays out. It’s cute at times, but very stodgy and paint by the numbers with little to no payout at the end. Entertaining enough as it is, but certainly hampered by a wooden set of performances.

I could find next to NO information about what filming stock was used for the production, nor what resolution the master was set at. All I could find was that it was very much a digital film and that it got a digital intermediate. However, no matter what it was filmed with or what the resolution of the master was, The Photograph looks absolutely stunning on Blu-ray. It’s a very natural and balanced looking film, with a slight hint of gold in some of the flashback scenes to make it look dated. Clarity is razor sharp, facial details never let you down, and contrast is very even and balanced. Skin tones are rich and robust, and about the only thing I could say negative is that some of the black levels in the flashbacks looked a bit milky due to the yellow tinge, and there is a tiny issue with mosquito noise in those scenes. Nothing wild, but something to notice. 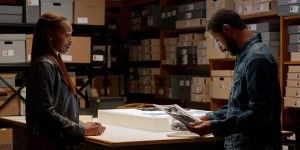 The 7.1 DTS-HD MA track for a romantic dramedy may seem like overkill, but the musical score and the hustle and bustle of New York City certainly make this a vibrant and exciting mix. The dialog is naturally crisp and cleanly located up in the front of the room, and the surrounds and mains get ample opportunity to shine with the craziness of a bit city. However it’s the jazz like score that really fills out the mix to it’s fullest potential. The whole sound stage lights up with that Louisiana Jazz music and keeps the track uplifted and rich to the core. LFE is punchy and tight with the music, and adds some low end oomph to the hustle and bustle of New York City traffic. I was certainly skeptical if the 7.1 track was necessary, but there are some really cool ambient noises that come through in the rear surrounds, making me eat a little bit of crow. 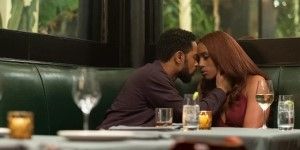 ​
The Photograph isn’t a slam dunk hit, but neither is it an atrocity like The Weekend was. It’s probably Stella Meghie’s best film to date, proving that she’s definitely honing her skill as a writer director. Unfortunately she’s still got a ways to go as this film obviously proves. The story is solid, but the characters and direction are a bit wooden, despite some solid actors and actresses involved. The Blu-ray itself is stellar with great video and audio, but some rather meager extras to round it out. Worth checking out as a rental in my humble opinion.