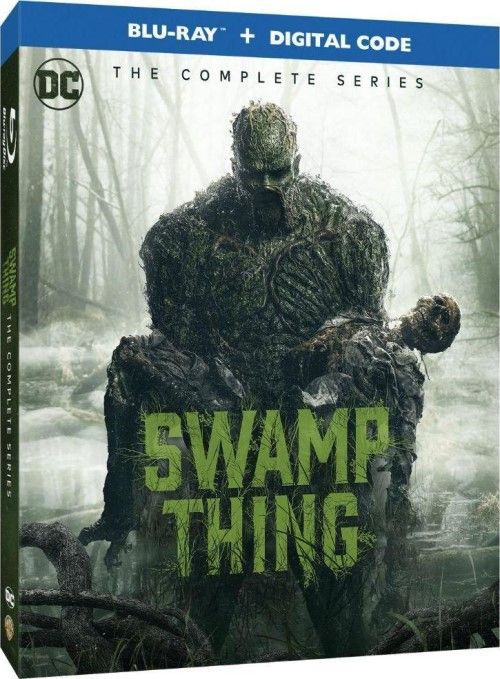 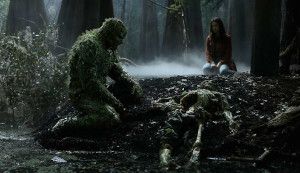 Movie
Only fans of Firefly can understand the bitter rage of having a fantastic show be cut short in it’s first season. Well, that and more than a few SyFy channels fans as well, but the rage of the Brown coats is both righteous and bitter, as we’ve had to make due to comics and canonical books to finish off Joss Whedon’s masterpiece. Well, fans of the new DC streaming service’s Swamp Thing has now had the misfortune of commiserating with the Firefly fans, as the streaming services single best show was unceremoniously cut short just weeks before the first season was wrapping up. The cast and crew got the notice just as the show was getting ready to wrap up the final 3 episodes, only giving them enough time to hurriedly make the 10th episode it’s finale, and sending the series off along the river Styx. Supposedly the show’s producers have shopped around for another channel to pick up the show, but it looks like it will be no more, as the highly expensive to make show (which was the reason for it’s cancellation) wasn’t seen as a huge profit device for any of the other networks. Luckily the first season wraps things up well enough that the 10 episode arc is reasonably complete, and stands on it’s own two feet without ending with a cliffhanger (*cough*Dark Matter Season 3*cough*) and works as it’s own little story.

I mentioned when I did my review for Doom Patrol: The Complete First Season that the DC streaming network had a bunch of good shows, and two really standout shows. Those two being Doom Patrol Itself, and the service’s magnum opus, Swamp Thing. I’ve read Swamp Thing comics back in the day and know of him being a sort of independent character in the world of superheroes and villains, being neither good guy, nor bad guy. Instead, he’s more of a horror themed character that was originally introduced into the 70s and 80s, only to become popular enough to gain his how comic run for a while. The live action show follows in those supernatural horror elements, blending with with a good old fashioned mystery and conspiracy as well (amusingly enough, the main character asks our heroine in the first episode if she liked good old mysteries).

CDC doctor Abby Arcane (Crystal Reed) is called back to her home of Marais, Louisiana, when a mysterious plague is found to be spreading among the inhabitants. There she meets biologist Alec Holland (Andy Bean) who is working on a discovery out in the middle of the swamp that very well may tie in with Abby’s mystery disease. The two discover a biological “accelerant” in the swamp water, but before they can tie two and two together Alec is killed, and his body sunken into the swamp. There the consciousness of Alec is absorbed by a mutated plant, wherein it takes the form of a semi human hunk of plant life, and becomes the single worst enemy of the evil that is growing in the Marais swamp. 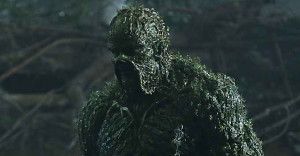 Swamp Thing is utterly fantastic. I loved Doom Patrol, but I REALLY loved Swamp Thing, and was devastated to hear that we won’t be getting a second season. The show gives us a lot of hints and teases at bigger villains, as well as introduces us to a few obvious ones. Mentions of the Conclave, and Abby Arcane being the daughter of the arch nemesis of Swamp Thing, and of course the manipulative Avery Sunderland. It plays out as an R-rated horror mystery, adding just enough gore and darkness to the show to make it adult rated for sure, but still keeping it true to the comic book arcs. Some story lines have been shifted around, and some characters aren’t who they were (such as Jason Woodrue not being an Alien), but the series still sticks to the meat of what made Swamp Thing what he is.

Honestly, this was the single best show to come out of the DC streaming service for 2019, and a huge blow at it’s being lost to us. I understand that the CGI for the show made it INCREDIBLY expensive, but the writing is excellent and the acting very well done for a DC show. Still, the series wraps up nicely (if a not a bit hurriedly), and the series doesn’t leave us hanging unless you really picked up all the hints along the way of other connections to villains that might have been introduced in later seasons. It’s dark, twisted, and a fantastic supernatural mystery that delves into the classic change up where the monster is less monstrous than the humans are. 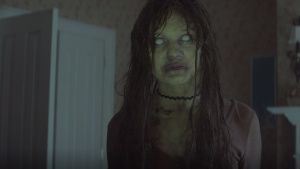 Swamp Thing is given a 2.39:1 framed AVC encode with all 10 episodes spread over 2 discs (5 episodes per BD-50 dual layer disc). The show is heavily stylized with a drab look and desaturated colors. The show is kind of soft and intentionally hazy, with the swamp making everything dark and gloomy. Colors are a bit blue tinged with gold highlights, while the swamp can showcase some brilliant greenery and earth tones. The fine details are usually good, but the soft look of the show keeps it from ever being a true stunner. The one major issue that crops up is the constant banding that comes and goes throughout the 10 episodes. The underwater scenes are always the most prominent (for some reason banding shows up in underwater shots more than any other scenario in Blu-ray movies), and it’s a constant reminder. It’s not HORRIBLE, but it’s very noticeable and the one artifact that really is kind of irritating. 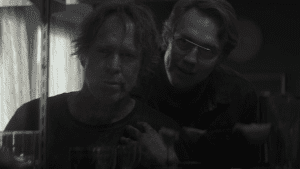 Warner has put a single 5.1 DTS-HD MA track on board the 2 disc set, and it’s a solid mix for sure. It’s not OVERLY enthusiastic or aggressive, but it does the job well. The swamp area has most of the surround usage, giving us some creaking and groaning of branches, or the splashing of water in the background as a boat traverses the marshy areas. Gunshots ring out with authority, and the dialog is always well placed in the center channel. I noticed that it was a needing a few DB boost, but once gotten to reference levels was more than expansive and robust. Bass is punchy and tight, but it’s not overly heavy or really rip roaring. A good example of a TV track. 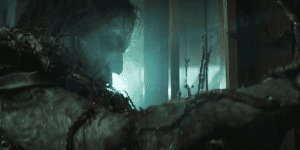 Yes, I’m sad to see it go, but Swamp Thing: The Complete Series is a must see for fans of the DC shows, and much like how Netflix has given the Marvel Universe to become darker and less broadcast friendly, so has the DC streaming universe been for some of it’s shows. Swamp Thing definitely benefited from that freedom from broadcast limitations and really thrived as a short lived, but well crafted horror comic show. The Blu-ray is rather well done with good video and audio, but there are no extras to speak of. Still, don’t let this deter you from grabbing one of the best comic shows of the year, and my personal favorite. Very good buy.

Thanks for the review. I will catch this later as a rental. Too bad it didn't last past the first season.. Yes, I am a firefly fan, so I can feel your pain.
You must log in or register to reply here.
Share:
Facebook Twitter Reddit Pinterest Tumblr WhatsApp Email Link