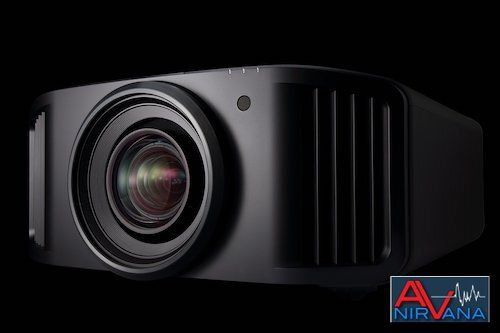 (November 15, 2022) JVC's much anticipated free firmware update for its current generation of D-ILA projectors, including the consumer and pro series DLA-NZ9/DLA-RS4100, DLA-NZ8/DLA-RS3100, and DLA-NZ7/DLA-RS2100, and the entry-level lamp based DLA-NP5/DLA-RS1100, is now available for download. In addition to introducing Filmmaker Mode and several minor upgrades, Firmware Version 2.00 delivers improvements to the company's Frame Adapt HDR functionality and Laser Dynamic Controls. Below, JVC's press release details all of those improvements, and provides information on what to consider prior to installation, along with a download link.

2. New Laser Dynamic Control mode for laser models
Control was previously based on the average luminance of the entire scene. With the new mode, adjustment is based on peak luminance, resulting in images with increased dynamic range. In particular, the new mode improves reproduction of content such as stars twinkling in pitch blackness and nightscapes. In addition, even images with low peak luminance can be enjoyed with a greater sense of contrast.

3. FILMMAKER MODE™
A new picture quality mode that faithfully reproduces the filmmaker's intentions, FILMMAKER MODE™ was developed by the UHD Alliance, an organization of Hollywood movie studios, TV studios, content distributors, consumer electronics manufacturers, and device developers, with the aim of faithfully reproducing the filmmakers' intentions in the home. When using this mode, picture quality adjustment functions such as frame interpolation and noise reduction are turned off, and the color temperature is set to D65 (6500K), allowing users to enjoy movies and documentaries with picture quality that is faithful to the original master.

I'll need to take advantage of this... thanks for the notice!