So it finally begins. I have so many builds that I have talked about over the years and have most the parts for but not quite enough money to finish. Sadly this has been ongoing for the most part of seven years. So after getting a new job I am finally able to start some of my long awaited projects. I have been rocking my straight line arrays for about 9 years. Definitely lacking in a lot of areas but have been good for a while. But time to upgrade.

I have always loved horn loaded mids and have always been a big fan of JBL's. I was looking at building a 4722 but space became an issue. I thought about maybe doing a single 15 and then using the bottom 15/18 as a sub. BUT that never quite worked. 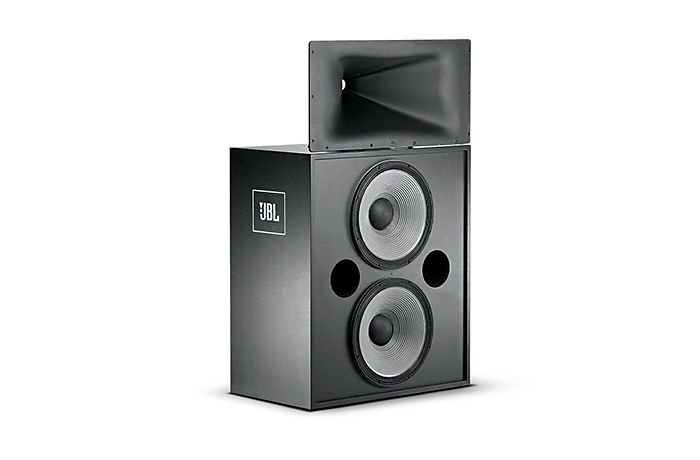 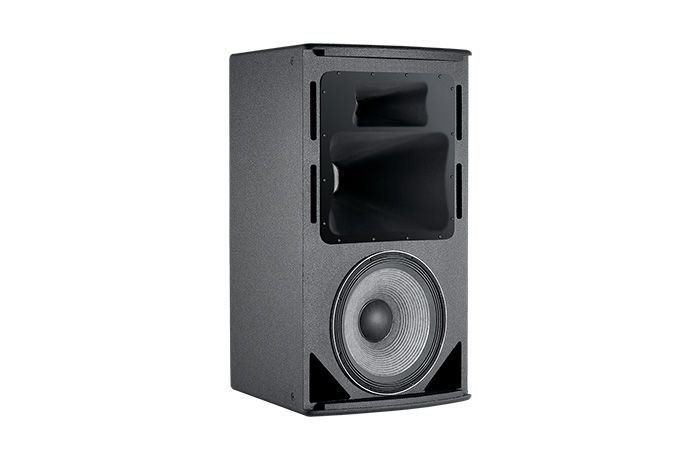 Now mine wont be as pretty but I will do what I can to have a nice looking setup. I will be using a different 15 because I had those already. I am also using the JBL 2453H-SL for the CD. I built the factory high and mid passive XO and added a simple section for the bass. The factory setup was meant to have an active 2 way setup. I just made it a single channel passive setup to use with my AVR.

I also did not build the same port configuration as in the picture. I made the setup have enough port area to utilise a higher excursion 15 if I upgrade in the future and thats about it. I had a friend I meant online on the Australia HT forum CNC the build for me. I seem to be gone a LOT so I figured I would let someone else do the cutting for me. Not usually my thing but I just dont have the time. Big huge thanks to him for that. He spent a lot of time working this into CAD and getting everything looking right and working.(Thanks Darren!!) I also was getting ready to build the XO but found out I could just have someone else build them for me for not much more money. So I went ahead with that plan also.

There were a LOT of parts I did have to glue and wait and then glue and wait. The ports were multi-layered so I learned how to build those the most efficient way after completing one.

So these guys became my best friend. I think I used about 150 or so of them.

Here is the top/bottom being pegged with the guide stops for the front and sides.

I then realised I was going to need more little clamps. So I went and got some 2" clamps and then got back to building the ports. There were four ports on each baffle. Each had nine layers of ply.

Then I added the trim ring. The woofer was recessed into the 17mm plywood so a ring was added.

Then when some ports were done I glued them to the baffle. And continued on building ports.

Here I am gluing in 2 filler pieces for the bottom

Here is a finished baffle with ports. And a picture of the baffle from behind.

Then after gluing the baffle on to the bottom piece and having the PL adhesive ready to go I decided to quickly put the sides on. So in the picture you can see the sides are on and the back piece is not on yet.

Then I quickly predrilled the back and PL'd it on with screws. Right before I glued the back section on I glued the large brace in the middle. That brace sits on the top port shelf and connects the sides and back. And here you can see one completed exterior cabinet. Still have to add some more bracing inside.

And we continue...
You can see one exterior finished cabinet and now its time to finish number 2. Test fit and predrill now and then PL and screws.

Gluing front and back in along with screws here.

Then placed top on with middle brace in place. Small clamp is holding top baffle and top on. Weights are pushing brace down while glue sets.

Now just test fitting a brace and a LOT of sanding. Also since I had some 2 part epoxy I started to fill in the holes hence the blue tape.

And thats where we stand today. About 3 weeks I think has passed since I started to assemble this build. Picking up XO's tomorrow. I have thoroughly sanded the edges and epoxy fill ins. I will need to add some more epoxy to the back of number 2's back panel. Probably about 12 holes to fill in. Then wait for the epoxy to cure.(24hrs) So hopefully by this weekend I can hear something. Maybe. Probably wait till next as I have to leave for work on Sunday.

Final finish will be sprayed on using Duratex. Still also have to add on the speakon's but we are coming to a finish soon.
Last edited: Apr 3, 2018

Another day has gone by and I have picked up the XO's and applied the epoxy to the back panel on speaker number 2. Need to get some screws for my speakons and some more stuffing. Might have to wait on the stuffing till next weekend on the 13. But then I should be able to finally have a listen. Will do some more sanding tomorrow Friday and Saturday. Then I should have most of the cabinet completed. Will worry about finish later when I have those supplies.

Here are a few pictures of the XO's. I put my hand in there for a reference.

Thanks. Since seeing your amazing 3 way I figured I need to finally start my own.

I will add pictures later on to show progress. Its been a slow process as I have been away for work. Added some handles to the sides also because it was becoming very awkward to move around. When I was trying to recess the guide bearing on my router decided to stray away and eat into the guide jig. So these wont be perfect but good enough for my wants. I added in some epoxy to help make it look not as bad. Still need to assemble the other components in the second speaker and add the duratex. Just cant decided if I want to spend the money on the sprayer. I love the professional look of the spray gun verse the roll on look.

I will upload some photos this weekend and should have a decision on the sprayer by that time also. I want to finish assembling these cabinets but want to have the duratex put on first.

I have about 6 days to try and finish them before I go away for another 3 weeks.

And does anyone know what type of foam I can use that compresses by hand and yet expands enough to make a airtight seal?

I know a few people did in the past to plug ports but I cant remember what type of foam it was.

Awesome build... I bet you can't wait to fire them up!

Negatron said:
Awesome build... I bet you can't wait to fire them up!
Click to expand...

Most definitely. Also need to give REW a try for the first time and see what I am dealing with. I would like to use some EQ to get these to sound the way I want. I may be investing in a Hypex Fusion plate amp per speaker after REW in the future. But that will have to wait.

Whats the approx size of each speaker?

Whats the approx size of each speaker?
Click to expand...

Amazing how long its been with an update. I have the speakers finished and just installing the components. Work has had me gone for a lot of months so I have been slacking with any real updates. Will be moving out of my current place and into a rental soon. So that means finishing all projects soon.

Was going to add a grille to my JBL clones and all was going well until the ply warped. So will just use them without and make a grille down the road.

Will be looking at buying a Minidsp NanoAVR of some sort so I can adjust EQ to my liking with my current Denon AVR. I have a lower end model and dont plan on upgrading just yet as I have a lot of other pressing things to buy first. (Moving out on my own with almost nothing) Just need to make sure I buy the correct MiniDSP as I will also need one for my subs.

I looked at using some other speakers as "subs," or speaker stands also. They are just 10's with not much Xmax and weak motors but sitting on a shelf not being used at all, so why not.

AND lastly I also knocked out a 88 special center channel because I also had those parts laying around. My 8's were not 16 ohm but 8 ohm and I used the BC 250 CD and QSC 152i WG. BUT listening quickly they did sound quite a bit better than my current L/R speaker. Those are the MTG-08. Will get some pics up when I get back next weekend as I am going away for another week. Have to also build some subs as I have a pair of 21's I have also on a shelf. They were going to be used for my Skhorn. But since I am moving I will just build single driver Skhorns with my 21's. These will serve as speaker stands also for the clones.

Looking forward to pics and impressions!

Ya me too. I had one in my living room really quickly to hear and definitely needed more time with it. Once I buy the Mini I think I will definitely be able to dial in my house curve and be happy. I still have to put the components back into the cabinets and finish the build. I took them apart to finish the cabinet painting. Only had the one cabinet finished but now have 2. So I will put them together and wire everything up when I get back home on the weekend.