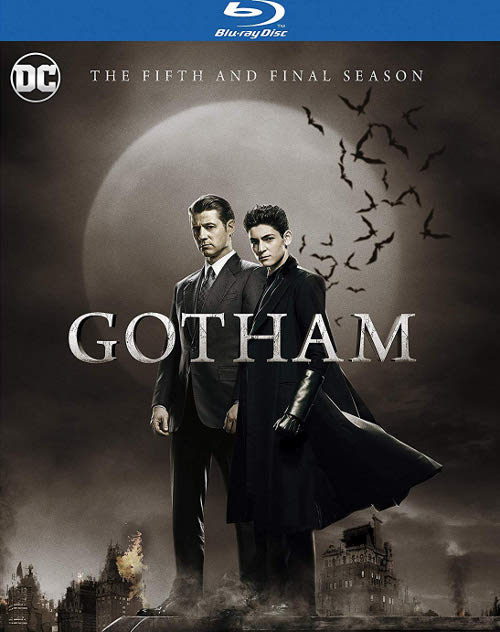 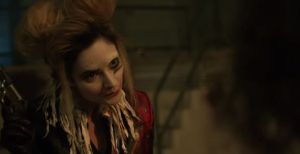 Movie
In the past I’ve liked Gotham to the red headed step child of the DC universe. It’s the lone variant still on 20th Century Fox, with a majority of the major shoes in the last 6-7 years having been shuffled off to The CW, and more recently, put on to the DC streaming network for the lesser known works. Gotham kind of works on Fox though, as it is an outsider in more ways than studio development. While The CW and DC streaming service shows have fought to maintain there status as comic book canon, Gotham has completely thrown that mantle to the wind and firmly solidified itself as an “elseworlds” story, content to be a “what if” show. The series was originally supposed to be a Jim Gordon show before he became commissioner, kind of a prequel if you will, but as the series evolved and more Batman villains were introduced the show runners decided to turn it into an else worlds show lying completely outside of the realm of canon material.

Season 5 wasn’t really canceled (which is a shocker for Fox viewers), but rather scheduled for a 5th and final truncated season with only half the episodes of the normal 22 episode season arcs to complete the show. While Bruce Wayne (David Mazouz) has been a novel character who has grown in scope over the last 4 years, he has become the focal point of this season, relegating Jim Gordon (Ben McKenzie) to the role of backup character. This year we’re focused on one thing and one thing only. The creation of Bruce Wayne into the Dark Knight that we all know and love.

We pick up right where season 4 ended, with Jerome Valeska’s twin brother Jeremiah (both played by Cameron Monaghan) blowing up the bridges around Gotham City, effectively cutting it off from the main land. Now the city is under partial control of the Gotham City leadership, while other parts are controlled by the super villains who are locked in the island with the good guys. I was a bit disappointed with how this turned out, as I was hoping for major power vying between mega villains like Mr. Freeze, Scarecrow, Firefly and Jeremiah (who actually will become the actual Joker), but instead only Jeremiah and Scarecrow’s actors stayed around for the fifth season, so we got gang wars with the Undead, Low Boyz, and Street Demonz. The stories with them work in reality, but I guess I was expecting some gargantuan power battle with the legendary super villains the series has unleashed over the years.

As well as the ones mentioned, we naturally have the skullduggery of the more annoying type with Penguin (Robin Lord Taylor) and The Riddler (Cory Michael Smith), but the real fun comes from Cameron playing Jeremiah (Joker). His portrayal of the clown prince of crime has been an epic one, and one that had fans scratching their heads for 2-3 years. You see, everyone though his twin brother Jerome was going to be the Joker, but the powers that be kept saying “nope, he’s actually NOT the Joker”, leaving us wondering just who Jerome really was. In reality they kind of double faked us, allowing Cameron to play Jerome as the Joker, only to have him be killed off last season and his twin brother Jeremiah come in and take up his painted psycho visage for him, and effectively becoming the ACTUAL Joker. So really, Cameron Monaghan WAS the Joker the whole time, but playing him under a different name until the brother switcharoo happened.

The series couldn’t get a hold of the rights to Harley Quinn, so Jeremiah’s right hand woman is someone they decided to call Ecco (Francesca Root-Dodson), but is effectively Harley Quinn in everything but name. Looking back at this season, she really portrayed the lunatic doctor to a T, almost beating out Margot Robbie’s interpretation of her, and allowing her to be much more evil and dark than the DC movies wanted Margot to be (they wanted the anti-hero Harley Quinn, while Gotham wanted the villainess version). Bane gets to make an appearance as well this season, but due to budget constraints his costume had the internet comparing him to Kabal from Mortal Kombat more than the brilliant Latin monster from the comics. 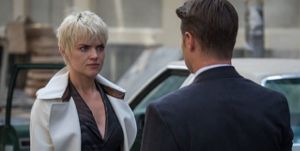 Once again, the broken record spins once more. As is the case with many TV shows, Gotham, has maintained a very stable and consistent look to the show over the Blu-ray releases. Each season has been very much the same over the years and this 5th season release is no different. Naturally since the show is almost half the size, half the discs are used, and the 12 episodes get spread over 2 BD-50 Blu-rays, and the 1.78:1 framed AVC encodes look spectacular. as usual. The gothic looking show is dark and grim, but splashed with garish colors here and there with a diffused look that gives the city of Gotham a sort of surreal look. Fine details are exceptional, showing off the paint on Jeremiah's face, as well as the creases and lines on Robin Lord Taylor's Hot Topic looking face. The black crush that has always been present plagues this release as well, but luckily it is still fairly minor. Overall this is an excellent encode and a great finale to the series in terms of technical specs.

Yeah yeah, I know, broken record. Warner once again delivers a stunning 5.1 DTS-HD MA mix that really shows just how good a “paltry” 5.1 mix can sound in a home theater world obsessed with Atmos and 7.1 mixes. The series is extremely action oriented, pitting villains vs. heroes in the slums of Gotham City. This allows for an awesome sense of immersiveness, as the battles echo off of stone walls, and thunder and roar with deep waves of LFE. Fights with Jeremiah and the street gangs are chaotic and aggressive, and the swooshing sound of villains and heroes vanishing into the night keeps the surrounds active. Vocals are crisp and clean, locked up front in the center like they should and creepy ambiance of the show is replicated perfectly. 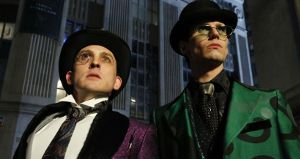 The Series ends on really in episode 11, and then catapults us forward in time to when Bruce Wayne takes up the mantle of the Dark Knight, giving us a few moment glimpse of him in the costume, ala the final ending scene of Smallville. It’s a nice closer for the series, but feels a bit out of place, and makes me wish season 5 had been fleshed out a bit more. It’s still a solid entry into the 5 season series, but it was one of the weaker ones, and more along the quality levels of season 3 than the rest of them. Warner’s Blu-ray release is top notch once again, with great audio and video, and the typical smattering of extras to pad the 2 disc set out. While not AS highly recommended, Gotham: The Complete Fifth and Final Season is still recommended.

Thanks for the review. I will have to catch up with the first season but will check out the entire set shortly.

This series was entertaining in its own way. I did find at times that they seemed to struggle with the story line but all in all it was different and thats what made it enjoyable to watch.

One of my favorites... and really bummed they are ending it ... and cutting season 5 short, but I suppose it was inevitable.

The problem I've had all along is they had the wrong guy playing Bruce Wayne. I kept wondering if they were able to maintain for 7-8 seasons... unless David Mazouz started eating more protein... donuts... ice cream... something with a lot of carbs and fat... AND pumping some serious iron... he'd never work out to be a genuine Bruce Wayne. He just doesn't have enough meat (or muscle) on his bones to be a superhero like we all imagine Batman being.

Sonnie said:
One of my favorites... and really bummed they are ending it ... and cutting season 5 short, but I suppose it was inevitable.

The problem I've had all along is they had the wrong guy playing Bruce Wayne. I kept wondering if they were able to maintain for 7-8 seasons... unless David Mazouz started eating more protein... donuts... ice cream... something with a lot of carbs and fat... AND pumping some serious iron... he'd never work out to be a genuine Bruce Wayne. He just doesn't have enough meat (or muscle) on his bones to be a superhero like we all imagine Batman being.
Click to expand...

yeah, he was always a pre-teen and teen in the series. that final episode has to jump forward about 5-6 years so that he can show up in his final form (modeled to look a lot like Christian Bale) for a few fleeting seconds of the ACTUAL Batman
You must log in or register to reply here.
Share:
Facebook Twitter Reddit Pinterest Tumblr WhatsApp Email Link