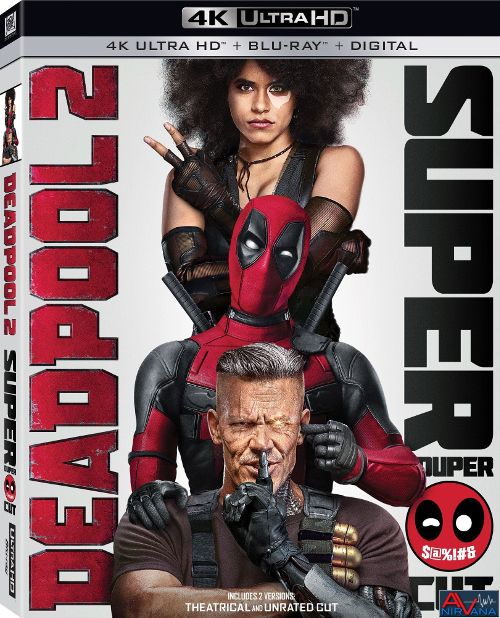 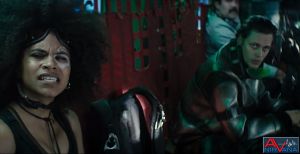 Movie
R-rated super hero films have GENERALLY been regarded as outliers for the Marvel and DC universe. Sure, we’ve had things like the Blade series, or the Punisher movies (although Marvel has treated those as the red headed stepchildren of their licensed films), but up until a few years ago they were pretty much a pariah to studio heads. Common logic used was that PG-13 was a much more accessible rating to the masses, and the R-rating might tarnish the brand, or at the very least decrease their profit margin. What made matters worse to fans was that there is a LOOOOOOOOOOT of IP’s that Marvel owned that would be perfect for the rating. Wolverine was notably neutered in his role during the X-men movies (how do you portray a barely controlled savage Canadian with claws on his hands in a PG-13 rated films?), and fans had been BEGGING for an R-rated Deadpool movie for quite some time. When the test footage for the first Deadpool film was leaked (my bet is still on Ryan Reynolds being the one to leak it in order to show the Fox studio heads that the market was there) they went NUTS begging for an actual film, and low and behold, 20th Century Fox listened. In 2016 we got Deadpool, a nearly perfect representation of the merc with a mouth, starring the only man alive who could pull off the role as perfectly as he did.

Fast forward a couple of years and we finally get the sequel that we knew was coming (with the amount of money that Deadpool pulled in, a sequel was a foregone conclusion). This time it’s darker, deeper and slightly less fun than the original. Last time we left off DP himself (Ryan Reynolds) had got the girl, killed Francis, and pretty much off all the X-men in one movie. Continuing on his anti-hero rampage, he is off slaughtering villains world wide, and then coming home to his beautiful wife Vanessa (Morena Baccarin). The two of them have just decided to start a family when a group of thugs looking for revenge break into their apartment and Vanessa ends up dead in the process. Depressed, empty, and ready to die (but obviously can’t), the merc with a mouth just gives up on life. That is until he sees the opportunity to do something redeeming when he has the opportunity to save a young Mutant boy named Russel (Julian Dennison) from being tortured by an Anti-Mutant halfway home headmaster (Eddie Marson).

The only thing is, Deadpool’s way of “saving” someone is kind of off kilter compared to the rest of society. His actions end both himself and Russel in “the icebox” (a mutant prison, where prisoners are outfitted with collars that dampen their mutant ability). Then there’s the added problem of Cable (Josh Brolin), a time traveling mutant from the future with bionic abilities who wants to murder Russel for crimes that he will commit in the future. Now it’s up to the man who can’t die to protect the kid from the murderous time traveler, AND atone for his sins that got Vanessa killed. All with (or without) dying in the process) 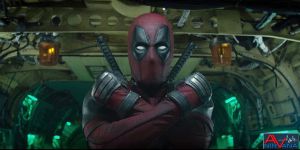 Deadpool 2 was one of my most highly anticipated films of 2018, but I was slightly let down by it when I went to the theaters. Now, before we go any further, let me iterate that I am NOT calling the movie bad. I really enjoyed the film, and had a blast with the lunacy, but after how much fun Deadpool was, I was just expecting a little bit more. I really like that they tried to flesh out Deadpool as a character a bit more, and not just leave him as the insane comedic creation he came across last film. But I just couldn’t get into some of the lionizing of his characteristics in the film. The movie switches between serious and dark with a message to non stop hilarity at a moments notice, and the shift can seem jarring and a bit off putting at times. Not to mention the fact that Russell came off WAY too goofy for his own good. Keeping him serious and Wade Wilson/Deadpool nutty feels more natural, and his comedic timing was a bit off.

Now on to the good parts (which is actually the better portion of the film). Josh Brolin as Cable is just about perfect (I would have still like Stephen Lang, but Brolin did an amazing job). He plays the character with the grit and roughness that is necessary for the future warrior. His and Deadpool’s chemistry (both good and bad) was phenomenal. Morena’s death was a HUGE blow to the cast, but she made up for it with her little “death” life lessons, and the addition of X-force cast was amazing (their first mission was one of the most drop down on the floor and roll around laughing moments of the film). I won’t mention WHO it is, but there is also a cameo villain who shows up part way through the film who is definitely going to be a BIG jump over the poor portrayal he had in another X-men movie some years back.

While the film is definitely dark and dreary at times, this is still a movie about Wade Wilson and his insane antics. We get to see more head slicing, gut ripping, bullet punching violence than you can shake a stick at. The film also gets the advantage of having a “super duper” extended cut as well. It adds 14 minutes to the run time and actually makes some severe changes to certain scenes. The set is a 4 disc (or 2 disc for the Blu-ray, as it’s not a combo pack) set, and puts the Super Duper Cut on it’s own disc for good reason. You see, the film isn’t just a few added scenes, but they changed the music in some shots, dialog, and added AND deleted certain segments of other scenes. After comparing the two cuts right after one another, I have to say that the Super Duper Cut is really just an added bonus feature. The theatrical cut plays cleaner and smoother for the most part. Most of the changed scenes actually don’t do much, and feel more like deleted scenes for a reason (such as the scene where Fire Fist and our unnamed villain go clothes shopping). My recommendation if you have not seen it before is to watch the theatrical version first, THEN the Super Duper Cut to see all the kooky stuff they left out.

Deadpool 2 was supposedly finished at 2K for the master (unlike the first film, which was a native 4K master), but that shouldn’t keep you from checking this disc out, as the film is really one of the better 2K mastered 4K UHD discs I’ve seen. The upgrades in textural details is quite impressive, especially DP’s maroon suit. You can literally see every stitch, every fiber, every bit of weave on his re super suit, and even the duct tape that hangs off of it in some scenes (after he has to put his suit back together thanks to our “mystery” villain rips him apart). Colors are a bit muted compared to most comic book films, but intentionally so. If you’ve seen Deadpool, then this looks nearly identical. They seemed to have chose a more lifelike representation of colors, so things aren’t super duper bright and shiny, but they are punchy and look like real colors. Blacks are deep and inky, and the use of HDR adds subtle depth to them so that you can see a LOT more detail in the darker scenes than I really thought you would. Overall, this is an excellent transfer that bests even the impressive 1080p Blu-ray by a good bit.

Like most of Fox’s releases, the 4K UHD gets the next gen Dolby Atmos track, and it’s just as impressive as the “perfect” 7.1 DTS-HD MA mix from the Blu-ray. If you noticed from the Blu-ray review, I actually scored them identically, and that’s for a reason. The Blu-ray track is simply spectacular, and while I almost gave it a 4.5/5 rating just because Atmos SHOULD be better, this Atmos track is a bit more subtle than your average Atmos mix. There’s an incredible sense of depth and surround immersion with the track, especially with all of the non stop action sequences that are thrown about, but the use of overheads and directional shifting isn’t as wild as I was expecting. The prison escape is really the best example of that, or the parachute drop later on in the movie. Otherwise it’s much more similar to the 7.1 mix than dissimilar. Bass is simply incredible though, and the goofy “pop” gags add some fun background ambiance that pops up in the surrounds now and again.

Deadpool 2 is much darker, and much more serious than the first movie, but still manages to weave in the trademark jabs and humor that makes the series so fun to watch. It’s kind of a dichotomy for me, as I like and dislike the film for those same reasons. The movie just has a lot more depth and reality to it than the first, which makes for some incredibly powerful moments, but it also just has FUN with the lunacy of the character. But at the same time it is kind of morose and the same fun of the first movie sometimes feel like the characters are TRYING too hard to lighten the mood. Especially when the mood doesn’t call for it. I guess you could say some of the freshness of the first film has worn off. 20th Century Fox’s 4K UHD disc is quite the package though, as it includes the 4K and Blu-ray of BOTH the theatrical cut and the Super Duper Cut (due to the Super Duper Cut being such a different cut than the theatrical) as well as a plethora of extras that are a blast to sit through. Definitely a fun watch for those who enjoyed the first Deadpool.

Thanks for the review. I greatly enjoyed the first one but was not able to catch the second one so will check it out.

I haven't seen this one yet either, but I have been hesitant to pick it up. Mostly because I loved the first one and I worried that this one wouldn't live up to the same standard. I also keep hearing mixed reviews on it; some people like it better than the first, then some people, like yourself, like it less.

I might just wait until it goes on sale a little bit cheaper before I jump.

Close enough is good for me. I’ll be adding it to the collection right next to the first. Thanks for the review.

LOVED the first one. LOVED the second one.

The original was the first UHD I purchased, even though I didn't have a player yet, or a projector. Well, I have the player, still no UHD projector, but I've already purchased this, too. Haven't had a chance to watch it yet, but It's sitting there staring at me, giving me those puppy dog eyes, begging me to watch. Hopefully this week...

Picked this one up and hopefully I'll have time to watch it this weekend. Loved the first movie and I'm looking forward to this one!