A Silent Voice: The Movie 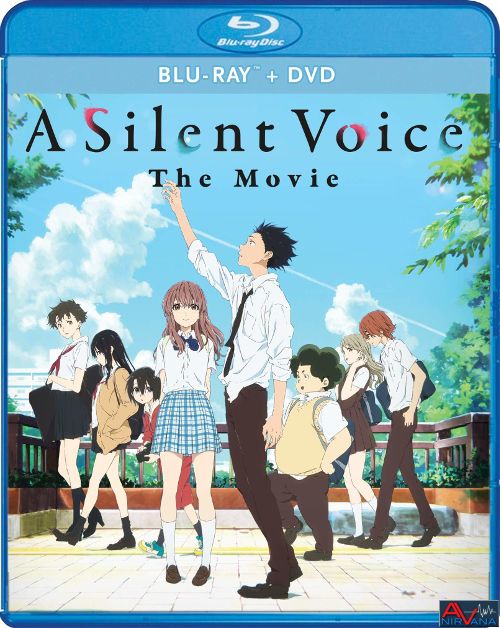 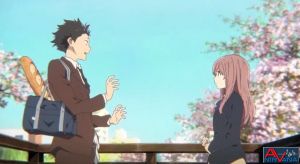 Movie
Bullying is kind of a hot topic the last decade or so. When I grew up it was considered a right of passage or discouraged by parents. Noways it’s almost considered a school crisis, and while some of that blame lies on fear mongering and over exaggeration, bullying HAS progressed from when we were kids. Back then it was the big guy pushing you around for your lunch money, and you might be unlucky enough to get the snot beat out of you by a couple of the older classmen. Now it’s become almost like a stalking experience, with physical bullying going FAR beyond a few simple words and some kicks. People get bullied online, harassed verbally like normal, and have information spread about the victim in the blink of an eye thanks to social media. It’s a rough thing to handle, and while most (supposedly over 51% according to studies) bullies will back down if you stand up to them, that outcome is not that certain with the anonymity that comes from the internet and other social tools of today.

Yoshitoki Oima’s critically acclaimed manga series Koe no Katachi was a fantastic bit of nuanced study into the psychology of bullying, and how it affects not only the victim, but the aggressor as well. The series has now since been adapted into the shorter movie format with A Silent Voice: The Movie. While a bit shortened from it’s manga format counterpart, the movie encapsulates the stigma of disabilities within Japan, as well as the notion of forgiveness, bitterness, and personal growth in ways that are more poignant than the manga due to being pushed into such a time constrained movie.

Shoya Ishida (Miyu Irino, Mayu Matsuoko) is a carefree young boy who plays with his friends, has his family surrounding him, and has a bit of a biased view on the world around him. After his new classmate Shoko (Saori Hayami) is discovered to be deaf, he begins to fall in with the wrong friends and bullying of the poor girl begins. Like many bullies, Shoya isn’t a horrible person, but rather wants to be liked so he gets a kick out of bullying poor Shoko for the laughs. He’s highly embarrassed of Shoko’s attempts to be friends with him, considering her attempts “weird” and “creepy”, which only fuels his bullying of the poor girl. However, a line is crossed when the boy physically destroys her hearing aids (repeatedly to be precise) and the school gets involved with the incident. 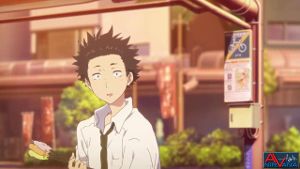 Shoya is suddenly without a friend, as all those who were urging him on and laughing at his bullying (or just stood by and watched), literally turn their backs to him and Shoya is a pariah when he once was a “king”. The rest of high school becomes a bitter reminder of his failures, and with no future in sight, Shoya contemplates suicide, but instead decides to make amends with the people he wronged with his bullying. Naturally some people accept his heartfelt remorse, while others view him with great suspicion, thinking that he’s only apologizing out of guilt and not true remorse. But the big test is coming to humble himself before Shoko. Both he and Shoko suffer from self loathing and crippling doubt (much of it caused BY Shoya), but the two form a tenuous friendship that allows them to complete their high school journey and heal wounds that took such a short time to create, but a long time to mend.

A Silent Voice The Movie is nothing short of flawless. It’s almost a perfect film, and the only reason I give it a 4.5/5 is simply due to the fact that it couldn’t get all of the nuances from the series into one 2+ hour film. As someone who was bullied back in middle school (high school was my time to come up from the bottom) the film resonated with me much more than I expected it would. I could see part of myself in Shoku, but also remembered myself acting like Shoya as well, going along with the bullies at the time in order to be liked and shamefully doing my own amount of bullying in the process. The film subtly breaks down the psychology behind each person’s descent into doubt and depression, and deals with the thought of “do I deserve to have a friendship after I’ve been such a creep?” with amazing dexterity.

The tone is covered in melodrama and the emotional strings are pulled pretty heavily, but it’s appropriate melodrama and not just done for the sappiness of it. I laughed, I cried, I smiled with joy, as A Silent Voice The Movie hits every note to perfection. Shoya and Shoko are completely raw and realistic, yet so incredibly beautiful and Utopian at the same time. Many of the scenarios are brushed with a sugar coated brush, but the way the pain and suffering blends with joy is immensely satisfying. As I said above, the only reason this isn’t a 5/5 is simply knowing that several really incredible moments from the Manga was left in the series, but this is not a horrible thing, as the movie itself moves quicker and more adeptly than the series is able to. It’s a bit of a trade off. 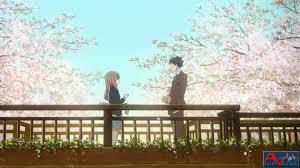 The only part that actually surpasses the movie itself in this Blu-ray set is the video encode. The animation style is just stunning, and I really mean it, stunning. There is copious amounts of hand drawn details to be found, from the strands of hair on Shoko’s face, to the droplets of water falling of a face, combined with streaming tears and bursts of color from the fair around them. Talking about the colors, holy cow! This ting is lovingly shaded with all types of colors, from light pink hairs, to the bright sharp green of the grass. Pastels seem to fill the school environment, but outside there is much much more depth to the shading, giving a bright and vibrant saturation level the more the film progresses. Animated lines are spot on perfect, and there are no major signs of artifacting anywhere. To put it simply, this is an amazingly good encode, and one of the best animation level that I’ve seen in terms of style. 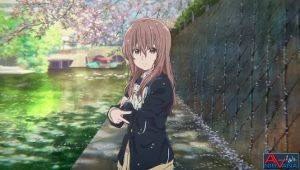 The 5.1 DTS-HD MA audio mixes are both excellent in their quality, but I truly feel that the Japanese language track is the superior one in terms of emotionally resonating with the story. The Japanese voice actors did a simply superb job with conveying emotion in it, and keeping it true to the tone of the story. The English actors do a solid job, but it just seems “off” in comparison. Hard to describe it. The track is not a wild cacophony of action or adventure, but rather thrives on on ambient noises, as well as diegetic sounds (sounds coming from within the natural environment of the film) to create a very highly nuanced tone that just flows effortlessly through the movie with the score. Voices are clean and clear, and the surrounds get a nice helping from the powerful score by Kensuke Ushio. 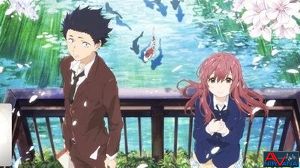 ​
While there are a few stumbles from trying to put 60+ chapters of manga into a 2 hour film, A Silent Voice The Movie is a jaw dropping bit of animated storytelling, and had me in tears more times than even Maqui did. The animation is flawless, the sound a wonderful immersion of diegetic moments, and the Blu-ray given a decent amount of extras as well. It is certainly on my “must see” list for those of you who are into animated films like Liz and the Bluebird or Maquia. HIGHLY RECOMMENDED

Thank you for the review. I will keep an eye out on this one.