Liz and the Blue Bird 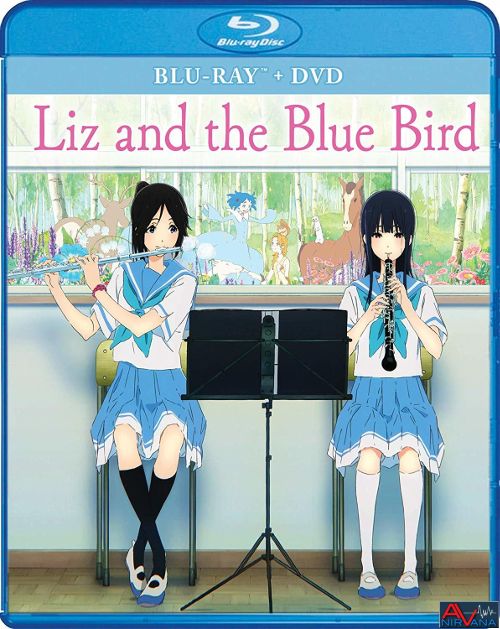 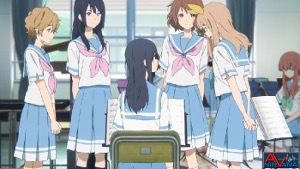 Movie
Director Naoko Yamada is no stranger to stories about communication and intense friendships. 2016’s A Silent Voice was a powerful film about communication and empathy in a 2.5 hour film filled with the perils of adolescence. An utter hit, A Silent Voice acts as my favorite Anime film of recenter years (along with Maquia), and Liz and the Blue Bird seemed to be the perfect accompaniment for the emotional experience. On the surface Liz and the Blue Bird seem to share a common theme with communication and friendship, but if you dig deeper the two are almost nothing alike. While A Silent Voice thrived on VERY intense emotional peaks and valleys, Liz and the Blue Bird relies much more on steady pacing and an emotionally distant sense of narration. Not only that it is incorporates music and sound sooooooooooo much into the story telling process that it’s almost impossible to effectively tell the story without the audio track.

The old phrase “If you love something, set it free” comes to mind after viewing Liz and the Blue Bird. The same theme runs rampant throughout the movie as it explores the depths of that concept with two high school seniors preparing for a music duet. Mizore is a quiet and aloof Oboe player who almost CERTAINLY has a crush on on her friend Nozomi. Quiet, reserved, and shy, Mizore has few relationships except for her best friend and it is one of the most intensely personal things for her. On the other hand, we have Nozomi, the vivacious and extroverted flute player who has so many relationships of varying degrees that Mizore is just one of many in her life. The two are asked to perform a duet together for the school’s final concert performance using the song “Liz and the Blue Bird”, which is taken from a German fairy tale of the same name.

As the talks of college and the future arise, it is clear that the duet is not coming together well. The two friends are then forced to come to the realization that their friendship has been drifting apart for some time, and that this duet/friendship is mirroring the themes of separation seen within the song (which is also played out on screen as a parallel story to the main story). While Mizore is pining for the friendship/love of her best friend, the extroverted Nozomi is dealing with demons of her own in side, all of which contributes to the chafing of their relationship. Coming full circle, the statement “if you love something, set it free” comes to play here, as the two girls have to figure out how much of their friendship they can salvage, and how much is better let go into the universe instead of staying stagnant in the relationship. 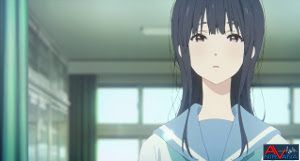 Liz and the Blue Bird is a fairly straight forward story, and that’s not a bad thing. Yamada doesn’t try to break any new ground with the basic story structure, but it’s HOW the story is told that makes Liz and the Blue Bird unique. The story is told just as much by the music and background noises as it is through narration and animation. Yamada made a very specific choice to use sounds, tones, mathematical formulas and musical theories to dictate the sounds and feel of the movie. They went all out making noises throughout the film (such as rubbing a book along a locker, the slamming of a door, or the clapping of footsteps) and then TURNING them into actual music for the film. Watch the opening 5 minutes or so of the movie with Mizore following Nozomi to school and listen to the sounds of the footsteps. The cadence is a complimentary mix of Mizore’s 60 bpm footsteps combined with the much faster 110 bpm that Nozomi employs. The result is a strange music that just flows throughout the movie as the heart and soul of the narrative.

Just as much as the sound is the physical expressions of the characters. Yamada makes it very clear that she’s more intent on using physical bodily movements to express emotions and sensations rather than simple facial expressions. The result is a strangely complex film that uses all sorts of musical parallels to tell the story, using every movement of the characters to create a harmony that just WORKS.

The show is based off of the anime TV show Sound! Euphonium, but luckily the audience really has no NEED to see the TV series in order to enjoy the movie. You may get a little more out of Liz if you do so being that you have a more intimate knowledge of the characters, but Yamada directs the film so well that the movie acts as a standalone from the series without any need extra background watching. But at the end of the day, this is a film about two friends who are a turning point in their relationship and the struggles they undergo in order to keep that friendship afloat. 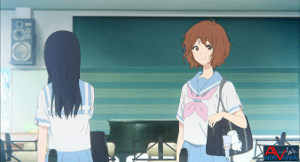 Liz and the Blue Bird comes to Blu-ray via Shout Factory with a great looking 1080p encode. The film looks entirely hand drawn with any CGI animation being very judiciously done (if at all) to the point where I honestly couldn’t detect any. The film is colorful and surreal, with the fantasy elements having a more brightly lit water color look to them, while the “real world” sequences looking colder, cleaner, and more like traditional school girl anime than anything. The film loves to insert differing shades of blue into the picture, whether that be the brilliant blue of a bird’s feather, or the darker blue of the school uniforms, or simple background aesthetics. Animation is lovely, with no signs of digital artifacting outside of a few instances of banding (the opening credits hits you right in the face with a few seconds of banding right off the bat). Animated details are lush and vivid, adding a sense of depth and detail to the simple film that feels right at home in today’s need for heavily detailed animation. Simply put, a great looking Blu-ray encode. 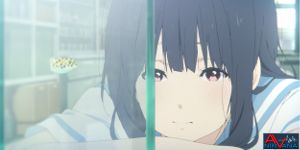 Shout Factory has provided us with a both the Japanese original track (which is easily my preference) and an American English dub both in DTS-HD MA 5.1 to enjoy. I prefer the Japanese audio, but both mixes are incredibly similar outside of the obvious voice changes from Japanese to English, so you can be comfortable choosing whichever track tickles your fancy. One of the biggest storytelling mechanisms for Liz and the Blue Bird is the music and the audio for the film. It weaves the mood, sets the tone, and flows throughout the track pretty much CONSTANTLY. Consequently the surrounds are always engaged and rich, as is the LFE channel. There’s nothing heavily bassy about the mix, but the LFE is a constant presence, adding weight to the music. One of the more fascinating things to listen to on the track is how detailed and precise everything is. The dialog is crisp and clean, but it’s those background noises that you’re really drawn to. Footsteps are sharp and clear, while the sounds of wind whistling through grasses is distinct, but still soft in the background. The tempo also plays an important role. I mentioned in the review above that disjointed relationships is key to the narrative, and this is displayed through the music exquisitely. Listen to the opening 5 minutes of the movie with Mizore and Nozomi walking in tanded. Mizore has a distinct 60 bpm tempo to her steps, while Nozomi is clipping along at a sold 110 bpm. The dual tempo of both tracks as a corollary to their out of beat relationship, as well as makes for a strangely discordant musical tone as well. Honestly, the track for Liz and the Blue Bird is by far one of the most fascinating mixes I’ve heard in quite some time and plays one of the most important roles in telling the narrative. 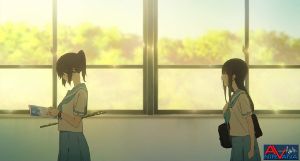 ​
While it may seems simple and not very complex on the surface, Liz and the Blue Bird is a very intricate story about the necessity of communication and the pitfalls that occur with trying to maintain healthy relationships. It shows us how vulnerable, insecure and frail we can be, while showing the strength and tenacity to succeed and blending the two together in a beautifully immaculate auditory/visual fantasy. The film is based off of an anime (Sound! Euphonium), but viewers need not have any background in the TV show (although it does add a layer of familiarity with certain characters if you’ve seen the series), and in all honesty I think it might benefit the viewer to NOT see the TV show until after watching the movie. It’s an intimate film that thrives on steady pacing and perfect integration of music and sound into the narrative, and while it doesn’t have the same emotional highs as Director Naoko Yamada’s previous film, it is still one of the most satisfying watches of the year in terms of animated film making. Shout Factory’s Blu-ray is incredible on the audio and video fronts, but sadly the disc has NO extras whatsoever. Definitely a very very good watch.