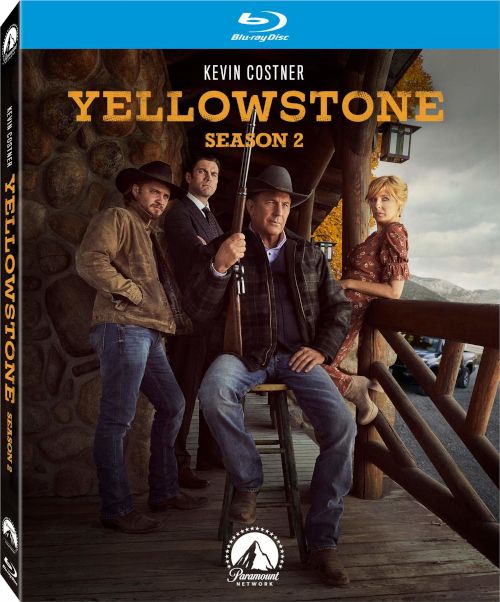 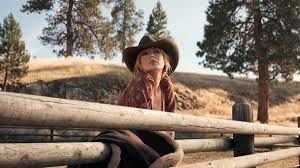 Movie
Yellowstone was the Paramount Network’s premiere cable TV show, bringing in quite a sizable audience and some great critical attention as well. I remember being hooked with the first season and was curious if season 2 of the show could keep up with the great writing that Taylor Sheridan (Sicario) was putting out. So many times 2nd year shows can drop the ball a bit after a stellar 1st year (usually shows with great first years have mediocre 2nds, while those with “decent” first year starts can pick up the next year). Well, I’m happy to say that season 2 hits the ground running and actually surpasses the stellar first season with a series of episodes that rival shows like The Wire and The Shield with their hard hitting power.

The gritty storytelling of The Godfather meets Montana ranching continues on as controlling patriarch John Dutton (Kevin Costner) and his adult children wage war against the Indian casinos that are trying to take over the land that they have rightfully held onto for generations. However, outsiders may play the role of strongest enemies this year, with various factions moving into the Montana area and vying for what they think of as easy pickings. With cattle dead and dying, the commanding Dutton family begins their own investigation that will lead them down a path that will alter their relationships and lives forever.

Sleazy businessman Malcolm Beck (Neal McDonough) tries to make a deal with the cattle rancher, but is ultimately rebuffed, causing old rivals like Dan Jenkins (Danny Huston) to resurface and pick at old wounds. No one is safe in this war for land and power, as everyone seems to want what the Dutton’s have, and John Dutton is not about to let his reign come to an end, no matter if even the innocent, such as Kayce Dutton’s young child, are put in the cross hairs. 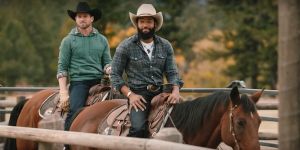 What really makes Yellowstone such a great show is the powerful characters. Kevin Costner has always been a favorite of mine in his western roles, and even though this is really a modern western drama, he’s right at home as the craggy patriarch. Some of the best scenes come from the villains though, with Neal McDonough and Danny Huston taking center stage whenever they’re allowed on screen. Still, it’s a woman who takes the cake in the 2nd season, with Beth (Kelly Reilly) literally DOMINATING in every scene she’s in. The tough as nails daughter to John Dutton is terrifying to watch, as her coldly domineering personality clashes with her father’s unmovable will. It’s this little dance of characters in the show that makes it lively, and such a powerfully engaging watch.

Beth and her relationship with Rip (Cole Hauser) comes up much more often in season 2, adding a more human element to Beth, as Rip’s laid back personality is the perfect counter balance to Beth’s powerful swath that she cuts. Make no mistake, while everyone is human on this show, there are so many different shades of greys, blacks and whites that it’s very difficult to gauge who is really the villains, and who are the true heroes in the show. A facet that makes delving into the 2nd season so exciting. 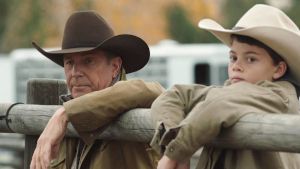 Shot using the same Arri Alexa cameras as last season, Yellowstone: Season 2 looks incredible on Blu-ray. The lovely Montana locations are stunning in Hi-Def, with crisp and clean tones that are devoid of any major color grading. Colors and flesh tones remain neutral, with good clean delineation, and very VERY strong fine detailing. The craggy look of Costner’s weather worn face is immaculate, as are clothing and other various western backdrops and devices such as saddles and back cloths. Blacks are deep and inky, and I can find no real source of artifacting to mar this lovely image outside of a very mild scene or two that is murky due to some poor shadow detail. All in all, a stunning 1080p transfer and a fine followup to last year’s fantastic encode. 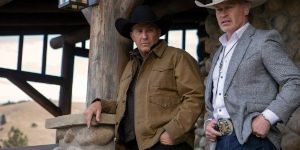 Just like last year, Yellowstone: Season 2 has a fairly reserved and laid back audio mix (encoded in Dolby TrueHD 5.1). There’s nothing WRONG with the mix per se, just that it’s rather front heavy with only minimal activity in the surrounds and LFE channel for most of the 10 episodes. Even the music and the background noises, such as the wind whispering through the grass, seem to be loaded up in the front of the room. That being said, there’s a good amount of play to the front sound stage, with a lot of activity when things get going, and the dialog is never once in question. It’s a very good overall track, but one that isn’t bound and determined to rock you off your feet.
. 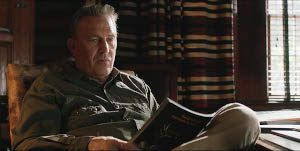 Yellowstone is truly one of those special TV shows right now. It’s a compelling drama, a gritty tale of power and land out in the new west, and it’s just filled with incredible performances. I really liked last year’s freshman season, but season 2 took the show to a whole new level. The series is a must watch at this point in time if you’re a fan of compelling dramas, and this is the Paramount Network’s premiere show right now for a very good reason. The Blu-ray looks phenomenal, sounds good, and even has a decent set of extras to go along with it too! And to make it sweeter, Amazon (at the moment of this review on 11/5/19) has a $5.00 off coupon for the show making it below $20 for a day and date release! Definitely check it out.

Thanks for the review. I will have to check out season 1 as well as this one. Will check it out.

I hear nothing but great things about the series. Will have to make time to watch it one day. Thanks for the review!

+1 on the plot, characters and scenery. I may get the discs for the surround track. Streaming is only 2 channel so had to use up mixer.
Anyway, great show and great review.

JStewart said:
+1 on the plot, characters and scenery. I may get the discs for the surround track. Streaming is only 2 channel so had to use up mixer.
Anyway, great show and great review.
Click to expand...