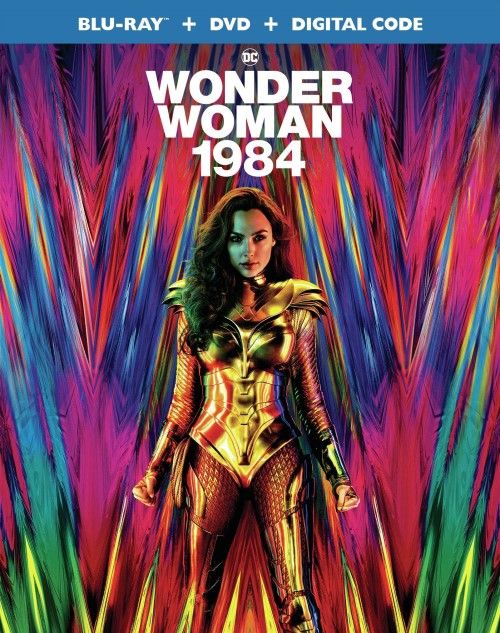 Movie
2017’s Wonder Woman was the shining star of the DC expanded universe for the last 3 years. Several films have come CLOSE to rivaling it’s shining star, but there hasn’t been a film in the DCEU that has beaten it to date. Director Patty Jenkins was heralded as bringing in the next era of DC live action films, and was basically given carte blanche to do whatever she wanted for the sequel. Wonder Woman 1984 was one of the most highly anticipated super hero films of 2020, as the 1980s inspired trailer had the entire internet babbling in excitement. The movie was finished, ready to rock in summer of 2020..aaaaaaaaaand then Covid-19 hit us like a ton of bricks and basically upset the entire theater business model in a matter of weeks. Instead of coming out back in the summer when things tentatively came back online after the initial lock down, Warner decided to bide their time and release the film at Christmas time, to a supposedly more active viewing audience.

Well, Patty’s magnum opus of Wonder Woman takes a sever blow to the chest with her sequel. All of the fun, the magic that made 2017’s Wonder Woman such a breathe of fresh air in a stale Snyderverse franchise came crashing down into a pile of jumbled, inefficient, hours of film. Wonder Woman 1984 has all of the pieces of a great film, but somehow manages to squander it in an over bloated attempt that just fails at putting all of the pieces together into something good, and retcons some of the continuity from previous films (the main one being that in Justice League it’s made known that Diana hadn’t been seen since WWII, but suddenly she’s cavorting around to the public in 1984 in full gear).

I’ll try to summarize the jumbled film here without giving away any major spoilers, but I’ll have to leave out a lot of the plot (and million sub plots) as I do so. Diana Prince (Gal Gadot) opens up the film by foiling a robbery in a mall in 1970s Lynda Carter era fashion, only to shift back to her real life persona of working at a museum. Her mousy and socially awkward co-worker Barbara Minerva (Kristen Wiig) has just discovered a mysterious, if not unobtrusive, artifact that actually turns out to be the wishing stone (otherwise known as the monkey’s paw, the original Djinn fable etc) that can grant wishes to whoever wishes upon. Not knowing it’s full power, Diana absent mindedly wishes for the love of her life, Steve Trevor (Chris Pine) would come back to her. Barbara wishes to be just like Diana (we all know where that is going), but there is another figure who actually knows WHAT the stone actually is in the picture. This would be failed businessman Max Lord (Pedro Pascal) who has been searching for YEARS for the stone. His failed businesses are on the verge of collapse, and he figures out that if he can harness the power of the stone, all wishes and dreams that he’s had will be fulfilled. In a twist of fate he not only wishes on the stone, but wishes to BECOME the stone itself, pulling all of it’s evil magic into himself and gorging himself on the wishes of the world.

The joy that Wonder Woman brought 4 years ago is still there, but just in limited quantities. Gal Gadot still shines as Wonder Woman, but she’s almost a secondary character in her own movie. She’s side lined by what is known as Spiderman 3 syndrome. That is, having too many villains, and too many subplots to keep ahold of. Combine that with a bloated run time that feels like it has run it’s course with an hour left in the film, and you have a recipe for a crumbling disaster. Well, disaster is a bit too harsh, as WW 1984 really isn’t a disaster. It’s just bloated and jumbled as Diana and Steve jump from one situation to the next, even restarting the film at the 1.5 hour mark and almost feeling like we’re in a different film. By the time the final battle ensues, I was so worn down from all of the messed up and fractured story telling that I didn’t even enjoy it. Wiig is painfully bad as Barbara, and her transformation into the arch villainess Cheetah is short lived, and really cheesily done (that CGI is 2010 level stuff). The only real shining star that stands out as fantastic is Pedro Pascal as Max Lord, the ever greedy businessman. Pedro just CHEWS the scenery to excess, hamming it up to level 11 and actually pulling off scenery chewing at a Peter Stormare level. He’s over the top, excessive to the extreme, and he’s made into a fantastic villain as a result. Sadly the rest of the movie can’t hope but keep up, and Patty Jenkins followup film falls apart like Iron Man’s armor in Iron Man 3.

Rated PG-13 for sequences of action and violence

Not as stunning as the 4K UHD disc, the 1080p Blu-ray is still quite a handsome looking picture nonetheless. The wildly vivid 80s color palette is sharp and bright, with great saturation levels. Details are generally REALLY good, though I notice the overall look to the film is a good bit softer on the Blu-ray than I was expecting. Some of the interior shots show crush in the black levels along with noise spikes, and the facial details just seem a bit smooth. There’s some noise in the brighter shots (such as the mall), but overall not enough to really detract from the picture. Just enough for me to sit up and notice it when compared to the great looking 4K UHD disc.

The film shares a bevy of different language options for various parts of the world, and not only gives us the typical English Dolby Atmos track, but an Italian and German Atmos mix as well. The Atmos track is just about perfect, and one of the most balanced super hero tracks I’ve heard. Most of these action films are sonic bass machines, with an overwhelming low end and mass surround usage. Well, there’s plenty of bass, and plenty of surrounds, but the track is much more finely tuned than the assault weapon it usually is, and is very evenly played out among all the channels. The track is light and airy, allowing us to hear the roar of a plane as it shoots across the sky, or the screaming of people running through the rubble that is the world near the end. Battles carry massive weight to them with a heavy bass track, but the bass isn’t front and center like so many others. It’s punchy, powerful when needed, and quite deep, but it adds split second support to the mix and then fades back to a much more restrained level until suddenly called upon again. Dialog is crisp and cleanly located where it should, and the overheads get a LOOOOT of workout with discrete sounds. The battle in the desert is awesome with all sorts of directional shifts, and the chaos at the end really feels like the pressure is pushing down from above, and the sides at once. Great mix (one that is shared with the Blu-ray as well), and outside of wishing for just a little MORE bass, this is near perfect.

It’s kind of amusing to watch the villain of the series sum up the whole of Wonder Woman 1984. Max spouts out the line that “more is better!” near the end as he absorbs all of the world’s powers in a never satiated lust for “more”. That line pretty much is the essence of the film making process as well. More is better is the word of the day as Patty Jenkins stuffs in more villains, more sub plots, more battles, more, more, more, more! Till the film just collapses in on itself under its own weight. The movie has a lot of good pieces going for it, but that’s all they are, just pieces at the end of the day. Gal Gadot and Pedro do wonders with what they’re given, but are simply not enough to save this lumbering behemoth of a super hero film. Though not AS good as the 4K UHD disc in the video department, the film still garners a good video encode and a stellar audio mix (same Atmos track on both Blu-ray and 4K UHD), so fans of the film won't be disappointed by the technical aspects of the release. Worth a rental at least.

This movie was an utter disappointment on all fronts. In regard to the Atmos mix, there was very little use of the overhead speakers. In fact, my amp for my four overheads went into sleep mode from lack of activity (first time that's ever happened on an Atmos mix). I also watched some scenes with the Trinnov Atmos viewer, which shows how the mix is being steered and sure enough, it rarely, if ever, went to the overhead channels. The only scene were it looked prevalent was when the plane took off from DC for a very brief instant.

Epoxy1 said:
This movie was an utter disappointment on all fronts. In regard to the Atmos mix, there was very little use of the overhead speakers. In fact, my amp for my four overheads went into sleep mode from lack of activity (first time that's ever happened on an Atmos mix). I also watched some scenes with the Trinnov Atmos viewer, which shows how the mix is being steered and sure enough, it rarely, if ever, went to the overhead channels. The only scene were it looked prevalent was when the plane took off from DC for a very brief instant.
Click to expand...

I can't believe how amazing Wonder Woman was, then this comes as the sequel. it left me shaking my head the entire movie

Michael Scott said:
I can't believe how amazing Wonder Woman was, then this comes as the sequel. it left me shaking my head the entire movie
Click to expand...

I couldn't agree more. From the Penthouse to the Outhouse.