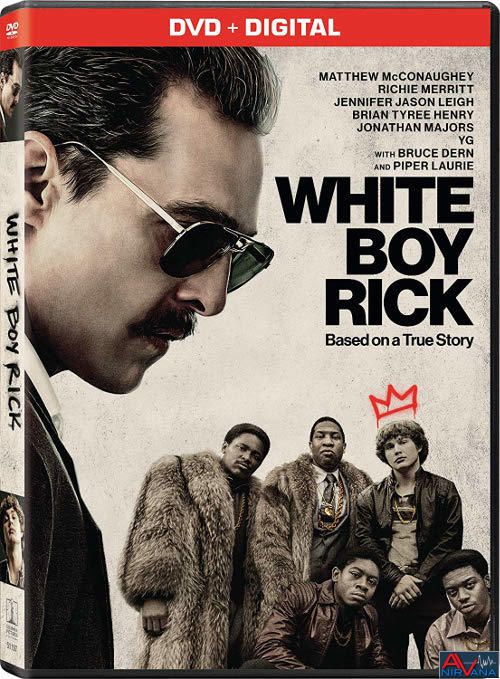 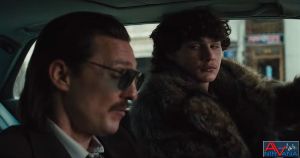 Movie
True crime stories are often more fascinating than real life. None more so than the story of Ricky Wershe Jr., a drug dealing king pin who was convicted in 1988 with a life sentence, all while barely being 17 years old. Directed by fairly newcomer Yann Demange, White Boy Rick chronicles the years leading up to Ricky’s rise to the top of the Detroit cocaine distribution business, and the blistering downfall that he receives when the feds stop using him as their way INTO the drug business, and throw him under the bus when his usefulness is gone. Part crime story, part depressing drama, White Boy Rick hovers on the verge of being really good, with a fantastic setup, before Yann can’t seem to figure out how to nail the landing. It’s a good effort, but one that’s slightly flawed in execution and tone.

Rick Wershe Jr. (Ricky, played by Richie Merritt) is your average 14 year old. Hangs out with is ad at gun shows, learns how to rip off dealers, and then sells the guns to drug dealers at a massive markup (thanks to his dad being a sleazy FFL who manufactures silencers for the cheap military surplus AK variety guns that the U.S. was saturated with after the end of the cold war). Sadly Rick Wershe Sr. (Matthew McConaughey) is a bit of a loser. His little side business of selling guns and illegal accessories to scumbugs has only netted them pain and suffering. They get a few bucks, but Ricky’s sister Dawn (Bel Powley) is a raging drug addict who hates her father, and Ricky himself is trying to make a few bucks by following in his father’s footsteps. When two FBI agents (played by Jennifer Jason Leigh and Rory Cochrane) approach him to sell drugs for them in exchange for them tracking WHERE the drugs go, Ricky jumps at the chance.

In reality Ricky has no choice. His dad is going to be busted for illegal arms dealing and Dawn is a druggy whom they could lock away without barely a moment’s notice. His only choice is to get deep into the game and start making some money in hopes of getting out. However, Ricky doesn’t want out when he’s got a taste of the game. Soon he’s making $10,000 in just a few weeks and he’s got bigger aspirations. However, a rogue rival shooting leaves Ricky with a gunshot wound to the chest and the final desire to get OUT of this nightmare. That is until he’s sick and tired of living a poor, sleazy, life like his father and decides to get back in without the FBI’s. A move which will net him the distinction of being the longest serving non violent felon in all of Michigan history. 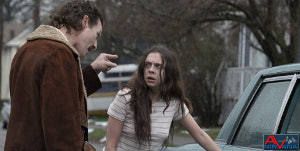 As I said, Ricky Wershe Jr. is real. White Boy Rick is a fairly accurate depiction (as Hollywood biopics go) of his rise to power, and it’s a bitter tale. The film takes some liberties with interactions and people, but gets most of the highlights pretty easily, and kind of paints law enforcement in a sour light as well. Non violent drug crimes have been a hot spot in recent years, as more and more people seem to be sick with prison systems being filled up by people who just smoke a joint or pop a few pills. Rick’s sentence plays out like the highlights of a maniacal system gone wrong, as the FBI are just as happy to throw Ricky under the bus despite the fact that they CREATED him in the first place. The real Ricky just got out on parole after searing 29 years in prison on July of 2017, a move which actually prompted the creation of this movie.

I liked the first half of White Boy Rick, as it played out nothing like I expected. Instead of focusing on the drug dealing and the powerful 17 year old who took Detroit by storm in the 80s, it focuses more along HOW Ricky got to be who he was. It starts out early and spends most of the time showing Rick on the upswing. However, the 2nd half of the film sputters out a bit as director Yann Demange can’t seem to figure out where he wants to go with the film. Instead of delving deeper into the character, Yann gives us the basic case point of the real Rick’s takedown and betrayal by the Feds, giving us a bleak third act that feels so hopeless and so dark that you almost wonder what the purpose of the film is. It serves decently as a biopic, but as a narrative the last act just sputters and fizzles away what could have been a great ending.

Acting is a mixed bag. Ricky is played by Richie Merritt, a literal first time actor who shows how green around the ears he is (acting wise). I guess it makes it more realistic in some ways, but the kid feels a bit too dopey to be playing Ricky Wershe junior. Matthew McConaughey still proves he’s one of the most versatile actors out there, giving off a great performance as Ricky’s greasy and slimy father. Bel Powley turns in a great performance as well, portraying young Dawn as a truly tortured character who is living life on the ragged edge. Jennifer Jason Leigh basically coasts through the film as the FBI lead, giving a solid role, but not really being taxed with her abilities by any stretch of the imagination. 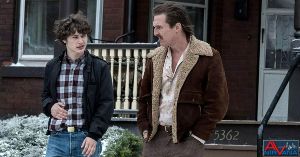 Sadly we didn’t get a Blu-ray to review for White Boy Rick, but from what I’ve gathered from forums and some reviewer friends, this was indicative of a lot of the reviewers and the Blu-ray isn’t a heap better than the DVD. Yann Damange filmed the movie with a very specific look, which in short is bleak, drab and sallow grungy look that was meant to imitate the tone and feel of the narrative itself. Colors are very earthy and dim in tone, with splashes of pale blues, or a glimpse of a red neon light in a bar. The colors themselves are rather desaturated, with heavy yellow and white hues to the color grading, leaving faces rather sallow and contrast dim. The film has some good detail levels in some of the daylight shots, but most of the film is in darkness and dirty warehouses where the black levels are taxed rather heavily. The blacks are the weakest part of the encode, with smeared and crushed dark sequences and some digital noise that keeps the image from ever looking razor sharp. This isn’t a thing that can be held against the movie due to the fact that it was intentionally shot this way, but White Boy Rick is not what you would call an eye candy film.

The best part of the film is easily the 5.1 Dolby Digital track. It’s aggressive, powerful, and extremely moody throughout the movie. There’s plenty of dialog heavy pieces throughout the film, but it’s also punctuated by some incredibly exciting and visceral moments as well. The racking of an AK-47 bolt carrier group, the thunderous pounding of a night club, and a death scene make some really good use of the low end frequency levels, and the surrounds get some neat moments throughout with the more boisterous scenes. It’s not a wild and heavy track non stop, but the mix is more than competent and adds some real authority to the audio. Dialog is clean and clear, and the mix evenly balanced (except for a very VERY hotly cooked bass scene about halfway through the movie that had the entire listening position vibrating like nobody’s business).

White Boy Rick is a solid true crime biopic about one of the more unique drug kingpins of the 1980s. It’s sleazy, greasy, grimy, and bleakly entertaining all at once. The first half has the most potential of the two parts, but it’s still a solid biopic at heart. McConaughey is a powerhouse in anything he does these days, and his performance here is truly standout. The movie itself is a bit weaker than I would have liked, but I really did enjoy the gritty tale (except for the ending which was almost too bleak for it’s own good), and the DVD’s technical specs are more than reasonable considering the unique visual style Yann Demange was going for (by the way, there is a Blu-ray of this available as well, although we weren’t provided that for the review today). All in all, recommended as a solid rental or at least a good watch.

Thanks for the review. I will see it once it is on amazon prime/netflix.