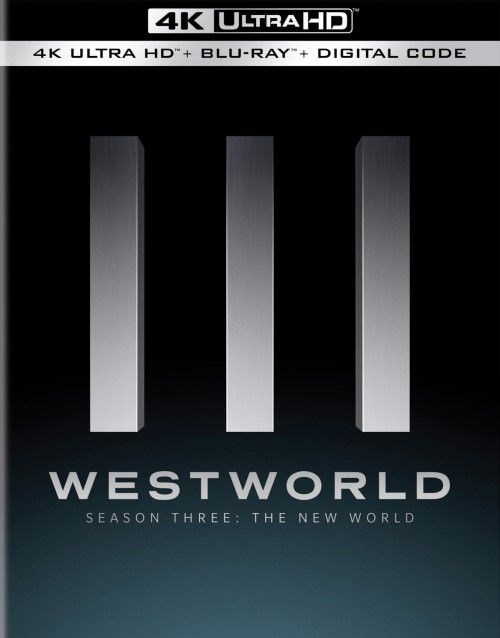 Movie
Westworld has been one of the more interesting unfoldings on TV for the last several years. The first season was probably one of THE prime examples of perfect TV in modern history, while the second season took a decent nose dive as it got overly convoluted and strayed further and further from the source season. Season 3 is a noticeable step up in quality over the sophomore season, but it also strays further and further from the first season’s roots, leaving the world of Westworld behind, and turning it into a futuristic sci-fi thriller show that has less brains, but more action than it’s predecessors.

At least we can say that season 3 isn’t a complete mind job like season 2 was. I always felt that Season 1 carried a perfect balance of mystery, misdirection, and guesswork to keep the viewer on their toes, but the second season went full on “what is going on?” to the audience as a way to keep them engaged. This year is much more laid back, with less of a mystery, and more of a futuristic game of and mouse going on. The first episode picks up right after the finishing off of season 2’s finale, but is rather intentionally disjointed as we are reintroduced to the characters who got out of the park. Dolores (Evan Rachel Wood) is now out in the real world and is out for blood. Acting as a seeming vigilante, she’s slowly building up the tools necessary to make her “species” a major player in things to come. Some new blood enters in the game in the form of Charlotte Hale, who is being used by Dolores in her manipulations, and we get to watch as Charlotte slowly changes from what she was in the park, to what Dolores “wants” her to be.

The story is interrupted with the story of a human (at least we think he is) named Caleb Nichols (Aaron Paul) an ex soldier with PTSD syndrome who is trying to recover some semblance of his life. He’s been moonlighting as a petty criminal with the use of an app called RICO (I did get a chuckle out of the name), but sooner or later he’s going to be drawn into Dolores’s grand plan and when he does, it may change the face of humanity forever.

Season 3 is much more “generic” (to use a broad term) than the last two years. For those enjoying the feeling of the park, the mental manipulations and the multi time lined stories going on simultaneously, you may be a bit disappointed as it’s a bit more straight forward in the storytelling. This feels more like a “robot thriller” rather than a mystery box, but it still is quite fun I have to admit. Dolores is a great character, and her changes throughout the show is really spectacular as she shifts away from her sympathetic victim character that she started out as. On the same note one of the more cold and calculating characters slowly takes on the sympathetic protagonist role in the form of Maeve (Thandie Newton) as she tries to filter out what’s real and what’s not in this world. Simultaneously we have a THIRD story line going on in the form of William (Ed Harris) and Bernard (Jeffrey Wright) as we learn some things about the creation of the park and an insidious worldwide plan that has been going on for quite some time.

I liked this 3rd season, and while it’s not the same show as Season 1, it is still very much entertaining due to Jonathan Nolan really keeping to the Memento style of story telling. It’s intricate and engaging, and the final selling point is really the characters. Bernard, William, Dolores, Maeve, they’re all incredibly engaging thanks to the top notch acting by the men and women playing them, and I for one am really looking to the next season to see where it takes us.

This year’s 8 episode adventure was mostly shot on film, but supposedly some of the night time shots and exterior shots in dim lighting required some digital cameras to get the look they wanted. Most of the production is in the classic 1.78:1 framing for TV, but some shots in the old west area of the park (usually with Maeve) will open up to 2.35:1 scope. The imagery is absolutely lovely, and Warner Brothers has certainly gotten a handle on the use of HDR to enhance the black levels and colors this year (season 1 had some issues). Blacks are deep and inky, though the use of digital cameras sometimes introduces digital noise, and the film grain for the vast majority of the actual FILM stock shot material is very fine and unobtrusive. There’s a bit of a blue/green tinge to many of the shots in the modern day world, with blinding Ipod whites and glossy blacks. The park still has that amber and honey look to it that we know and love, but details abound in both locations, and sharpness is generally spot on (though sometimes the more CGI intensive bits, such as the robot, tend to show some smoothness to the image). All in all, great looking encode.

Like both previous seasons, Warner gives the 5.1 DTS-HD MA track to the Blu-ray discs, while giving the 4K UHD set an upgraded Atmos track to enjoy. Luckily the 5.1 mix is nearly perfect as it is, so the Atmos track just fine tunes the already great Blu-ray’s mix with some added height channels and a light and airy sound to the surrounds. The heavy electronic score is pulsating with power and authority as heavy bass beats and surround flurries keep it humming nearly constantly. Action is loud and vicious, with rip roaring gunshots, the sound of screaming in the background, and the impact points of bullets over all points of the sound stage. Overheads aren’t WILDLY used, but they are used judiciously, allowing for the sound of helicopter rotors to come in over the top, as well as the scores’ background noises to softly bleed into said upward channels. Great mix, great addition to the package, and a total treat to listen to. 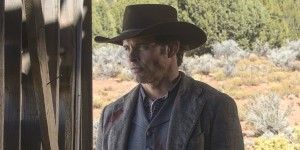 As I said above, season three takes a more typical and less “mind job” approach to it’s narrative, but still manages to be highly entertaining. Sure, sometimes it drops into the cliched metaphysical (stuff like “what is free will?”, “what is my purpose?” and “Destiny”), but the highly dense material really takes some effort to unpack, and that effort is usually rewarded well (sorry, I’ve been playing too much Gauntlet recently so my brain is still on quests and rewards). The 4K UHD set is fantastic, as it really shows the highlights of HDR and the extra resolution, and the extras, while a bit slimmer this season, are still well worth digging into. Recommended as a good watch.