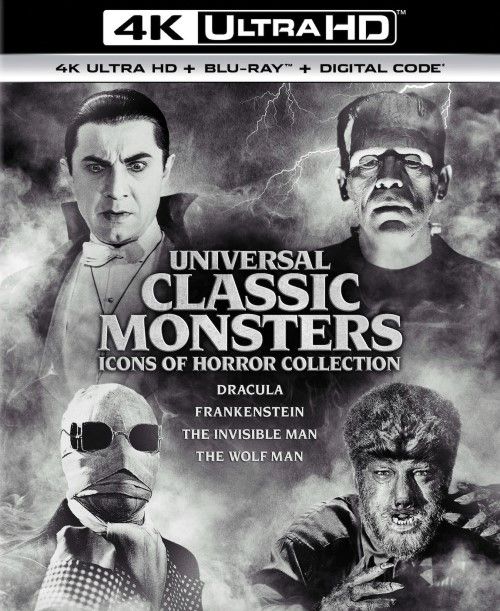 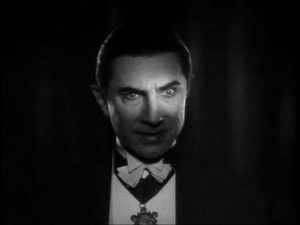 Movie
Well, while I know everyone would have LOVED to have had the 30 film Universal collection converted to 4K UHD, that’s a bit of a tall order (and the price would probably be insane), but much like Hitchcock 4K 4 pack we get another 4 set of taste testers in the form of Universal’s most prominent golden age of horror movies. Yup, Dracula, Frankenstein, The Invisible Man and The Wolf Man all in one nice little set of 4K goodness.

Dracula is the progenitor of the whole franchise, making Bela Lugosi a living legend in 1931 as the undead count Dracula himself. After hypnotizing a British soldier named Renfield (Dwight Frye) into becoming his servant in the living world, Count Dracula leaves his home of Transylvania to move to London where he continues his reign of terror upon a more “modern” society. However, when he sets his evil gaze upon Mina (Helen Chanlder), the count brings notice to himself and brings out the legendary vampire hunter Van Helsing (Edward Van Sloan) who is intent on putting the undead count out of everyone’s misery.

Frankenstein is probably one of the most iconic of the set simply due to how legendary Mary Shelley’s novel was. A cautionary tale about who is the monster and who is the “human” in her story, it translated incredibly well to screen with the hulking and craggy frame of Boris Karloff, which came to screen the same year as Bela Lugosi’s Dracula. The story is as most people know. Dr. Henry Frankenstein (Colin Clive) tries to create life out of dead corpses, and finally gains his goal with a monster of unspeakable power (Boris Karloff). However, confused and tortured, the monster makes his way into the wild, drawing the ire of the countryside who fear him as the true monster, forcing Dr. Frankenstein to hunt down and face the being that he created. 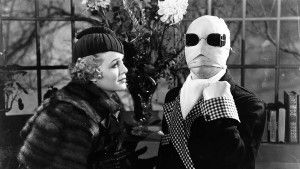 The Invisible Man is probably my favorite of the H.G. Wells adaptations (even more so than the over played War of the Worlds) as it’s more sci-fi than true “horror” (even though back then the two genres were basically the same. Sci-fi was less fun and pulpy and more cautionary tales about technology gone awry) and creepy to boot. Searching for a new miracle drug, Dr. Jack Griffin (Claude Rains) accidentally creates a potion that can turn a human being invisible. However, the potion has a major side effect. It causes the user of said potion to turn insane. As Dr. Griffin continues to use his miracle discovery he descends deeper and deeper into the pit of madness, forcing the police to hunt him down like a dog after a series of violent escapades.

The latest and “last” of the originals, The Wolfman is pure classic horror, and where we get most of our werewolf movie inspirations from. When his brother dies, Larry Talbon (Lon Chaney) moves back to Wales and finally buries the hatchet with his father (Claude Rains once more). He ends up purchasing a fancy silver cane during his stay there, hoping to curry favor with the gorgeous shopkeeper (Evelyn Ankers), but ends up defending himself from a powerful wolf with it. Unbeknownst to Larry, the wolf he killed was actually a werewolf, and the act of killing it with said silver cane means that the curse has been transferred to his own self. Meaning the young man will slowly become the very creature he killed.


Not Rated By the MPAA 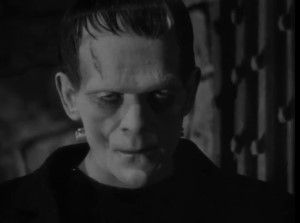 All 4 of the films look incredible in 4K UHD, although those of you used to modern day 4K encodes may not be as appreciative of the grainy black and white photography. They’re all very dim and dark films by nature, and while you wouldn’t think it from first glance, the HDR application is REALLY startling in black and white films. Black levels are probably one of the biggest boons with the use of HDR and this 4 film set really shines. The film stock is grainy and slightly out of focus on background shots, but the grain is very natural and much more apparent than the already fantastic Blu-rays from a few years back. What really shocked me was just how much detail was present in the films. Take, for example, the scene in Frankenstein where the Dr. and Igor are listening to the monsters screams. The whole castle looks jaw dropping with it’s textures and clarity. The Wolf Man is probably the softest of the bunch (it was on the Blu-ray as well), but it still manages to show impressive improvement over the Blu-ray. Dracula makes good use of matte backgrounds which appear softer than the physical figurines and set pieces of Frankenstein, but all 4 films are top notch. Bravo Universal, bravo. 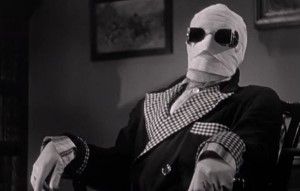 The 2.0 Mono tracks found on the 4 films are the identical restored tracks used for the 30 film collection on Blu-ray that I reviewed a year or so back. They hover right around the 4/5-4.5/5 range for the most part and they show that Universal really put a LOT of effort into remastering there. There’s a few hisses and of course the harsher high end that these older tracks have, but otherwise they are free of major source issues and sound impeccable. Voices are clean and clear up front in the mains, and the orchestral style score fills it out nicely. I’m not shocked or horrified that we didn’t get Atmos or something fancy. These are 80-90 year old films that were made with VERY simple Mono architecture and really wouldn’t benefit from artificial tinkering. They have their limitations due to the Mono nature of the mixes, but they are all quite impressive considering that we’re coming up on 100 year old films soon. 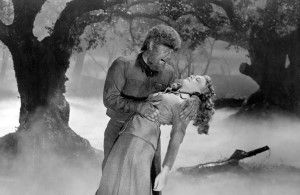 • Spanish language version of Drácula
• The Road to Dracula
• The Frankenstein Files: How Hollywood Made a Monster
• Karloff: The Gentle Monster
• Monster by Moonlight
• The Wolf Man: From Ancient Curse to Modern Myth
• Now Your See Him: The Invisible Man Revealed

These classics are considered the cream of the crop for the old Universal monster movies, and once again, while we all would have loved to have seen a 30 film 4K UHD boxset, it most likely wasn’t very doable unless a lot of money and time was spent with them. The 4 discs that we do get are definitely worth the upgrade in my opinion, with fantastic black and white 4K UHD transfers of meticulously restored films. The Blu-ray was good, but this 4K UHD set definitely takes the cake. My only real complaint is that Universal is STILL using cardboard sleeve trays for their sets like this. My left eye twitches at these sets instead of Viva Elite cases due to the propensity for them to scratch easier than a regular Blu-ray case, but at the end of the day it’s simply me being a nitpicky collector vs. being a serious offense. Highly recommended.