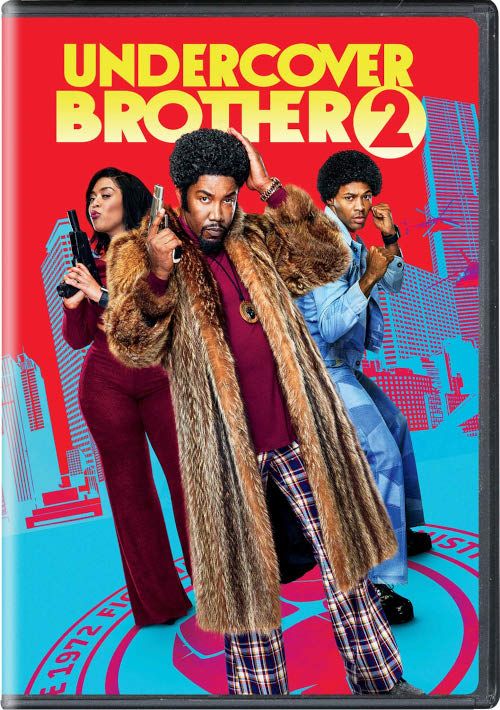 Movie
Who here likes 2002’s Undercover Brother? I fully admit that it isn’t the best of the comedy genre, or even a GOOD comedy, but it is one of those guilty pleasures that I enjoy whipping out when I’m super bored and have taken a few too many shots of whiskey on a weekend. I actually didn’t even realize that Universal had put out the original film on Blu-ray a few months back until this sequel came across my doorstep and I dug up that the original got a re-release in August of 2019! (which immediately meant my credit card was out and grabbing the original as fast as I could). However, the cynic in me wondered if we REALLY needed a sequel to the black Austin Powers of the cinematic world, especially considering the fact that Eddie Griffith wasn’t reprising his titular role as the undercover brother, and instead was passing on the torch to Michael Jai White (whose comedic skills are not exactly up to even Eddie’s standards).

The film starts out in 2003 after the events of the first Undercover Brother, chronically how the super fly Undercover Brother (Now Michael Jai White) stopped “The Man” (now played by Barry Bostwick) from mind controlling the black community with drugged fried chicken. Now he’s back out to stop The Man once more in his super secret Austrian snow bound hideout, only things get thrown out of whack when his younger brother Lionel (Vince Swann) tags along to “help” catch The Man, inadvertently screwing it all up and getting the two of them frozen in an avalanche 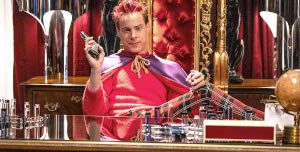 16 years later the Undercover Brother agency finds the two heroes stuck under the ice, and defrosts them back to life. Sadly Lionel is the only one to wake up, while Undercover Brother is stuck in a coma. Bent on revenge, Lionel begs the chief of the Undercover Brother agency, Honey (Laila Odorn), into having him take over his brother’s assignment to take down The Man. Now Undercover Brother’ brother is the new brother in town, and it’s up to him to use every disguise at his disposal to stop The Man from taking over once again. That is, if it’s actually The Man in charge anymore (and naturally it’s not). You see, The Man is now a homeless bum, while his son has taken over the family business and is too busy getting “woke” to further his father’s goals. The only thing is though, he’s distributing pure “wokeness” in drug form to everyone so that they can be forcefully awoken to the plight of the downtrodden, creating a whole new set of problems.

Yeah, yeah, yeah. It doesn’t take a genius to realize that Undercover Brother 2 is a horrible movie. The first movie was pretty dumb, but at least it had an all star cast including Neil Patrick Harris and several others to help Eddie Griffith back. Now it’s juts a low level DTV film with Michael Jai White only being in the film as Undercover Brother for 15 minutes, leaving the rest of the movie up to his protege brother (from the same mother), and Barry Bostwick (whoc has aged REALLY badly). It’s a train wreck of epic proportions with the only funny part of the whole movie is them playing fast and loose with “woke” culture and lampooning it rather harshly.

Rated R for some sexual material, language and drug content. 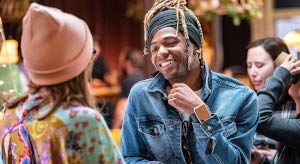 The 1.78:1 framed DVD looks very good for a DVD. In fact, it looks better than I was expecting. So many modern day DVDs are artifact ridden and put on as cheaply as possible, but this one is actually rather impressive. Clarity is sharp and clean for the digital shoot, with fine details showing up in abundance. Clothing is intricate and well defined, while colors are extremely vibrant and full of pop to them. Saturation is deep and full, while the visual’s are fairly neutral in color grading. There’s some mild softness inherent to all DVDs on a big screen, and some very mild macroblocking, but otherwise this is a nice looking disc with deep blacks, strong colors, and solid fine detailing. 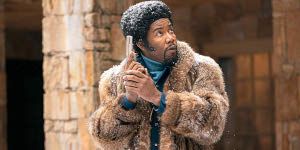 The 5.1 Dolby Digital track is just as solid, giving us a traditional action/comedy track that is both punchy and a bit front heavy. Most of the track is geared up for laughs with dialog the main focus of the track. Which naturally means that it’s a bit front loaded in nature. Not to fear, there’s still enough action and dumb jokey scenes that bring up the more dynamic aspects of the track and add in some surround and LFE activity. Still, it’s never a wildly aggressive mix to begin with, and sticks more in line with the traditional comedy tracks where the surrounds and LFE are just simple support mechanisms rather than integral parts of the mix. 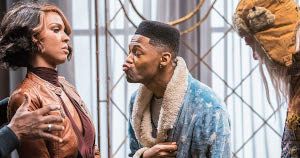 Undercover Brother 2 is exactly what I guessed it would be when I saw it show up on my doorstep. An unneeded, unnecessary, completely idiotic and inferior film in comparison to the first one. Which already wasn’t exactly at the peak of comedic excellence as it was. Undercover Brother is kind of a guilty pleasure / drink night type of movie, but the sequel is just plain DTV baaaaaaaaaaaaaad from beginning to end. The DVD itself has some nice audio and video specs, but lack of extras and the wince worthy movie contained on the disc certainly offset those positive points. There IS a Blu-ray release of Undercover Brother 2 out there, but it is part of the Universal MOD program (Manufactured on Demand) and thus isn’t exactly sold in most stores as a result. Definitely a Skip It recommendation from me.

Thanks for the review. Since I never saw the first version and this version is a skip, I will skip it as well.

I started to watch it on Netflix last night...mace it through about 20 minutes, and turned it off.

Negatron said:
I started to watch it on Netflix last night...mace it through about 20 minutes, and turned it off.
Click to expand...