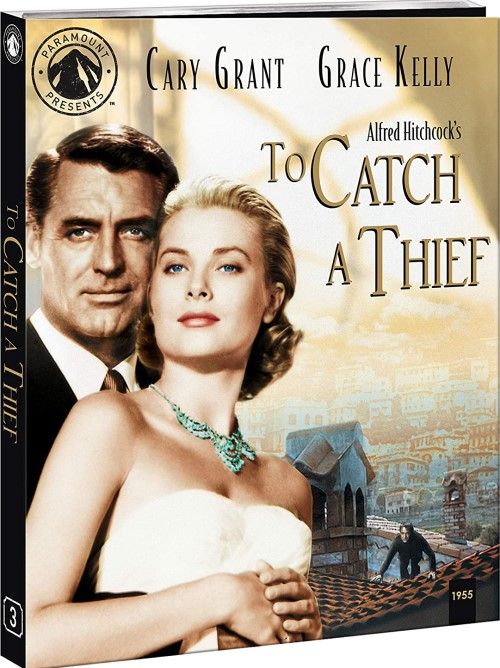 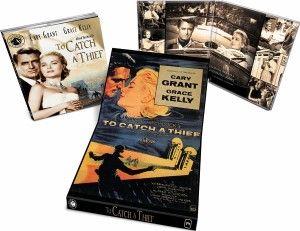 To start out we’ll revisit one of my favorites. To Catch a Thief is one of the few of Hitchcock’s film that aren’t owned by Universal Studios, and also one of his more “different” films in tone and feel. It doesn’t have that spine tingling thriller/horror nature that so many of his films are known for, but instead focuses on more of a caper mystery as the motif. Along with some good old fashioned Cary Grant suave romance, and a story about mistaken blame. Maybe it’s BECAUSE it’s so different is why I tend to watch and re-watch To Catch a Thief more than some of Hitchcock’s better received films. It has such a mainstream appeal to it, but also one of the better Cary Grant acting jobs of that time period. There are almost no flaws to the film, and even some 65 years later it holds up incredibly well.

The film revolves around Post-WWII French Riviera, where rich French Socialites are losing their jewels at an alarming rate to a thief that the police have dubbed “the cat”. High on the suspect list is one John Robie (Cary Grant), a pre-war jewel thief who was sort of “pardoned” for his act in the French resistance (supposedly killing 72 occupiers getting people to safety). However, with jewels disappearing like crazy the police are certain that he’s the man. Unfortunately for them, Robie is a skilled thief, and is able to elude the police and find refuge with his friend Bertani (Charles Vanel). 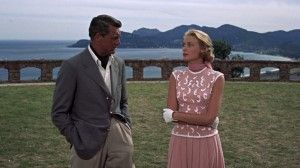 After the police hound him again and again, Robie decides that the has to do what the police seem incapable of doing. Find out who is REALLY stealing the jewels and clear his name. Utilizing the help of insurance agent H.H. Hughson (John Williams), Robie is able to get ahold of a list of the top richest people in the Riviera with jewels worth stealing by the cat. Assuming a false identity, the ex thief ingratiates himself into their circles, soon earning him respect of said socialites, as well the amorous eye of one Francie (Grace Kelly). As the jewel thievery continues, Robie gets closer and closer to the perpetrator, proving that sometimes it takes a thief to catch a thief.

At it’s center To Catch A Thief is pure fun escapism. It’s not nearly as twisted and convoluted as other Hitchcock films, but that’s what makes it fun. It’s a 1950s mystery with Cary Grant. The movie is superbly acted and expertly photographed, and I still have a blast watching it each year. It doesn’t have the grandiose or gravitas of other blockbuster films of the time, and actually sits back and enjoys the caper more than anything. An amazing film, and one of my favorites to revisit. 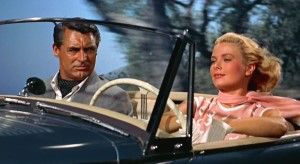 Well well well, I feel like we’re dealing with Patton all over again. Paramount described in their press release that the Paramount Presents films were going to come from brand new 4K masters, and you can obviously tell that this is a new transfer. I pulled out my 2012 Paramount release and watched both one after the other and it’s blatantly obvious that there are major differences. The first being that the new 2020 transfer has some distinct color changes as well as brightening done to it. I’m not just talking about boosting the contrast, but the entire color timing seems to have been re-done from the ground up. Outdoor shoots look stunningly vibrant and bright, and the already rich colors seem to be more saturated and “pop” a little bit more. Blacks are deep and inky, and while I can not confirm that the old color timing is wrong and this one is right, I will say that I kind of like it.

Now here’s the bad news. In fact, there are several bits of bad news for the new transfer. The biggest one being the DNR that’s applied to the master. The first few seconds of the film I was wondering why the release had been garnering some controversy with other reviewers that I talk to, but after those first few seconds it became blatantly obvious. There is almost no grain in the entire film. Watching the older release back to back with this contrasted it so blatantly that I couldn’t help but hang my jaw nearly to the floor. To make matters worse, it affects fine detailing and facial details pretty dramatically. Faces are waxy and over smoothed, while backgrounds (even if they do SEEM to be a bit more clear) don’t actually give off as much detail as I would have liked. Then there’s the blatant color changing and mess up with day for night shots. There are several major DFN shots that happen throughout the film (the two biggest being in chapters 13 and 15) that have always been heavily tinted green (almost neon green in fact), but always looked like a night shot. The new color timing turns the scenes entirely blue AND it almost looks like they didn’t apply the DFN filter! It’s just a blue tinged daylight shot!

All in all, the video isn’t horrible, as there are some nice changes to the color timing (just in my personal opinion, I’m not 100% certain what is the CORRECT color timing from the theatrical run), but the huge swaths of waxy DNR, changes to the day for night shots, and lack of detail from said DNR really disappointed me. It’s an “ok” transfer at best, despite some definite “pop” to this new 4K transfer. Stick with the old one. 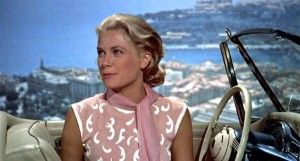 Instead of the Dolby TrueHD 2.0 track that was on the original Blu-ray, Paramount has remixed it to 5.1 Dolby TrueHD for this release. Sadly the original 2.0 Mono track is excluded (even as a lossy mix) from the release as well, which means we’re “stuck” with only the new remix. The new remix sounds to be of the original release just upmixed to 5.1, and while the old 2.0 track was good, it had all the of the limitations of a 2.0 mix. This 5.1 mix is pretty much the 2.0 track with some filtering into other channels and focusing the dialog in the center track instead of in the mains. The surrounds get some mild usage, but 95% of the activity is straight in the front of the room. Some of the channel separation is well done though, with the dialog anchored more firmly in the center, and some of the hustle and bustle of the city in the mains. LFE is near nonexistent, but there was a couple times where my subwoofer amp flickered a bit. A good track for sure, but the purist in me was disappointed that it was the ONLY track, and we didn’t get to keep the original 2.0 Mono mix either. 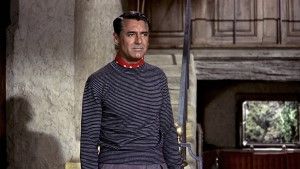 Now, To Catch A Thief is one of my favorite Hitchcock films ever, and for good reason. It has Cary Grant (love the man), a great plot, stunning cinematography, and has had a rather good Blu-ray out for the last 8 years. I really wanted to recommend this new 4K remaster, but due to the apparent DNR, butchering of the Day For Night shots, and the lack of the original audio that the previous paramount release had, I just can’t recommend it in good conscience. In fact, I’d recommend the people who don’t have the film on Blu-ray yet to look for the older Paramount release, as it’s objectively better (even if it’s not a perfect release). Luckily this seems to be an anomaly for the Paramount Presents line of remasters that are out so far (King Creole and Fatal Attraction look awesome), but it’s still a disappointment as I really love this movie and was hoping for some visual magic to happen with the remaster. Skip this particular release.