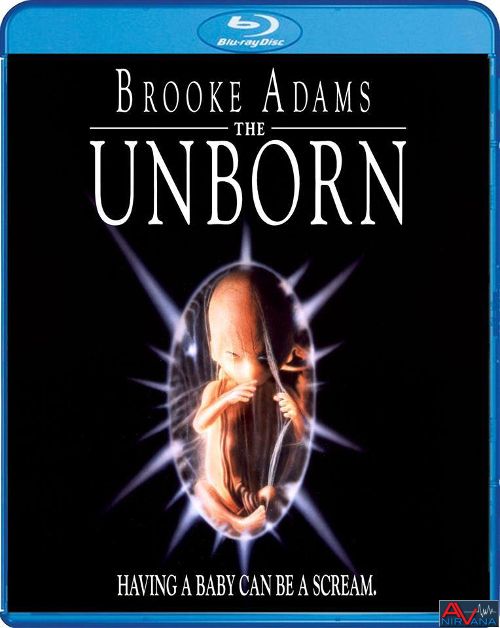 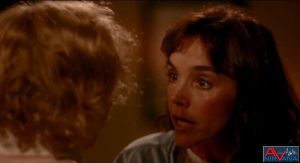 Movie
Not to be confused with the 2009 film of the same title, The Unborn marks the SECOND James Karen film to come to Blu-ray thanks to Scream Factory this week. Along with Return of the Living Dead: Part 2, we get a little bit of a throwback 90s film that adopted some of the same disturbing concepts t hat Larry Cohen did with his It’s Alive trilogy back in the 70s and 80s. Creepy, disturbing, and full of Cronenberg body style horror, the little thriller takes the standard concept of the “evil baby” trope nd continues it with a 1990s style gore fest that is sure to gross you out more than a little bit. However, the 1991 film never gained much traction at the box office, and even on home video didn’t get the cult following other films of that era enjoyed. It’s a creepy little film, but it does suffer a bit from being disjointed and rough around the edges, despite having some great talent involved with the project and a few cameos by actors who were just about to get big.

Virginia Marshall (Brooke Adams) and her husband Brad (Jeff Hayenga) are desperately trying to have a child, but with no luck. They’ve tried all of the techniques and nothing has come to fruition. At the behest of her husband, Virginia decides to go get artificially inseminated at a special fertility clinic run by Dr. Richard Meyerling. However, it doesn’t take long before some strange side effects begin to occur. The only thing is, Virginia isn’t sure what to believe. She’s had psychological problems in the past (and was medicated for it) so she’s not sure if it’s just her. Soon the poor woman comes to the conclusion that Dr. Meyerling (James Karen) is not who he says he is, and she believes that he has inseminated her with mutated sperm that is creating a monster inside of her that she MUST get rid of.

The Unborn gains much of its tense thriller like moments from the uncertainty of the situation. Are the babies that these women are giving birth to at the clinic ACTUALLY evil mutants? Or is Virginia just having another mental meltdown. The film teases at both theories throughout the film, and it’s not until the third act that the truth comes to light and the full horror of what has happened is revealed. Sadly those twists aren’t that well hidden, as most people guessed the monstrous nature of the unborn children as early as Virginia did. Still, director Rodman Flender blends in enough creepy “what if” moments with a healthy amount of gore to create a disturbing little film. 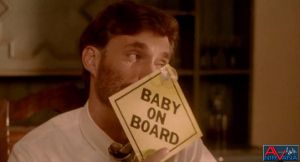 There’s some unintentionally hilarious moments in the film (the scene where the newborn attacks Brad with a knitting needle had me doubling over with laughter), but it’s a genuinely creepy film with some terrifying moments. I dare say that the only times that the tension LEFT the film was when you actually saw the mutant baby. The technology of the day was enough back then, but it looks corny and turns the film unintentionally humorous when it wasn’t intended to be. However, the cinematography for the film is simply fantastic, as they utilized the incredible Wally Pfister, who also did just about all of Christopher Nolan’s films (including the Dark Knight Trilogy) and the odd angles and creepy jump moments are really enhanced by his touch.

Amusingly enough, there are some really good actors on board here, despite the schlocky nature of the film. James Karen is fantastic as the twisted Dr. Meyerling, and Brooke Adams really sells Virginia’s terrified state of mind. There’s also some neat little cameos where we get to see a young Lisa Kudrow before she became Phoebe on Friends, as well as Kathy Griffin before her career really took off. The film isn’t a wild hit of its time, but it IS deliciously creepy and the added 90s style gore makes it a bit more twisted than films of the same genre from earlier decades.

Rated R for gore, violence, sensuality and some language 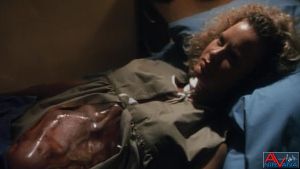 Advertised as getting a new 2K scan from the original elements, The Unborn comes to Blu-ray with a fantastic looking encode that really retains the cinematic feel of the film, while cleaning up the print to pristine shape. The movie was actually shot by famed cinematographer Wally Pfister, who would go on to be Christopher Nolan’s man of choice for years to come (The Prestige, Inception, The Dark Knight Trilogy), and he has given the movie a very It’s Alive feel to it. There’s some elements of Cronenberg, and the physical shock horror is fantastically nuanced on screen. The animations and prosthetics of the early 90s are used well, and even though the image is crystal clear, those effects haven’t aged as much as I thought they would. The film is VERY dark, wallowing in the shadows of Virginian’s home, or the darkness of a hospital lab, but the grain layer is clean and smooth, while the textural details have not been compromised in the slightest. Colors are a bit orangey for the primaries, but the dark lighting gives enough contrast to tame those colors, as well as give plenty of detail to go around. The new 2K scan looks EXCELLENT, but sadly I don’t have the old DVD to compare against to do an A/B comparison like I have done with so many of Scream Factory’s other releases. 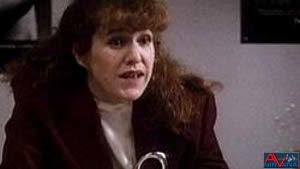 The Unborn features the standard 2.0 stereo track of it’s time in DTS-HD MA lossless, and the simple mix really suits the film. Gary Numan did most of the score, and it’s a creepy affair, lightly lilting and dancing across the sound stage with deft alacrity. The film’s score is used to great effect, adding jump scares, tense underlying mood swings, and great use of music to lead the listener on. The dialog is still the mainstay of the film (as is the case with most 2.0 stereo tracks), and it manages to be forceful and clean from beginning to end. No signs of hissing, distortion, or other audio anomalies plague the track, and the creepy effects of the monster babies is balanced in with the dialog so that never once was I needing to raise or lower the master volume. 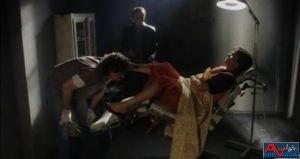 The Unborn is a creepy little “evil baby” film that takes a lot of hints from the It’s Alive trilogy and fuses it with Cronenberg’s body horror and some Rosemary’s Baby as well to make for a bizarrely satisfying horror movie. The copious amounts of gore elevate it from the rest of the 90s schlock, as well as some stellar cinematography from Christopher Nolan’s Wally Pfister. Scream Factory has done a stellar job with the audio and video specs on the disc, but sadly they are REALLY light on the extras. Even lighter than Scream Factory’s normally “skimped” titles. Still, the movie is a creepy watch, and fits in well with any evil baby horror fanatic’s collection. Recommended as a fun watch.

Thanks for the review. I never saw this but will check it out.

Thanks for the review. I can't remember if I've seen it but seems interesting.

Asere said:
Thanks for the review. I can't remember if I've seen it but seems interesting.
Click to expand...

I always feel warm and fuzzy inside when I've seen a horror movie you haven't before Ariel. We pretty much play tit for tat on that genre