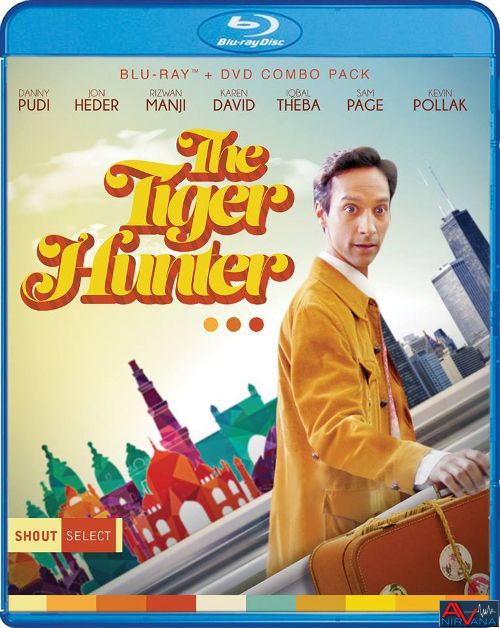 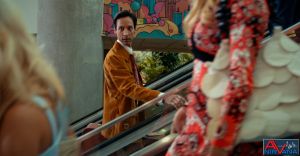 Movie
There really hasn’t been a shortage of films documentary the desire of immigrants to make a better life for themselves in America. Everyone from Eddie Murphy comedies to full on dramas starring Leonardo Dicaprio have gifted us with tales of hope and optimism in becoming something greater than they were on across the pond. However, they have slowly faded over the years, leaving us with gangster stories, tales of failure and oppression, and no more light hearted tales of hope. Lena Khan has vowed to bring back that feeling of hope and excitement with her latest directorial and writing debut in The Tiger Hunter. A movie that just exudes charm and optimism, while dancing very heavily with the well worn comedic and dramatic tropes that have been the staple of these types of films for generations.

Community’s Danny Pudi is Sami Malick, a brilliant engineer who wants to make something more of himself. His father was a legendary tiger hunter in India, but gave up his gun, his possessions, and everything that “made him a legend” to give his son a fantastic education in the best British schools. However, Sami’s talents are sorely wasted in a small Indian village, where the best he can hope for is fixing televisions and old radios for next to nothing. The only thing that gives him hope is his lifelong crush, Ruby (Karen David). Deciding to strike out and make a name for himself in America, Sami heads off to Chicago where he has an engineering job waiting for him. Only thing is, by the time he flies 8,000+ miles to his destination, the job has evaporated due to budget cuts. This leaves the young man with a 6 month work visa, and no way of earning money so that he can continue his stay here in the land of the free.

With that hanging over his head, Sami takes a low level, mediocre, job as a drafter at the same place where he was SUPPOSED to be hired as an engineer, and slogs through his days figuring out how he can attain his dreams. While he doesn’t have a high paying job, he DOES get a place to stay thanks to a Pakistani immigrant named Babu (Rizwan Manji), who allows him to stay at his apartment with 10 other highly trained engineers who are ALL trying to get something better than the blue collar jobs they are forced to do. When Sami realizes that Ruby’s military father is coming to America with her to seek out possible suitors, Sami and Babu hatch a bit of a hair brained plan to snow Ruby and her dad into thinking that he is a successful engineer and win the love of his life.

As I said, this films follows ALL of the genre tropes of the genre. Sami is your typical fish out of water, and he makes friends that allow him to attain his dreams. Even if there are more than a few rough spots along the way. You can almost count the film’s beats minute by minute, as Khan uses every old trick in the book to get to our familiar happy ending. What makes the film actually entertaining is the amount of sheer enthusiasm and racially sensitive charm that the movie exudes. Manji and Pudi both do a fantastic job as Babu and Sami, giving some great performances as well. What shocked the tar out of me was seeing Jon Heder (who peaked with his breakout comedy, Napoleon Dynamite, and hasn’t been seen in a major film since Blades of Glory) playing the role of the straight man in a comedy duo. I almost didn’t recognize him until I glanced and the credits and realized just WHO I was looking at. The nerdy little kid form 10 years ago has filled out a bit, and his voice dropped enough to where he actually looks like an adult! He’s never overly amusing or slapstick, but Heder plays a solid character as the wealthy business owner’s son of the microwave company he’s working for.

With all the ups and downs, and genre cliches, The Tiger Hunter actually plays out rather well. The good old “hope and dreams” of the film may feel a bit outdated with the bitter outlook most have had upon the economy in general, but Lena Khan and Sameer Gardizi (of Modern Family fame) have so much enthusiasm for the subject matter that you just can’t help but get sucked into the cute little dramedy. Combined with some stellar performances across the board, The Tiger Hunter is a charming little film that has just the right amount of heart to make it sweet, and just the right amount of humor to have you chuckling.

The Tiger Hunter was supposedly shot with Arri Alexa cameras and finished with an unknown resolution (although I wouldn’t at all be surprised to find out the digital intermediate was done at 2K), and the digital cinematography is more than pleasing to the eye. Khan gives the film an amber and orange hue to mimic the time period of the 1970s, and the fine detailing across the film is generally quite good (and sometimes amazing). Facial tones are pink and ruddy, while precision detailing across faces and clothing reveal pock marks, individual pores, and loose fibers on the clothing. Black levels also maintain a high quality level, although I did notice banding during the “fade to black” count down scenes. Colors are warm and well saturated, with things like the General Lee’s bright orange popping off the screen, or the neon colors of the disco ball when Sami is trying to impress Ruby’s father in Alex’s father’s mansion.

Shout Factory obliges the fans by giving us the standard 5.1 and 2.0 (for night listening) in the lossless DTS-HD MA encoding. Both sound great, but the 5.1 gets my vote as it is much more dynamic, even considering the dramedy nature of the film. To be fair, I really was expecting a very very front heavy track, but The Tiger Hunter is actually given a decently dynamic mix, with the business of Chicago and the Indian inspired score filling out the surround channels with way more activity than initially expected. Dialog is always crisp and clean (Hindi accents can get a bit thick here and there, but 99% of the time I never had a problem), and evenly balanced with the score. LFE is tight and punchy, adding weight to he music, as well as a few rumble and bang moments throughout the film (think microwaves exploding and muscle cars roaring). It’s a good track, and serves the comedy quite well.

• Not Just An Immigrant Story: The Making of The Tiger Hunter
• Original Theatrical Trailer

The Tiger Hunter follows a well worn path, but its constant exuberance and optimism allows it to rise about the genre tropes that it wallows in, creating a surprisingly entertaining dramedy. Danny Pudi is fantastic as the lead in the film, and even Jon Heder does rather well as the straight man, for once. The movie just exudes charm and simple excitement, and the extra featurette included on the disc show just how much fun Lena Khan had making the movie as well. Shout Factory once again gives us very good technical specs for the film, with my ONLY complaint being so few extras for being a Shout Factory Select movie. Recommended as a solid watch.