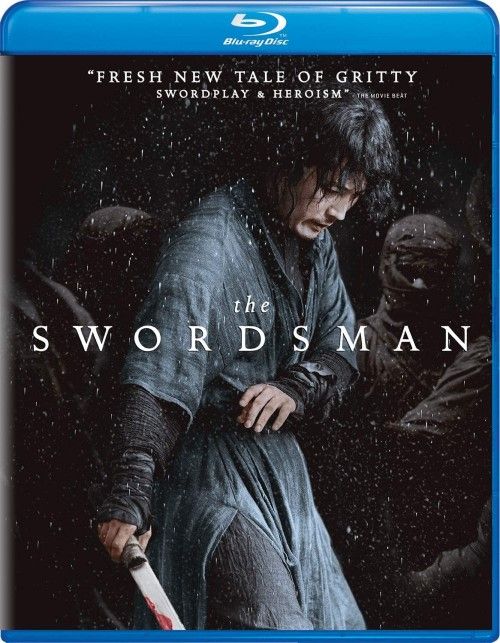 Movie
It used to be that great Asian action films all came from Hong Kong. Back in 60s, 70s, 80s, and even 90s they were simply king. However, with the change of leadership and changes in the world, China is no longer the action Asian mecca of the world. Mainland china focuses more on period piece of animated films, and the action genre is heavily steeped in political propaganda over there. Places like Korea and Thailand have really been stepping up their game, with Korea standing head and shoulders over their competition. In the last 10 years alone they have made massive leaps and bounds in solidifying themselves as the leader in Asian cinema, especially in regards to action and period piece films. I didn’t really expect too much from The Swordsman considering the fact that the last few 17th century sword and sandal type films have been disappointing in some ways. However, The Swordsman does a great job of blending Liam Neeson’s Taken with Rutger Hauer’s Blind Fury and infusing it into classic feudal Asian scenarios to craft a flick that isn’t too serious, isn’t too hammy, but simply FUN.


The story follows three incredible swordsmen during the Qing Dynasty invasion of the Joeseon empire of Korea. The first being a young blade master named Tai-yul who is the personal guard of the Korean King Gwanghaegun (Jang Hyun-sung). The film opens up with Tae-yul protecting his king against a coup led by minister Lee. There he is struck down and wounded by the king’s previous royal guardsmen, Seung-Ho (Jeong Man-sik). Fast forward a bit and the Joeseon empire is in servitude to the Chinese Qing Dynasty (who took over from the Ming Dynasty). Seung-Ho is retiring from years of faithful service to the leaders he helped set up, only to watch as the Qing Emperor’s minions come in and start doing what they please. Wanting to do something, Seung-Ho is powerless to act, even though he is considered one of the greatest swordsmen in the land. If he does, the Qing overlords will decimated what is left of Korea.


Tai-yul, on the other hand, has vanished into the mountains with King Gwanghaegun’s newborn daughter after his defeat at the hands of Seung-Ho. It’s been a good 15 years (ish) and the poor swordmaster is not only a poor hunter, but losing his eyesight due to the injuries he sustained during the opening scene battle where he tried protecting his king. But he has a chance to give Tae-ok (the newborn now grown up) a better life, as she is adopted by Minister Lee. The only thing is, Lee is using her as bait to draw out the Qing warriors, and Tae-ok is captured by the Chinese invaders. Barely able to see, Tai-yul does exactly what you’d expect him too. He gives the Qing monsters a call and says “I don’t know who you are, I don’t know what you want. If you are looking for a ransom I can tell you I don’t have any money, but what I do have are a particular set of skills. Skills I have acquired over a very long career….”

The Swordsman is a good old fashioned 17th century revenge fantasy. A master swordsman with a handicap who can still go through dozens upon dozens of soldiers to get his adopted daughter back. Interestingly enough, the main villain isn’t related to Seung-ho at the beginning of the film. You’d think that Tae-yul is going be the hero, and Seung-ho the villain, but that opening battle is nothing but character development for what will forge them into facing the true villain. The 3rd swordsman of the story. The leader of the Qing invaders.

The film’s one downside is that it doesn’t really put much into context for the first 40 minutes. You’re left wondering if the man we’re seeing is Tai-yul or another person, and exactly HOW the two opening scene blade masters know each other. However, it’s not that elusive, as the 2nd and 3rd act use flashbacks to show us how they knew each other, why their battle was important, and even who the Qing blade master is (that particular side story felt a little forced though). All in all, it’s a fun sword fighting flick with just enough drama for the audience to take it seriously, and more than enough blood and well choreographed sword fighting (that scene where Tae-yul opens up a can on the gray assassins for the first time is epic) to keep a huge smile on my face the whole time.

The 1.85:1 framed AVC image is quite the looker. The film jumps from scenes bathed in darkness to brilliantly lit daylight sequences, looking equally stunning. The period piece film is filled with all sorts of bright colors to act as a spotlight in the dingy world of poor Korea. Red scarfs shine through brightly, as does the silver sheen of a blade or the bright blue of a royal guard’s uniform. The black levels generally are deep and inky, and details are amazing, but the film has one major caveat. Banding is everywhere. Dark scenes and hazy transition scenes both show it the worst, but if you look for it, you can find banding in just about every scene. This can make some of the darker shots look a bit murky and detail less, but the otherwise pristine images makes up for this major issue.

The Swordsman comes to Blu-ray with dual audio mixes, both in English 5.1 DTS-HD MA and English (with 2.0 Dolby Digital tracks for each language as well). Both are equally impressive, and outside of the typical differences in dubbing, the audio mixes are largely the same. I couldn’t really tell any sonic difference between the two, but I rather prefer the Korean track by a large margin. Said track is very robust and powerful, filing the room with the clanging of blades and the swirling of loose fitting clothing. Panning effects and directional changes are quite visceral as our sword wielding heroes and villains jump around the screen, and the intense synthesized score adds a lot of spaciousness to the surrounds. Bass is tight and powerful, amping up the action quite a bit and accentuating before mentioned score with some serious low end oomph. It is a great mix and one of the biggest highlights of the film by far.

I had way more fun with The Swordsman than I initially expected I would. The movie is a fun old revenge flick with some great sword fighting, and doesn’t delve too deeply into melodrama. The villains are cut and dry, the heroes are completely bad to the bone, and it’s a bloody good time. Well Go USA’s Blu-ray release is very solid, with good video, great audio, and the typical nonexistent extras that we’ve come to expect. All in all, a fun flick for those who love Asian action movies. Definitely recommended.