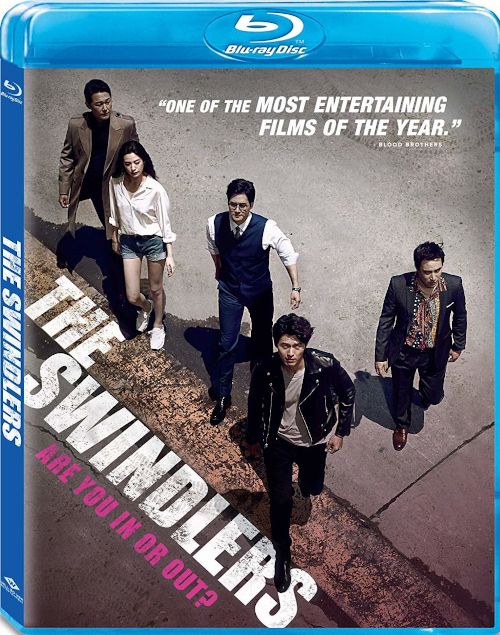 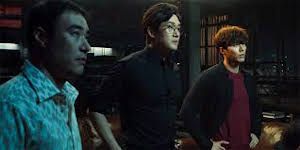 Movie
I’ve got to admit, I have a weakness for con man thrillers. Films like Ocean’s 11 and the like are a blast to watch as the audience gets to see a con unfold on the screen with glee, as the screenwriters dole out JUST enough information to reel the audience in with the 3rd act reveals. When I heard about Korea’s 2017 con man thriller called The Swindlers I was intrigued. I like a good con and what’s not to like about the plot of taking down a Bernie Madoff type crook? Well, the reviews for The Swindlers came in and they were pretty much a mixed back. The audience found it a solid watch, but critics lambasted it as warmed over and reheated con man plot lines that we’ve all seen before. Naturally I was a bit hesitant to review the film at that point, but I figured why not. After seeing the film myself I kind of feel that the critical backlash was uncalled for. Sure, the film uses well worn “art of the con” tropes, but that’s part of the FUN of a con movie! There’s only so much you can do in the con/heist film world that hasn’t been done before. Part of the fun is watching those tropes play out on screen, knowing that not everyone is as they seem, but curious to see WHAT ones are obvious, and which are hidden in the little game. In that respect The Swindlers is a perfectly fun little con artist thriller with just enough hidden to keep the viewer interested, and just enough well worn tropes to make it comfortable for the viewer.

After swindling countless innocents of their hard earned cash, a notorious swindler and crook named Jang Doo-chil (Sung-tai Heo) high tails it out of Korea. The devastation he leaves behind is vast, as people commit suicide over loosing their life savings, a young swindler by the name of Hwang Ji-sung (Hyun Bin)’s father is murdered by the crook as he escapes, and Jang Doo-chil vanishes only to die outside of Korea some time later. However, Jang’s name pops up in the news a few years later as prosecutor Hui-su Park (Ji-tae Yu) finds out that the famous con man is still alive somewhere. Jang has blackmailed and bribed his way through Korea to make his infamous escape, and with him alive that means many a political neck is on the line.

Using the help of three grifters that Hui-su keeps on his payroll as a shady dirty work, the prosecutor begins to track down Jang Doo-chil. His leads end up with a young grifter who only cons the criminals, who just so happens to be Hwang Ji-sung himself looking for Jang in hopes of revenge for murdering his father. Teaming up together the criminal mastermind and Hui-su being to track down the infamous crook before he can slither underground and escape them once and for all.

The Swindlers is a pretty rote and straight forward thriller. It fits right in with the spiderweb mentality of so many other con man movies, with director/writer Chang Won Jang doling out just enough information to keep the audience guessing about what the characters motives actually are. The first half of the movie doesn’t reveal a whole lot that gives away a lot of dark secrets, but the 2nd half of the film starts developing the darker side of the main characters, making you wonder who is the good guy and who is the bad guy pretty quickly. Yes, we’ve seen many of these tropes before, but the jazz music inspired caper is a whole lot of fun and moves along at such a brisk pace that you can forgive it some of the well worn tropes that crop up.

Korea seems to be on a kick with movies about financial thieves, with films like Master, One-Line and A Single Rider dealing with the concept of the horrific greed of a few in power, and the devastation they lay upon the ignorant (used clinically) and weaker masses. Bernie Madoff was a huge thing for us about 8 years ago or so, and that type of financial thievery has been rampant in South Korea for almost as long. These movies about the financial thieves getting their comeuppance are cropping up more and more, with The Swindlers being just the latest in the line of films detailing their misdeeds. It’s a solid thriller for sure, and despite being similar to many films in the con game/grifter genre of films we have in the states, is more than capable of delivering a fun time.

I could find next to no information online about what cameras were used for The Swindlers (although some credits logos hinted that the ever popular Arri Alexa cameras were most likely used), but it’s pretty obviously a digital shoot. The film’s 2.39:1 AVC encode on Blu-ray is stunning by Well Go USA standards, with razor sharp details and amazing clarity. The film leans towards a blue gray tinge, with more emphasis on the light blue rather than the gray aspect. Fine details are intimately revealing, from the light gray suits that Hui wears, down to the rubber masks that is used for the final reveal. There’s some digital noise in a few of the darker scenes, but it’s pretty mild, and some intermittent banding that comes into play. Still those are never egregious and the overall clarity and sharpness of the film is quite amazing.

Once again Well Go USA has kept only the native language tracks in place for us to enjoy, one of them a 5.1 DTS-HD MA Korean track, while the other being a trimmed down 2.0 Dolby Digital track for night listening in the same language. The 5.1 mix is aggressive and spicy, with a nice Jazz music score to fill out the surrounds. There’s plenty of action and subterfuge going on, so the surrounds aren’t JUST used for the musical score. However, this is a dialog driven thriller, so the main three channels take the brunt of the work, and do so with ease. Dialog is crisp and cleanly replicated, while the mains showcase some neat panning effects as the con artists try to out con the con. Bass is powerful and wickedly deep, blasting off with a pulsating score as well as several car chases and fisticuffs battles that employ the low end quite eagerly.

I really did enjoy The Swindlers, and the Korean star power that it provided gave ample room for fun. The story is light and airy, and while some of the “twists” were seen coming a mile away, some of them were not and the film actually closes the loop that the opening scenes set up and seemingly abandoned by the time the credits rolled. My only problem was that they didn’t end on that high note and instead set the film up for a sequel. A move which very well could work out if The Swindlers gets greenlit for one, but feels a bit tacked on if it doesn’t. Well Go USA’s Blu-ray is great looking and sounding, but sadly is prey to the week extras that they are known for. All in all, a fun watch and much better than I was anticipating from the luke warm critical responses I’ve seen.