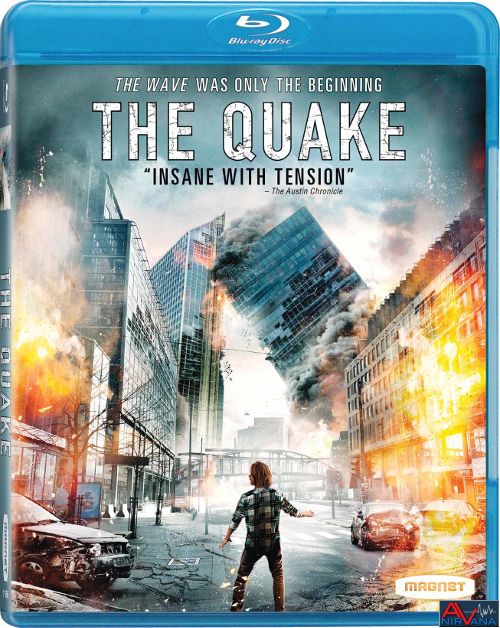 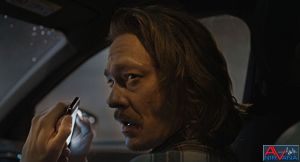 Norway seems to be the new Japan these days. Natural disasters seem to be happening to it (film wise) with mass destruction on the loose! At least it’s only the weather though, and they don’t have to worry about Godzilla. The Quake is a sequel to 2015’s The Wave, which was about a giant tsunami wrecking up a large portion of Norway. The film was a WILDLY under rated success for Norwegian film making, and one of the better disaster films that I had seen for quite some time. 2018’s sequel to the film is much different in tone and feel, and continues the story along nicely without feeling like a rehash of The Wave. It’s emotional, slower paced, but still packed with some incredible bits of destruction to make for a thrilling ride.

Our hero from The Wave, Kristian Eikjord (Kristoffer Joner) is dealing with the aftermath of the giant wave. The geologist is going through a form of PTSD, and having to live with the paranoia and fear of another great natural disaster. His wife Idun and daughter Julia have moved to Oslo after he emotionally abandoned them, but he still has contact with his daughter. She comes out to visit him in the opening shots of the movie, only to find that her father is petrified with emotional damage and fear of impending doom, with him unceremoniously brushing her aside and sending her back to her mother early. However, not all who are paranoid are wrong, as Kristian finds evidence that earthquakes have been subtly rising over the years, and have been masked by Norwary’s real life weak early detection system. Panicked and terrified, the geologist heads to Oslo in order to find some help, only to find out that no one will listen to him except the daughter of a dead colleague named Marit (Kathrine Thorborg Johansen). Setting out on a mission to save his wife and daughter, Kristian uncovers an earthquake that very well may end of destroying half of Norway if it’s left to it’s own. 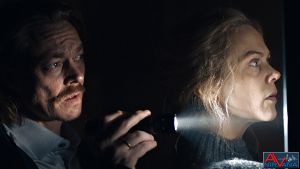 The first half of The Quake is more a psychological drama than anything. The opening visit to Kristian from Julia shows just how badly he’s doing since his heroic rescues in The Wave. The guy is almost petrified and obsessed with fear, which is only amplified when Julia finds his upstairs room all covered with pictures and newspaper clippings from the infamous tsunami. However, once the film’s audience starts to believe that another disaster is coming along with Kristian, things get more intense. What really makes the film work is for twofold reasons. The first is due to the fact that The Quake has some REALLY good special effects for an otherwise lower budget film (they make it up by having the film be about a confined group of people rather than a mass group), and due to the fact that what is shown happening is shown happening to well developed characters. That first 45 minutes wasn’t wasted setting up all of the characters, and by the time the nightmare of the earthquake begins, we’ve become invested in them enough to really feel emotionally attached to them.

While The Quake is a direct sequel to The Wave, you don’t have to have seen The Wave to understand what’s going on. They go over the background of who Kristian and his family is with the opening scenes of the movie, but you DO gain a more intimate relationship with them known what he has suffered in the first movie. So while it’s not necessary and The Quake can be seen as a standalone film, I still recommend watching The Wave first as it makes for a better viewing experience. 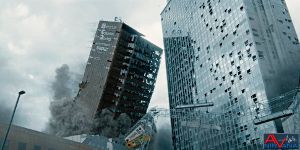 Shot digitally (according to my limited sources) and transferred to home video with a 2K digital intermediate, The Quake looks pleasing considering the visual style that director John Andreas Andersen was going for. The film is a little bleak at times, leaning more towards a teal blue color grading in some shots, and a more brightened natural look at others, leading towards a film that isn’t meant to excite and invigorate with heavily stylization. The film really tries for a real and straightforward approach to the visuals, and it manages to hit that goal quite often. There’s some artificial coloring in the University, as well as splashes of primary colors in lights and auto accessories, but overall this a grim and gray/blue looking film that has a few issues with banding in the darker shots.

Disaster films live and die with their audio tracks, and with the gigantic earth quake AND the use of a Dolby Atmos track (I think this is the first Atmos track that I’ve reviewed from a Magnolia Pictures film), this is a show stopper. Now the first half of the film is really light in the loafers (comparatively), and sounds more like a typical front heavy drama with small bits of interspersed action. The dialog is front heavy and there is really not a whole lot going on outside of the ambiance of big city Oslo, and some small flurries of activity (the sound inside the Oslo tunnel for example) that pump in some bass and surround activity. However, once the quake goes off in the second half of the movie things light up in a BIG way. The LFE is simply chest crushing, with sonic waves going off that literally was vibrating cabinet doors in my house some 30 feet away! When the Radisson starts to collapse there is this flexing and pressure buildup that makes you want to pop your ears, and even when the initial quake goes away, the creaking and heavy groaning of buildings still delivers some incredible after effects in the bass department. The surrounds and mains are thus filled with nuanced little ambient noises, with the creaks and groans and cracking of glass happening from all directions. The overheads get some real heavy usage with the falling debris, and the sense of immersion is jaw dropping.

Now, there is also an English Dub in Dolby TrueHD, and while I normally am a stickler for original language tracks due to being a purist, in this case I’m sticking with the Atmos track because the English mix is just painful to listen to. Usually foreign or alternate language dubs sound really similar to the main track, but this one is a jumbled mess. The track is wildly imbalanced, with voices and sound effects being wildly out of balance, and the English dubbing is really laughable. The dialog is also very uneven and recorded way higher than they should be. On a boringly technical front the 5.1 mix sounds OK, but if you listen to the Norwegian track there’s a night and day quality difference between the two.

​
The Quake is an awesome follow up to 2015’s The Wave, and manages to not just be a rehash of it either. The tone and feel of the movie is drastically different from The Wave, but still manages to bring in the destruction and mayhem as you would expect from a disaster film. I guess you could call it a “disaster film with a brain”, as the movie is less intent on being a disaster , but rather a thriller that slowly builds up to the inevitable instead of just throwing destruction around on scream ala San Andreas. Magnolia’s Blu-ray is very VERY nice , with great audio, good video and a cool reflective slip cover that adds a sense of collectibility to the package. Recommended as a great watch.

I really enjoyed The Wave for the story and audio and this was on Netflix. I will rent this one for sure. Thanks for the review.

Thanks for the review. Will have to check out "the wave" as well as "the quake"