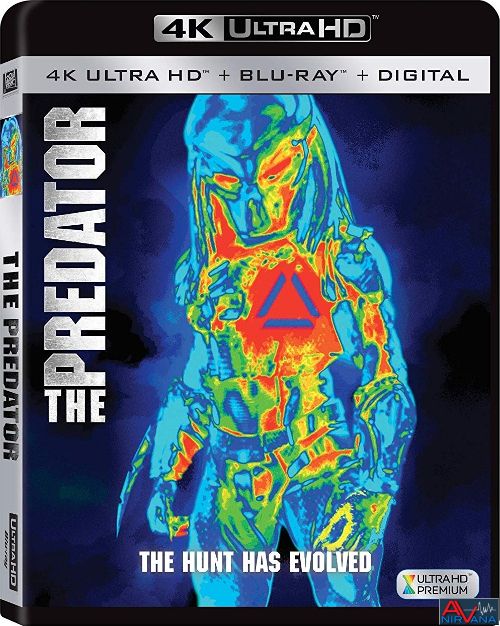 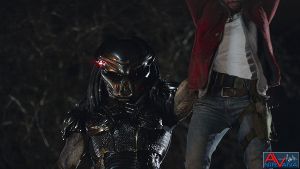 Movie
The Predator franchise is like many of it’s ilk. The first movie was utterly fantastic (a bona fide classic), but then the sequels started devolving quickly. I honestly don’t know of another Arnold movie besides Commando that is as highly quoted as Predator is, and I actually like the sequels as well. Predator 2 is an early 90s mess of a film that some how manages to be utterly hilarious and fun, and Predators was actually not that bad of a movie. It felt the most like Predator out of all the sequels and AvP spin offs, and was a lot of fun. Fast forward a few years and Shane Black (who actually played nerdy looking Hawkins in the original film) has decided to make yet ANOTHER sequel to the franchise. A sequel that sadly doesn’t have his old buddy Arnold in it at all (rumors have it that Arnold saw the script and declined, but I have no idea about the actual veracity of that claim), and is almost parody like with the typical infusion of Shane Black style humor (Iron Man 3, Kiss Kiss Bang Bang). The movie has some quirks, it has it’s moments of brilliance, but at the ends of the day it’s the Predator’s version of I, Frankenstein. A movie that so ludicrously stupid and moronic that you just can’t help but have a ball with what’s on screen. No matter if you hate yourself for actually loving it.

Shane Black’s The Predator is subversive, sly, and generally goofy from the get go. It’s filled with guy’s putting on sunglasses in the dead of night, hilarious one liners, and lots and lots of CGI blood. You know, a modern day version of the classic action motif. Quinn McKenna (Boyd Holbrook) is an Army sniper on a mission in Mexico when an alien space craft crashes nearby. Going to go check it out, Quinn finds the escape pod from a Predator space ship, complete with a seemingly dead Predator. Not knowing what it is, Quinn grabs the helmet and arm guard of the Predator and ships it back to himself as proof of what he just saw in case the U.S. government tries to hide it. Just like clockwork, Quinn is interrogated by a black ops commander named Traeger (Sterling K. Brown) and then shipped off to the loony bin along with a bus load of mentally unfit military members.

However, Quinn and the rest of the loony toons truck are given the chance to escape when the Predator wakes up and lays waste to the lab. Getting the blazes out of dodge, Quinn, the mental patients and escaping Dr. Casey Brackett (Olivia Munn) get away before getting slaughtered, only to find out that the monster wants one thing. The arm guard and helmet that Quinn mailed to his estranged wife and autistic son Rory (played by Yvonne Strahovski and Jacob Tremblay respectively). With a the government after them, a super Predator chasing this new Predator, and a whole hose of slightly unstable soldier’s at his back, Quinn has to save his family and the world before it’s too late.

The Predator is probably the most “Un Predator” film of the entire franchise. Even including both the maligned AvP films. It’s almost like it’s a Predator movie in name only, but a decently fun sci-fi movie that just borrows the name. We don’t have any of the typical Predator “view” hunts (except for one single shot), and the movie plays out like an actual action comedy with flecks of a superhero movie thrown in for good measure (the end scene is so ridiculously cheesy and superheroish in nature that I actually bused up laughing in the middle of the theater). Still, despite being THE most “Un Predator” like film of the series, I had a huge grin over my face the entire time. The Loony Toons squad twist was actually a lot of fun, with Shane Black humor coming through loud and clear. Thomas Jane and Keegan-Michael Key dominate the humor aspect of the group, throwing out some of the best lines of the movie, with Thomas Jane actually upstaging his comedian partner I might add!

There’s no sense of meta humor, or throwbacks to the 80s, but rather Black uses a modern setting, with modern humor to craft his tale. There’s some risks taken in the film, with some of the paying off and some of them not so much, but the movie itself never takes itself too seriously and just has FUN with the concept. Black is notorious for use of quirky humor, but this is smoothed out a bit with the help of 80s icon Fred Dekker as the co-writer (Night of the Creeps, Robocop 3, The Monster Squad) and the end result is a completely goofy film, that just oozes guilty pleasure all over it. Don’t get me wrong. The Predator is a TERRIBLE Predator film, but as a sci-fi film it’s perfectly fun to enjoy as long as you’re willing to just check your brain at the door and watch lobotomized Space preda-dogs, a 12 foot tall super predator, Tourettes syndrome one liners, CGI blood out the yin yang, and lots and lots of guns.

The acting is a mixed back, but still quite fun in the long rung. Boyd Holbrook is solid as Quinn, but Olivia Munn is about as convincing as Denise Richards was as a scientist when she was a Bond girl. Not to mention the gorgeous actress can’t act her way out of a paper bag to begin with. Thomas Jane and Keegan-Michael Key are hilarious, with Sterling K Brown destroying it as the scummy black book operator. None of them are anything to truly write home about, but they fit right into the cheeky film with ease, and the low brow humor that Shane Black employs sets the tone so well that everyone just rolls with it.

The Predator was shot using Arri Alexa XT and Mini cameras and then transferred to a 2K digital intermediate for the home video release. The Blu-ray is nothing short of near perfection, with stunning clarity and colors, while the 4K UHD disc is typical of these 2K mastered films. Upgrades are noticeable, but never too shockingly different. The biggest differences are with the use of HDR for the sharp neon reds of the Predator technology, mixed with the upgraded facial details and nuanced backgrounds for the dimly lit movie. The film takes place mostly at night, but the shadow details and black levels are rather excellent for the most part. I didn’t notice more than a few seconds of black crush and the banding is nonexistent. Fine details, such as the shield on the Predator ship, or the grime and grit on Quinn’s hands show up shockingly well, and despite some softness in a few scenes (think the scene in Mexcio where Quinn mails the Predator gear), it’s a rather nice upgrade to the Blu-ray.

For the 4K release Fox gives the film a full on Atmos presentation (with a 7.1 DTS-HD MA track for the included Blu-ray, which is surprisingly similar) that just simply rocks. Loud, aggressive, and full of spice, this Atmos track roars with proverbial energy. The dialog is always crisp and clean, while the surrounds and overheads are awash with all sorts of action. The predator ship jumping out of hyperspace (or space folding, or whatever travel tech they use) shows the ship roaring right over the top of the listening position into the rear end of the system. Gun shots blast from all angles, and explosions rock down deep and hard. Sometimes the Atmos effect isn’t as prevalent for a while, but those action sections really make great use of all speakers. The Predator flitting through tree tops, screeching of tires from the sides, and copious amounts of bass make this a jaw dropping audio mix.

​
Yeah, The Predator was sadly not the return to glorious form like we had hoped it was, but for some reason I’ve been able to watch this three separate times and I’ve had a good time all three times. It’s fun, stupid, completely out of left field, and really only a Predator movie in name only. Despite being absolutely DESTROYED by critics, and actually barely making it’s budget back, The Predator is just a good old sci-fi movie that requires you to check your brain at the door (and probably put it out of your head that this is a Predator film as well). The 4K UHD disc is great, with a good encode and simply awesome Atmos track. Good for a fun, but stupid, watch.

I'm putting this one on my watch list. I had completely forgotten about it!

They have the 4 movie collection on amazon for $33 in 4K. Think its worth a upgrade from blu-ray?

for $8.25 a movie? easily. The first two alone are HUGE upgrades over the Blu-rays and the 3rd one is a solid jump. the newest one is a decent jump too.

Michael Scott said:
for $8.25 a movie? easily. The first two alone are HUGE upgrades over the Blu-rays and the 3rd one is a solid jump. the newest one is a decent jump too.
Click to expand...