The Outsider: The Complete First Season 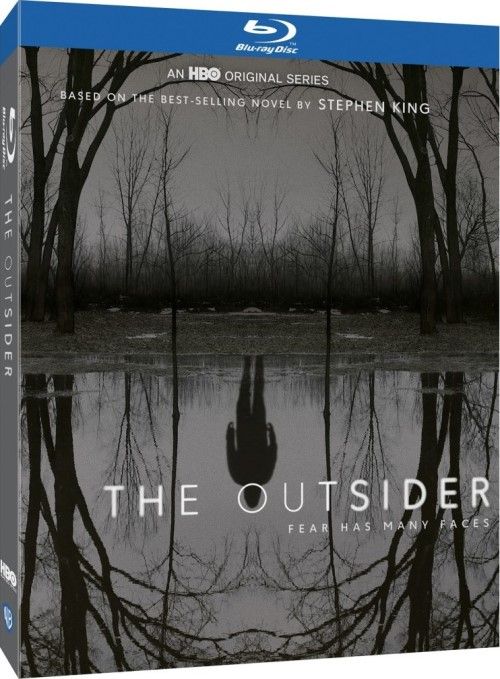 Movie
Stephen King stories brought to the silver screen are always a bit hit or miss. Some are absolute smash hits, others are moderately great, and others plagued with issues. Take from the 2018 novel of the same name, The Ousider: The Complete First Season is a 10 episode miniseries that takes on another gruesome King murder. The first hour is totally epic, with probably the single best hour of TV I’ve seen in the last decade, as an upstanding citizen is seemingly (and bafflingly) framed for the gruesome murder and assault of a young boy. However, the show changes tone part way through the 10 episodes, and not always for the better. The supernatural element rears its head and as the show gets more and more convoluted it loses that intensity and taughtness that made the opening episode so utterly gripping.

I will admit, I went into this miniseries simply due to the fact that Jason Bateman and Ben Mendelsohn were involved. Both of them are incredible actors and this looked like it could have been another True Detective for HBO. Reality is, the show is still quite good, but the tonal shifts that happen later on and the decrease in the mystery keep it from being a GREAT Stephen King story. The show revolves around the murder of the youngest Peterson child out in the woods that involves animal like bite marks and saliva. Cherokee City police Chief Ralph Anderson (Ben Mendelsohn) follows the evidence left at the crime scene, and it leads to a very unlikely suspect. One Terry Maitland (Jason Bateman), an upstanding citizen in the community and the little league coach for all of the town boys. With eye witnesses to back up his location at the time of the murder, blood covering his clothes when seen in public, AND his finger prints at the crime scene the DA and Chief Anderson know they have this thing in the bag.

However, there’s a hitch in the case. Terry swears up and down that he’s innocent, and he has actual forensic proof that he was out of the city on the day of the murder at a conference on banned books. He’s got photographic proof, finger prints on books, and magically they match the forensic evidence that the cops have too, which leads one to the conclusion that he was either in two places at the same time, or something else is going on.

The first episode clues you into the fact that there’s a supernatural element going on (the girl crying about someone being in her room, the hooded and scarred looking guy at the crime scene), but as the series unfolds even further the true supernatural evil comes out. Now. The show is a bit predictable in typical King fashion, complete with grizzled cops, a man who is convicted of a crime that he swears is not true, and family drama that plagues the characters back stories. However, King swings in a weird (and fresh) direction with the addition of the doppleganger who feeds off our fear and depression, manipulating the entire investigation as it pits townsfolk against townsfolk, leaving no one sure WHAT to believe.

The tonal shifts are really what make the show start to lose it’s edge. The first few episodes have some King supernatural elements to it, but it’s not until Ralph brings in investigator Holly Gibney (Cynthia Erivo) and they find out that murders just like this have been occurring in the surrounding areas. You’d think that the Terry Matiland case would be intrinsic to the entire thing, but as the episodes wax on and the more crazy supernatural stuff comes out, the Maitland case is set on the back burner. Instead it goes down a very X-Files path as the strangeness and spiritual side story becomes THE story. As such it kind of feels like two different stories vying for dominance. The quirky and mysterious murder mystery with Terry Maitland, or full on Sci-fi as Holly and Ralph start peeling back the layers of the onion. It’s odd, strange, and off putting at the same time, even though the two stories are both definitely compelling. There’s a GREAT story underneath the two stories that work at odds to each other, and I think a bit more polishing on blending the two would have made for a better experience. 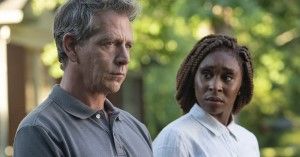 The digital cinematography is captured beautifully for the 3 Disc set, even though the style of the show doesn’t lend itself towards eye candy. The show is dark and atmospheric, with a very toned down color palette with diffused grays and greens, midst splashes of maroon red blood. There’s almost a hazy and dreamlike appearance to the imagery, with single faces strikingly in focus, while everything behind and around that ace softened and out of focus. The digital image doesn’t really suffer from any major noise, and all I could see that would be an encoding issue was a little bit of banding. As I said, this is a great looking encode, but the imagery itself doesn’t lend itself towards eye catching “pop”. It’s moody, very glum looking ,and excellently done on Blu-ray in 2.20:1 AVC (an aspect ratio that has gotten more and more popular in the last few years). 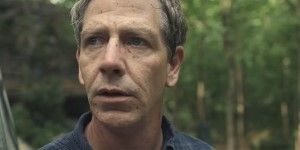 The 5.1 DTS-HD MA track is very fitting of an HBO thriller. That means it is definitely front heavy most of the time, but the surrounds get filled out with the string based score as well as the more boisterous moments (such as the heavy bassy music in the strip club, or the rumbling of people’s voices in the court room). Voices are always crisp and clear, and dynamic range is impressive. The low end really pops with the haunting score (and especially said strip club music), and this is just generally a great sounding mix for a TV show.

Now I’m going to fully admit that I haven’t read the novel of the same name from King, but from what I gathered the show definitely took liberties with the pacing and the structure, which kind of explains why it feels like it’s two different shows within the same 10 episode framework. It’s fun, exhilarating, and Jason and Ben both give stunning performances. The two men can’t seem to turn in a bad performance, so it’s not unexpected, and despite some of the odder quirks in the tone and pacing of the show’s story, it was definitely a fun ride. The Blu-ray looks and sounds excellent, and the extras are a tad thin, but it’s still a very solid package nonetheless. Solid Watch is my personal recommendation.

Thanks for the review. I have read some of Kings novels but not this one.. I will have to check this out after reading it.

Looks pretty interesting... and your review makes me want to check it out... but I don't get HBO. Wonder will it be on Netflix or Amazon Prime at some point.

Sonnie said:
Looks pretty interesting... and your review makes me want to check it out... but I don't get HBO. Wonder will it be on Netflix or Amazon Prime at some point.
Click to expand...