The Nutcracker and the Four Realms - 4K Blu-ray Review

The Nutcracker and the Four Realms 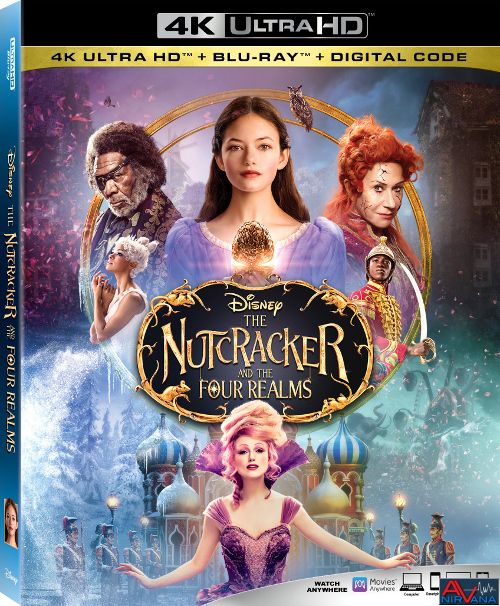 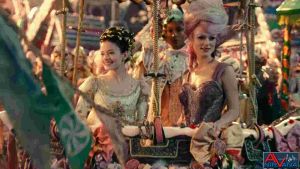 Movie
Disney has been kicking butt and taking names this decade with it’s live action movies based off of older animated (or in this case, semi animated) IPs. The Nutcracker and the Four Realms, however, was one of two big budget flops for 2018, with Solo barely coughing along (and by all accounts BARELY breaking even for the studio), and this one just flopping like a fat kid off a diving board. Reportedly made for the tune of $132 million, The Nutcracker barely pulled in $172 million worldwide (remember, it usually takes at LEAST double the production budget in sales to make up for costs to theaters, overseas cuts, etc etc). Part of that may be due to poor marketing (I barely heard anything about the film), part of it could be due to a bland script, and part of that could be due to the fact that while The Nutcracker is an insanely popular musical it has never really been able to find it’s footing on the silver screen. Either way, The Nutcracker and the Four Realms is a moderately entertaining movie that got it’s butt kicked by Bohemian Rhapsody and whimpers into home video to hopefully find a place among fan’s hearts.

Clara Stahlbaum (Mackenzie Foy) and her family have just suffered a terrible loss. It’s their first Christmas without their recently departed mother, and the family is handling it in their own unique ways. Sister Louise (Ellie Bamber) is trying to be chipper and practical, while her father (Matthew Macfadyen) is putting on a brave face for the rest of the family. Clara is handling it the worst, retreating into her own self and bitterly lamenting that everyone wants to be happy at Christmastime. Forced into a party at her Godfather’s house (Morgan Freeman), the grouchy Clara holds onto the one memento she has left of her mother, a little silver egg with a tumbler lock keyhole that no one knows the location of. However, her Godfather has a trick up his sleeve, as his treasure hunt style of Christmas present giving leads Clara right to the coveted key.

The thing is, her treasure hunt leads her to the key, but like Narnia, The Wizard of Oz and Alice in Wonderland, her hunt ends up dropping her in a mystical world world known as the 4 realms. There Clara learns that her mother was the queen of this location, and that she is the crowned prince. The 3 regents, Sugar Plum (Keira Knightley), Shiver (Richard Grant), and Hawthorne (Eugenio Derbez) let her know that the evil Mother Ginger (Helen Mirren), the banished 4th regent, is in the 4th realm waging war upon the rest of the realms. Desperate for victory, they want to build an army using the same machine that Clara’s mother brought all of them to life with, but they can’t because the only thing that will turn it is on a tumbler lock key. One that looks surprisingly like the one that Clara lost to Mother Ginger when she arrived her (and the same one that opens the silver egg). Now Clara must mount a resistance and take back what is rightfully hers, and make the 4 realms safe once more.

The Nutcracker and the Four Realms is another Disney attempt at turning an old intellectual copyright into something new and exciting with a live action remake. The thing is, The Nutcracker may work on stage (and a filmed stage production), but as a live action movie Disney kind of dropped the ball. Don’t get me wrong, this is a perfectly watchable film with a decent cast of actors, and some incredibly gorgeous and colorful looking sets. It’s just that it really feels like an amalgamation of several other films like Wizard of Oz, The Lion the Witch and the Wardrobe, Alice and Wonderland and several other “dropped into the middle of a mysterious world” fantasy films. All without trying to make it feel unique and different than those. In fact, if you didn’t have a working history of the original short story, OR the ballet, you wouldn’t be able to tell that this was a Nutcracker movie at all.

Mackenzie Foy is perfectly acceptable as Clara, but it’s the background actors that really do shine. Helen Mirren is a bit miscast as Mother Ginger (and barely can contain the fact that she’s pushing 80 on screen with copious amounts of makeup), but Keira Knightley is great as the duplicitous Sugar Plum. A whole host of moderately recognizable actors hover behind the scenes and make for a charming interaction, but the biggest problem for the film stems from the script. It just feels a bit clunky and bland. Like eating boiled chicken breast without any seasoning, it tastes ok, but it’s so unmemorable that you cant say whether you liked it or hated it.

Rated PG for some mild peril 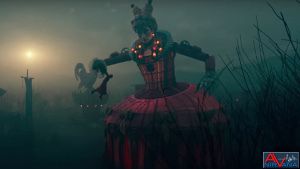 I was a bit surprised to find out that The Nutcracker was actually shot on film (it IS finished with a 2K digital intermediate), as that is becoming more and more a rarity these days. Especially for Disney. It gives the movie a textural look and feel that is strangely nostalgic, even though it is infused with plenty of modern day CGI effects. The grain level is nearly unnoticeable due to how fine and precise it is, but the overall clarity of the image is spot on. Blacks show some mild crush and there’s a little bit of softness here and there (typical of 2K DI films upscaled to 4K), but the use of HDR is just SILKY and gorgeous. The soft pastels of Sugar Plum, or the bright red of the nutcracker soldiers are deep and incredibly well saturated, even more so than the already gorgeous looking Blu-ray. The depth of the black levels actually shows off some more details in the forest area due to how precise they are, and the earthy tones of said forest are more varied and unique than initial Blu-ray inspection as well. It’s a great looking disc, and shows several noticeable improvements over the Blu-ray, both in textures and color detail. 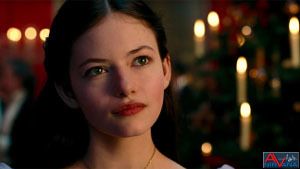 Ant Man & The Wasp was a turning point for Disney films (at least I had hoped), as their normally suppressed audio mix wasn’t present there. Infinity War wasn’t perfect, but it was leaps and bounds better than most, but I was just a little disappointed with The Nutcracker and the Four Realms. While it is not a travesty or really a bad track at all, it IS a bit muted and the LFE level is not as strong as I would have hoped for. Now, onto the good stuff. Dialog is clean and well presented in the front of the room, and surrounds are used quite extensively throughout. Music flows effortlessly betwixt all of the channels, and the overheads are used really nicely with Mother Ginger’s moving “castle”, as well as some of the 4th realm’s forest environmental effects. LFE is there, and it’s definitely noticeable, but the strength with the tin soldiers stomps, as well as some of the battles with Mother Ginger really didn’t put that “oomph” I was hoping for into play. it’s a solid mix, and there’s no auditory artifacting, but the dynamics are a bit muted, even when turning up the volume a tad. 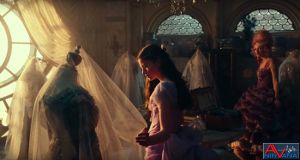 • On Pointe: A Conversation with Misty Copeland – Copeland shares the thrill of portraying one of her favorite characters in a whole new way.
• Unwrapping "The Nutcracker and the Four Realms" – Dive into the production design, sets, costumes and more that helped transform a beloved ballet into an adventurous movie.
• Deleted Scenes
- The Stahlbaums Arrive– As the Stahlbaums enter the Christmas Eve ball, the butler attempts to announce them to the assembled guests.
- Follow Your Ribbon- Drosselmeyer encourages a reluctant Clara to go find her gift.
- Deleted Scene: Clara Asks About Her Mother– Sugar Plum gives Clara a tour of her mother's bedroom.
- Left, Left, Left, Left, Left– Wandering lost in the forest, palace guards Cavalier and Harlequin quarrel about which way to go.
- Out with the Old– Sugar Plum makes sweeping changes to the palace decor.
• Music Videos
- "Fall on Me" Performed by Andrea Bocelli Featuring Matteo Bocelli– Experience superstar tenor Andrea Bocelli and his son Matteo Bocelli performing their first duet together in this uplifting song.
- "The Nutcracker Suite" Performed by Lang Lang– Get swept up in a series of images from the movie, set to Tchaikovsky's music and featuring world-renowned pianist Lang Lang.

​
While The Nutcracker and the Four Realms got HAMMERED by the critics when it was in theaters, it is a perfectly watchable and palatable film. The thing is, it’s just as forgettable and fluffy as Sugar Plum’s cotton candy hair. There’s not a whole lot of substance or uniqueness about the film, as it is an amalgamation of countless other “dropped into the middle of another world” movies, with very little to do with the original Nutcracker ballet, or the short story by E.T.A Hoffman. I had fun with it, but at the end of the movie could barely remember if I felt any emotion one way or the other about it. Disney puts forth great video and solid audio specs, but the movie itself is one I’d rent before buying.

Thanks for the review. Will check it out if the kids are interested. lol.

Thank you, I will watch this with my daughter.

I know the DVD has more than the blu-ray and the 4K. Trailer wise. Is there any Trailers on the DVD? If there is, list them. Thank you.