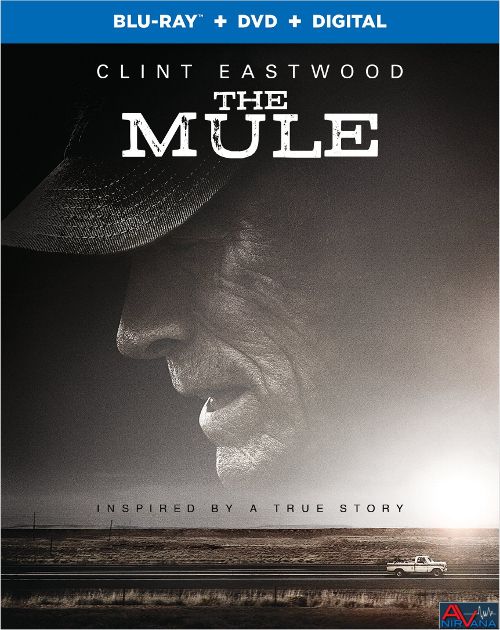 Movie
There are some people out there who are true legends in Hollywood, and Clint Eastwood is definitely one of them. He’s been acting for 64 years, directing for over 48 years and has countless productions to his name. Even if you’re not a wild fan of the man or his movies by themselves, he is undoubtedly once the giants in cinema, appearing in over 72 films and directing 40. I grew up watching Clint as the scowling cowboy type and have also really enjoyed his transition to being behind the camera instead of just in front of it. Not all of his movies are hits (the abysmal The 15:17 to Paris was a massive disappointment), but I usually end up enjoying 95% of his works. Even though he’s no longer the towering physical actor that he once was, the 88 year old actor/director still has enough charm and juice to get down in front of the camera one more time. This time playing one of the strangest and oldest drug mules in all of history.

Based off of the New York Times article “The Sinaloa Cartel’s 90 Year-old Drug Mule” by Sam Dolnick, The Mule chronicles the slightly embellished tale of real life drug mule Leo Sharp (renamed Earl Stone for the film) and his infamous capture by the DEA. Earl (Eastwood) is an aging horticulturist who spent most of his life chasing after flowers, ignoring his own wife (Dianne Wiest), daughter, and grand daughter (played by Taissa Farmiga), only to find himself with nothing in his old age. His business of selling hand crafted daylily’s goes bankrupt when internet stores take over for face to face contact, and he’s left with no where to go. Showing up at his grand daughter’s wedding dinner he’s shunned by the family, only to get a job offer from an unlikely guest. It seems the old man and his perfect driving records makes him a prime candidate to act as a drug mule. I mean, he’s perfectly unassuming, and most cops wouldn’t even think twice about a doddering old man in his 80s.

What was a one time job in order to pay for his grand daughter’s wedding turns into a full time gig as the old man is making money hand over fist with his quick drops. The generous old man gets a new truck, starts throwing money at local charities, and gets into the spirit of driving, digging him deeper and deeper in to the world of the cartels. Soon he can’t get out and with his erratic driving patterns garners some of the ire of the Sinaloa cartel leaders. Also, the DEA has a mole within the cartel and are working tirelessly to use this mole to take down the most infamous drug mule that the cartel has ever put forth, all the while not realizing that it’s the most unassuming person ever. 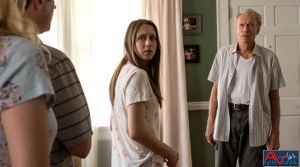 The Mule is a step up for Eastwood, who’s had some directorial stumbles in the last few years. He once again proves that he’s one of the more charismatic actors of his day, and shines both in front of, and behind the camera. In fact, his performance is the single driving force of the film. There’s some solid roles by Andy Garcia, Bradley Cooper, Michael Pena, and several others, but this is a singular film driven by how oddly likable Eastwood’s Earl Stone is. Even at 88 years old and having trouble walking, Eastwood manages to captivate the audience and really draw them to Earls side, despite his foibles.

The movie DOES deviate a bit from the real life character of Leo Sharp, and kind of lionizes, or at least makes him more interesting than he really is. This is in part due to Eastwood, who is so stoic and likable that you almost forget how benign the real life Leo Sharp was. The ending also deviates a bit, with him kind of heroically throwing himself on his own sword and pleading guilty out of honor. The reality of the situation was that Leo Sharpe was showing signs of dementia, and was kind of a rambling old man who had become a liability for the cartel (despite moving the most cocaine ever recorded in drug cartel history over his run). Leo was barely convicted due to his advanced age and kind of rambling mental state, so he only got about 3 years of jail time. Eastwood plays the character as a redemptive role, adding in a family sub plot and tweaking his character to be a bit more dramatic than the old man who was actually caught.

Rated R for language throughout and brief sexuality/nudity 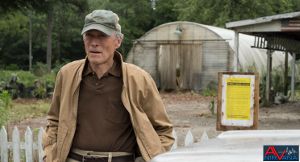 Shot on 2.8K digital cameras and then downscaled to 2K for the home video master, The Mule is a nice looking Blu-ray that is a tad flat at times. The outdoor shots seem to fare the best, with the green of New Mexican foliage (where the film was shot on location) bright and shiny, with ambient things like a daylily, or passing motorcar standing out with sharp primary shades. The digital film is a bit soft at times, and I noticed some shimmering around the truck and a few other oddities show up every once in a while. Blacks are deep and uniform throughout, with only minor crush in the interior shots. Said interior shots are a bit more amber and warmer than the outside ones, but the film is a bit cool throughout with a flat look that isn’t wildly showy or shiny for the most part.

The Mule’s 4K UHD and Blu-ray discs both sport identical 5.1 DTS-HD MA tracks, and while it would have been nice to have an Atmos or DTS:X track, it’s not wholly unexpected or necessary. The Mule is a dramatic film for the most part, and really doesn’t showcase a whole lot of opportunities for the extra channels and multidirectional shifts of the next gen audio formats to really really flex their proverbial muscles. Instead we get a lot of quiet dialog throughout the film with the surround activity of freeway traffic and the score to fill out the background and low end channels. There’s a few moments near the end (such as the botched raid) where the explosive sounds of breaching a door, and the shouting of officers gets a little more robust action, but otherwise this is a fairly straight forward drama track with solid dialog and a front heavy nature to the mix.

• Nobody Runs Forever: The Making of The Mule
• Toby Keith "Don't Let the Old Man In" Music Video

​
Needless to say, despite the changes to the real life story of Leo Sharp, The Mule is a great movie that really proves that Eastwood still has it in him. The movie is quickly paced for a near two hour movie, and the performances are rock solid (although Bradley Cooper, Lawrence Fishburne, and Michael Pena are really minor characters in the whole thing). The Blu-ray disc is a good looking and sounding disc, but sadly the extras are a tad lacking. All in all it’s a very fun drama, with some trademark quirky Eastwood style humor, and a great performance by the man himself. Well worth watching.