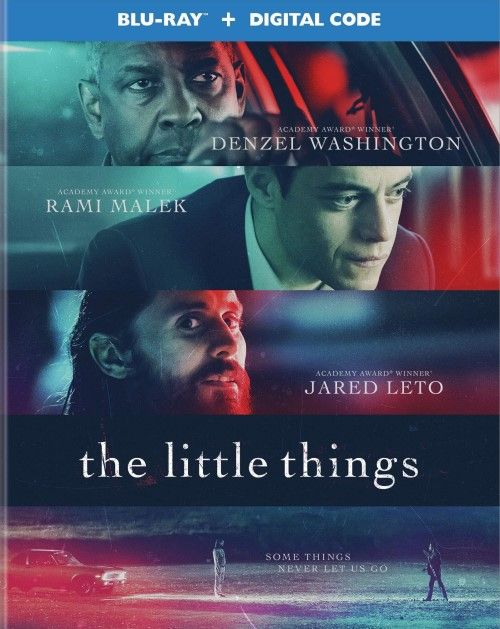 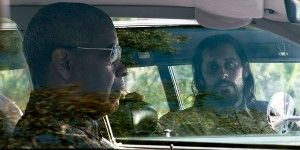 Movie
With theatrical movies basically a treat vs. the gold standard after the aftermath of the Covid-19 pandemic, I was eager to see ANYTHING that got a theatrical release and was considered an “A list” title. Written and directed by the man behind The Blind Side (great flick by the way) John Lee Hancock tries to burst into the crime thriller genre with her first genre film. Set back in 1990, the film tries to paint a picture of moral gray with hints of Seven and other twisted crime dramas to boot, though at the end of the day Hancock seems to lose sight of all the loose ends and just crumbles into a sea of mish mashed themes and loose ideas that never really gets tied up by the time the credits roll. We’ve got great actors (2 excellent ones, and one upcoming good one), a good director, and a strangely intriguing plot. But when the credits roll it’s obvious to see that this bird dog just can’t hunt all that well.

The great part of package is that Hancock does a great job of building intrigue and mystery during the first 2 acts of the movie. We start out watching ex detective John Deacon (Denzel Washington), a washed up legend who moved from the big L.A. circuit to smaller Kern County after a mysterious incident 5 years ago, come back to his home precinct to pick up some evidence. Only thing is, the evidence is part of a serial killer case that directly ties into a serial killer case that ended up tanking his career. Teaming up with up and coming legend Detective Jim Baxter (Rami Malek), the two start to follow the leads and unravel the clues that will lead them back to the true killer.

However, their leads draw them back to on man. A creepy little guy with all the earmarks of a killer on him by the name of Albert Sparma (Jared Leto). Sparma has the little quirks that define a killer. He’s obsessive about crime, he’s got the perfect opportunity to kidnap and murder these girls, and Deacon’s spidey sense is tingling overtime. As they get closer and closer to Sparma the two begin to cross lines that soon begin to blur and end up in their back mirror.

Hancock starts out with an intensely intriguing thriller that pulls you right into the world of the two detectives. He weaves a solid bit of mystery and backstory for Deacon, leaving just enough to the imagination to keep the audience wanting to know just WHAT made him such a legend, and what ended his career in L.A. some 5 years earlier. Leto is absolutely magnificent as the creepy Sparma, with Malik pulling up the caboose with a very solid performance as a doo gooder officer who wants to make sure the serial killer never strikes again.

It’s the third act that really brings the film down from “good” to blandly sputtering off into nowhere. The clues were there to see from the get go that this wasn’t your typical crime thriller, but Hancock can’t seem to handle bringing all the loose ends together and making a cohesive narrative. Not to give any major spoilers but the whole premise of the film is up in the air. The story line with Sparma as the killer falters and sputters out as the two detectives end up in over their head and have to cover up their OWN crimes. The story can’t seem to decide whether it wants to be a narrative about the gray areas of tracking down a killer, or whether it wants to pull the rug out from under you and make the story a “gotcha” tale of cops getting away with literal murder. It’s strange but certainly doable, and Hancock can’t seem to bring things together and draw all the strings to a relatable ending, instead shooting off into left field and completely changing the meaning of the movie, as well as just letting all the loose ends that he hasn’t brought to a conclusion fall by the wayside as he moves full bore with his tale of “cops doing gray area things” to be fully palatable.

I whined and grumbled about the lack of a 4K UHD offering from Warner Brothers, but that tech nerd gripe aside, the Blu-ray is handled rather well. This is a stupidly dark film just from the trailer, and the Blu-ray replicates that ambiance quite well. Things are very clean and precisely replicated and despite some noise spikes when Deacon is driving on a dark rode, or in the middle of Sparma’s apartment, the movie maintains a very filmic presentation. The color grading ranges from cool blues to dusty browns, and while there’s some softness here and there, the overall clarity and detail levels that the dark movie replicates are quiote admirable. Contrast is not boosted and lifted to obscene levels as is the case with so many other dark films, and while I would have loved to have seen what 4K and HDR/DV could have done with those black levels, it is a solid Blu-ray.

The Little Things was available in HBO Max in both 4K (one reason I was grumbling a bit about not getting a 4K UHD disc) AND in Dolby Atmos, so color me a little surprised when Warner (who is generally very good about giving Blu-ray and 4K alike Atmos tracks) gave us the trimmed back 5.1 mix. Now sadly I didn’t bother watching The Little Things while it was available in streaming format so I can’t directly compare the two mixes, but all I can say that the 5.1 DTS-HD MA track that we get is good, but never truly great. It’s got a lot of low end thump to it with the tense and visceral score, and mixes in plenty of good surround usage, but never really is that amazing. It’s all cookie cutter thriller themes and scores, with great dialog to round it out. It’s crisp, clean and very well placed in the sound stage, but never truly excels if you know what I mean

• A Contrast in styles
• Four Shades of Blue

The Little Things is a perfectly capable thriller most of the time, and is really entertaining before the final act. It’s a solid thriller with great performances and an intriguing premise. It’s just that third act of rushed mess that brings it down. With so many ends left to flap in the wind the film just looses the oomph and impact that it could have had. I had a good enough time with it, was disappointed at the ending, but really, The Little Things just becomes a completely forgettable film. A shame considering how starved we are for new theatrical content from A list actors right now. The WB Blu-ray is more than capable with it’s technical specs, giving us good video and audio, but barely 17 minutes of extras. This is what I would consider the epitome of a light rental by definition.

I though it was slow and I expected more, the more I wanted the less it delivered and the ending really did a number.
Thanks for the review.

Asere said:
I though it was slow and I expected more, the more I wanted the less it delivered and the ending really did a number.
Thanks for the review.
Click to expand...

that's an excellent way of putting it "the more I wanted, the less it delivered"

HBO Max? I have that right now and it's not showing on there... only a trailer.

Of course you did say "was".

Sonnie said:
HBO Max? I have that right now and it's not showing on there... only a trailer.
Click to expand...

it was on about a month or so ago

yup, The Little Things was playing just before Kong Vs. Godzilla... now it's Mortal Kombat

I did catch Kong vs. Godzilla, but it ended up being Kong teams with Godzilla... Kong / Godzilla Tag Team

Sonnie said:
I did catch Kong vs. Godzilla, but it ended up being Kong teams with Godzilla... Kong / Godzilla Tag Team
Click to expand...

lol, if I get the physical disc to review one thing I will make abundantly clear was that it was basically Pacific Rim with a giant monkey and a dinosaur
Last edited: May 16, 2021

I was disappointed with Kong vs Godzilla too. I thought there was too much going on all at once like the scenes were congested if this makes sense.

Totally agree Michael. Very disappointing ending but not the worst movie in the world, especially since it's actually "new."

Yep. Wasn't terrible, but I expected much more from the cast.

The Atmos mix on the stream wasn't earth shattering, I'm guessing the 5.1 mix will pretty much cover things.

Sonnie said:
HBO Max? I have that right now and it's not showing on there... only a trailer.

Of course you did say "was".
Click to expand...