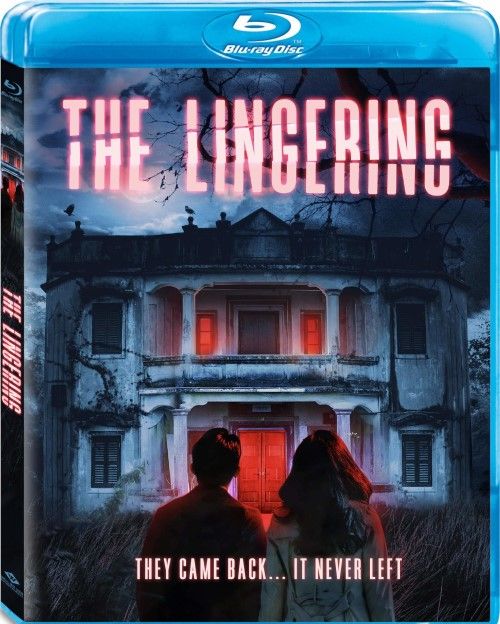 Movie
Whodunit ghost films are kind of a guilty pleasure genre of mine for sure, so when I saw that China was actually doing what seemed like a true ghost story, I was eager to check it out. For years it has been sort of taboo (both culturally and legally) to do ghost stories, but being a Hong Kong production they had a bit more leeway in this film. However, the movie itself ended up puzzling me quite a bit, as the actual story line is fragmented across two time periods (many times you’re left guessing which time we’re in, as it can flit from one to the other at a moment’s notice), and the entire tone of the movie just changes part way through, shifting over to (a rather touching I might add) mother/son drama that deals with the issues of growing older and the curse of alzheimers disease.

The Lingering actually tells two different mostly unrelated stories some 30 years apart (which I guess lends itself towards the title of “lingering”). The first tells the tale of a young wife and mother who is worried about her husband not coming home from his work. Things seem to be rather dire as the son, Dawa starts to see dead people. The film really ramps up for the ghost/horror aspect of the story here, as things go bump in the night and the mother, Qingyi (Athena Chu) starts to see visions of death and blood. Seeing all of these things prompts her to go see what happened at the plant, only to find out that her husband caused the death of 10 men, himself included, meaning that their spirits somehow found their way to her and son Dawa.

A split second later and the story jumps 30 years into the future, where Xinzhong (who is supposed to be a grown up Dawa, but I’m not sure why the name change takes place, as I’m guessing Dawa was just his childhood nickname, but sadly I’m not familiar with Chinese honorifics or idioms to conclude WHY the name change in the subtitles) learns of the death of his mother. Taking some time off from his restaurant business ventures, he goes back to his old village with his fiancee, where the film takes a sudden detour, and changes over from a ghost story into a dramatic tale of dementia and caring for one’s parents in their time of need.

The Lingering is completely bewildering if seen as one whole movie. Even as two separate movies it doesn’t make a whole lot of sense, being that Xinzhong DOES start to see ghosts and spirits when he goes home, only for them to literally just fall by the wayside as he starts to remember his past and finds out what ACTUALLY happened to his mother. I will give them this. Despite the jumbled up storytelling, and the incoherent editing, that final act was really poignant and sweet. Dawa/Xinzhong realizing his lack of hindsight over his mother’s care for him was toughing, and watching Athena Chu in the flashbacks DOES bring a tear to you eye. The only thing is, it’s hard to justify it when the rest of the movie is strangely disjointed and messed up. With whole plot lines just left by the wayside, and strange additions (such as the realtor), the film just leaves one cold and a bit unsatisfied.

I once again can’t find out any information about HOW The film was shot, but guessing by visuals this is another digital production (probably finished at 2K for the master’s resolution). It’s a good looking 2.39:1 framed AVC encode, and one that is prone to varying color schemes depending on the time period, and location of the scene. The scenes from 30 years ago are dusty and earthy looking, with a sort of bland desaturated look to the image. Shoot forward to Dawa’s future in his apartment and things are much more vibrant and clear. Details are razor sharp and the whole thing just looks clean and modern. Going back to his home in that modern time period is more cool blue with a tinge of green added, with a soft looking that still holds plenty of punch. Banding is the most notable artifact that can be seen in the image, and it’s pretty frequent (which can be typical for a Well Go USA release). All in all it’s a good transfer, which is a bit soft due to some aggressive period color grading.

The 5.1 DTS-HD MA Cantonese track is rather effective as well, but also mostly reserved for intermittent jump scares and the like. The track is pretty front heavy most of the time, but the ambient effects for when the spirits move things around in the back room, or when something leaps out and startles the viewer do exactly what they were supposed to do, and with good authority too. The second half of the film tends to be a bit more mild as the film deviates from horror into a melodrama, but there are a few ghost scenes (such as the ghost screaming at the fire demon) where the bass really jumps out of the framework and shake things up. Dialog is crisp and clean, and there’s really nothing bad I can say about the track besides that it’s a little reserved in the LFE and surround department.

The Lingering is a bit of a strange film. The dual story mode really is kind of jumbled up, and while the 3rd act gets really toughing and emotional, when you think about what came before it you start wondering to yourself what the point was. Whole plot lines and the entire tone of the first half of the film is just thrown to the wayside and the viewer is left scratching their head one what movie they were actually watching. It’s almost as if the director decided to completely change genres about halfway through, and with the jump in timelines decided to just wander in another direction. The Blu-ray itself sports good audio and video, but the typical lack of extras. I don’t want to say “skip it” because the latter half of the movie gets really good with the mother/son drama, but it is a hard sell to just recommend as the film is disjointed and fractured as a whole. Tentative rental is my personal recommendation.