The Knight of Shadows - Blu-ray Review

The Knight of Shadows 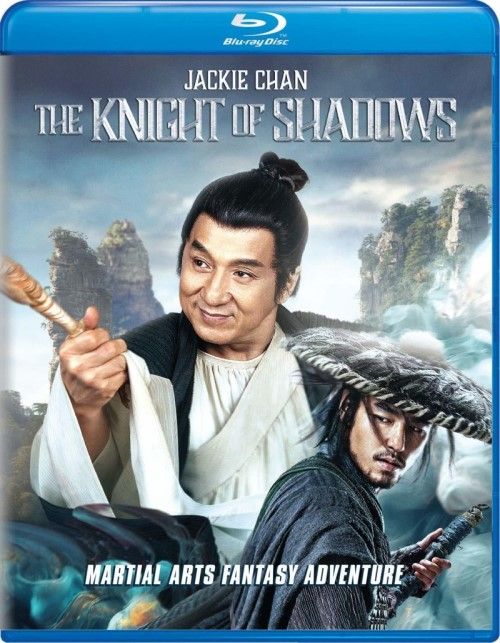 Movie
I’ve been a life long Jackie Chan fan, and have stuck around his since the 1980s as he and Jean Claude Van Damme were the two that inspired me as a child to start up martial arts. I would watch those WB Saturday morning kung fu movies rabidly, and then beg my parents to drive down to Blockbuster or Hollywood Video and check out VHS copies (and soon DVD) of the various other Jackie Chan movies that weren’t on TV. However, as is the case with all action stars, they hit the downward peak of their career as they age. Jackie has mainly been rumored to have kept on making the occasional Chinese film for the last 10-12 years simply because he wanted to keep his stunt team in work (his stunt team is legendary). Mostly these were garbage films that were as bad as most DTV films are over here, but occasionally he pops out a gem like The Foreigner, Railroad Tigers, or Police Story: Lockdown. I’m actually kind of excited that he’s re-entering American Cinema once more as he plans a 3rd Shanghai Noon film, as well as Rush Hour 4 with Chris Tucker, but I was super intrigued with The Knight of Shadows, as it was supposedly a massive Chinese undertaking, and one that Jackie was really excited about doing. Meaning basically we get a movie where Jackie Chan actually gives a care about and puts his heart and soul into once more, kind of like Jean Claude Van Damme coming out of DTV world to play the villain in Expendables II.

The Knight of Shadows (the subtitle Between Ying and Yang doesn’t appear anywhere on this Blu-ray release, even though it’s listed on IMDB and several other places) is kind of a “film within a film”, with two competing stories. The main one focuses upon the mythological Pu SingSong (Jackie Chan), a real figure from Chinese lore, and his magical world of demon hunting. The film opens up with a 99% CGI animated backdrop that tells the backstory of the magical world of demon hunting, the magical paintbrush that allowed him to banish the demons to imprisonment within his book (narrated by Chan). That scene ends and the audience is let in on the fact that this opening act was a story told by the scoundrel Pu SingSong, who is trying to hawk his new novel that he’s written about demon hunting. A bit of a goof, Pu is more than happy to try to scam the local peasants for a few cents so that he can sell his book, but believe you me, there’s more than a bit of magic surrounding him as the captured benign demons he’s captured help him out with his scams. 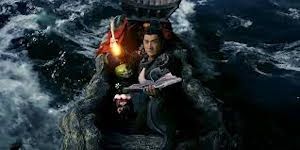 Simultaneously we have the story of Yan Fei (Lin Bohong), a young police rookie who is upstaging his bumbling chief Liu Quanzhen (Qiao Shan) in solving crime. Quanzhen is more concerned with pleasing the upper class elite with his adoration than solving crime, and with Yan Fei actually DOING his job for him, the bumbling chief does what he can to give the young rookie the worst jobs available. After investigating Pu SingSong for a burglary, Yan Fei gets sucked into the world of demon hunting and magic as he finds his purpose in another realm.

I did mention that this was a “story within a story”, and that secondary sub plot comes in the form of a beautiful demon named Nie Xiaoqian (Zhong Chuxi) and the tortured “ronin” (or whatever the term for a Chinese version is) Yan Chixia (Ruan Jingtian) who is hunting her. This is kind of a star crossed lovers tale, and we take up a good 1/4th or 1/3rd of the film dealing with their plight. Honestly, both stories are rather interesting, but the Pu SingSong one with Jackie is by far the better of the two, and I almost wish they had kept the star crossed lovers sub plot out of it. The film is kind of ADHD as it is, and jumps from scene to scene with impunity, but the inclusion of this more serious sub plot is a jarring juxtaposition to the fun and bouncy demon hunter story line with Pu. 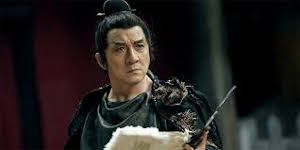 Like usual, this was another Asian fantasy film that was OBVIOUSLY filmed in 3D over seas, but we’re given the “flat” 2D presentation for our viewing here in the west. I couldn’t find anything about the filming style used outside of the fact that it used RED cameras, and not even if it was a 2K or a 4K master used for the release. My personal opinion is that we’re getting a 2K master simply due to how effects heavy the film is, and effects heavy films are massively more expensive to finish in 4K than 2K. Anywhoo, the film looks great in Blu-ray for the most part. It’s a very colorful and vibrant movie, with splashes of color at every turn, although there are some issues that crop up in the 2.35:1 framed film. There’s the obligatory Well Go USA banding that comes and goes (although not that bad) as well as a few artifacts that crop up in the corners of the screen (weird digital artifacts that just flicker at the corner of your eye). The film sports a ton of visual details, but also is kind of intentionally soft, as if everything (and I mean EVERYTHING) is smoothed over like butter. It’s not distracting or heavy on the DNR, but seems baked into the visual effects more than anything for a stylistic approach.

Well Go USA provides a 5.1 DTS-HD MA track in both Mandarin and English dubs, with both tracks being virtually identical except for the obvious difference in languages. It’s a punchy, action oriented track that’s cooked a good 3-4 DB’s hotter than most other mixes on my calibrated sound system. The roaring of the waves at the beginning vignette adds some great surround activity, as does some pretty outlandish action sequences between Nie and the hunter, as well as some of Pu’s more “exuberant” demon friends. Bass is tight and powerful, but never is over cooked and extremely hot, while the mains anchor the film up there in the front of the room. It’s a very clean and precise track, with no sounds of dynamic range issues nor problems with vocal fidelity. Excellent all the way around.

Fans of Jackie Chan actually TRYING in his films and those who like fantasy laded adventures will probably get a kick out of The Knight of Shadows, but it sadly is still lacking in the story department. The entire thing feels very gonzo, with a sort of ADHD editing style that slips us from one end of the spectrum to another and back again. The action is fun, and Jackie is most certainly having a blast (which is welcome thing considering how out of it he’s been with his last several films) and the scope of the film is actually quite massive. The budget for this was a huge thing for Chinese cinema, and you can see where they put a majority of their money in. Audio and video are good, but once again we have the expected minimal extras from Well Go USA. Worth checking out at least.