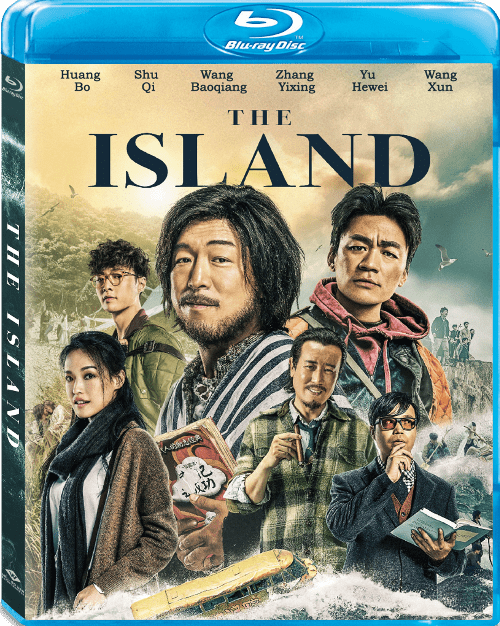 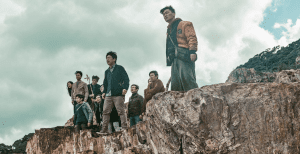 Movie
You might have read on the news this last week that we almost got hit with an asteroid that veered away at 45,000 miles outside our atmosphere. They say art imitates life, and that’s pretty much what happens with The Island, a movie about a meteor crashing into the ocean and stranding a bunch of people on a team building exercise out in the wilds of a mysterious island. The film is truly different than any other Chinese film that I’ve ever seen, and appears to be what would be considered “arthouse” for the Asian demographic. Directed and starring Bo Huang, The Island is a, frankly, BIZARRE movie that tries to play its hand at mixing elements of Lost with Lord of the Flies and Gilligan’s Island while blending in zany Asian humor as well. While it may seem a bit of an anachronism, The Island (not to be confused with the Michael Bay film) has hefty portions of each running through the 2+ hour run time and has enough time to flesh each of those aspects out quite nicely.

The Island starts out fairly innocuously, showcasing a group of co-workers going out on one of those horrific “team building” exercises that everyone who has ever been in a large corporation knows to loathe with all their might. It doesn’t take 15 minutes before things get weird (which sticks around throughout the rest of the film, as lowly employee Ma Jin (director Bo Huang) finds out en route that he has just won 60 million yen. However, that joy is short lived as a giant meteor that was SUPPOSED to miss the earth apparently strikes the ocean where their yellow bus is traversing (yes, you read that right. Their transportation is a big yellow bus that can travel the ocean) and sends them crash landing on a remote island.

Stranded on an island, the group of co-workers soon have to find a way to survive. As humanity devolves into their baser instincts clans and cliques begin to form with Ma Jin getting pushed out to the side where he and his brother (who was along for the exercise) are forced to live on their own. The thing with Ma Jin is that he’s always been extremely shy and introverted. He’s been in love with co-worker Shanshan (the lovely Qu Shi) for some time, but is way too shy to even say anything to her. When they crash land on the beach and ostracized, Ma Jin has to go through a period of growth where he becomes the single saving force on the island and grow past his insecurities to become the hero that we all guessed he would become. 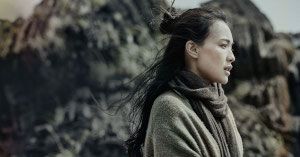 The Island is truly a bizarre art house film, but only in a truly Asian way. It is strange, sometimes incoherent, but keeps in tune with the typical happy endings that Asian comedies ascribe to be. There are elements of Lord of the Flies that come into play as the different factions on the island tee off against each other, but there is still a heavy dose of Lost, as the island survivors work towards a common goal. At the same time the movie can’t be without the goofy, loosey nature of Asian comedies and keeps the script from becoming overly bleak and esoteric with the addition of the humor. Bo Huang is obviously having a blast with the script and it doesn’t hurt anything that he and Qu Shi share some genuine chemistry on stage.

This brings me to one final point. Qu Shi is an actress that was over WILDLY under rated in China. I remember first seeing her in the romantic action/comedy Gorgeous with Jackie Chan when she was in her early twenties and was shocked at how adorably awkward she was. However, she has blossomed into an incredible actress with a wide range of acting cababilities at her fingertips. Movies like The Assassin or Legend of the Fist: The Return of Chen Zhen show her dramatic abilities, while films like Gorgeous, Journey to the West and My Best Friends Wedding showcase her comedic stylings quite nicely. I also can’t let it go without saying that Qu Shi is probably one of the most beautiful and timeless women along with Zhi Zhang. It’s been 20 years almost to the day since Gorgeous came out, and she still looks better in her 40s than most people do in their late 20s.

Shot on Arri Alexa cameras and finished at a 2K resolution for home video, The Island looks generally stunning. The film’s location on the island is bright and lush at times, with vibrant greens and blues dominating, while other night time shots can be a bit dreamy and hazy. There seems to be an intentional dreamlike state to the film at times, which lends itself toward loss of details when that hazy dreamlike state comes to the forefront. There’s a few night time shots inside the hull of a worn out ship that shows noise spikes and a little banding, but otherwise this is an incredibly vibrant and sharp looking film with tons of detail all around.

The Mandarin 5.1 DTS-HD MA track on the disc is quite a forceful one at times, and an all around good performer at capturing the highs and lows of the film. The film is really a rather forward heavy mix for most of the time, as it deals with the dramedy moments throughout the stay on the “island”, but it also has some power and low end support that comes out quite frequently. The subs replicate the roaring and crashing of waves on the beach, as well as some truly bizarre moments like fish falling from the sky (yes, like Mana from heaven) and the deep pulsating of the more intense portions of the score. Dialog is crisp and well located in the front of the room, and while the surrounds aren’t MASSIVELY utilized, they do come into play during the more chaotic portions of the film (such as the cramped yellow bus, or the yelling and panicking when Ma Jin lights the ship on fire).

The Island is a strange and bizarre film that is a hybridization of several different genres. I really did like the film for what it was, but it also can strain the patience of viewers looking for a more traditional storytelling structure. The film’s center act is the one that will lose the majority of it’s naysayers, but the ending act really brings things together full circle (and you really need to watch the scenes after the credits roll). It’s a solid film by Bo Huang, and the deviations from his traditional movies is rather welcome in an age where you can almost predict before the movie starts where a modern Chinese film will go. Well Go USA’s Blu-ray is very impressive, with great video, good audio and a modicum of extras to satiate fans. If you’re not put off by a film that is BLATANTLY different than the norm, The Island is a fun watch that will appeal to different people in different ways.