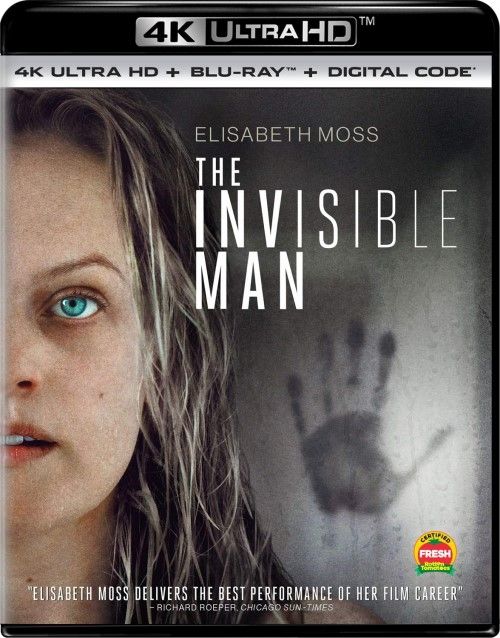 Movie
H.G. Wells has been a “well” of inspiration (haha, I had to laugh at my own pun) for sci-fi and horror films for quite some time. Last week we dug unto the 4K UHD of War of the Worlds, and now it’s another remake of The Invisible Man. The Invisible Man has been one of Wells best known works (probably only second behind War of the Worlds) and has been made and remade a dozen times, ranging from the 1933 film, to the Kevin Bacon Hollow Man, and even a TV show in the very early 2000’s (which was a guilty pleasure of mine). With it being remade and reimagined once more I was fully waiting for the film to be dead on arrival, only for the 2019 film to get really good reviews. Naturally I was a little curious, but waited until the review disc came to my house to see it, and have to say that I agree with the critics. This is a much better movie than I ever expected, makes it as creepy and horrific as the Kevin Bacon version, with a nice dark twist that would have put a smile on H.G. Wells face.

The film opens with Cecilia (Elisabeth Moss) sneaking out of her ocean side house, desperate and terrified to get away from her husband, Adrian (Oliver Jackson-Cohen). Barely getting away with the help of her sister Emily (Harriet Dyer) Cecilia hides herself away with a cop friend of Emily (played by Aldis Hodge of Leverage fame) where she hopes that Adrian can’t reach her. Terrified and going slightly insane, Cecilia is jumping at every shadow, until she gets the news that her husband has committed suicide. Slowly coming out of her shell, the battered wife begins to come alive for the first time and experience life. However, her past may still haunt her, even though she’s free, as Cecilia starts having glimpses of something out of the corner of her eye, and starts experiencing strange things in the house that she’s staying at.

Convinced that it’s actually Adrian cheating death, she tries to tell everyone she knows that her dead husband found a way to haunt her, only to be shunned at every turn. Little by little the terrified woman begins to understand that she’s not crazy. Something is after her and she can’t see it. But she can see th swatch of manipulation and destruction that follows in this things wake, and soon it will consume her mind, body and soul.

The Invisible Man is a terrifying psychological thriller that takes time to build its premise and peak. The story doesn’t really tell the backstory between Adrian and Cecilia, but it paints a rather good picture just by watching her terror and apprehension towards him. This sort of silent terror builds and builds as the manipulation and psychological terror begins when Adrian comes to torture his ex wife. If you’ve ever heard the term “gaslighting” before, be assured that this is a textbook case of it happening. Adrian manipulates and toys with her, driving Cecilia to believe that she very well may be insane, even though she knows herself to be completely aware of what’s happening.

I like how they modernized the story a bit with the invention of the suit. Instead of having a science experiment gone wrong, or something like that, we have a much more plausible and realistic take on how someone could achieve invisibility in this day and age. That being said, there ARE a few plot holes in the movie (such as how Adrian cleaned the paint off off his suit so quickly during their first real confrontation, or why he would leave so many guards alive to tell the tale during the hospital escape scene), but overall it’s a very solid thriller that grabs you by the trail and doesn’t let go till the credits roll.

Rated R for some strong bloody violence, and language. |

Wowza. Again, wowza. The Invisible Man’s 4k UHD transfer is nothing short of perfection. The movie is not geared towards a shiny and glossy look, but is a heavily stylized movie that deals in darkness, shadows and varying shades of blue/gray and dull olive tones. The Blu-ray looked incredible for the most part (it did have some issues with deep shadows and some digital low light noise), but the 4K UHD just blows it out of the water. The movie is already a dark and almost monochromatic affair, but the 4K discs darkens the image even more, but without making it lose detail. The opening shot with Cecilia escaping from the house is incredibly revealing, with the shadows showing so much more detail and not crushing at all. The 33 minute mark where Cecilia looks around the room believing someone is there with here also is devoid of the low light noise that I mentioned in the Blu-ray review. Facial details are rock solid, with fine pore detailing being excellent, as well as splashes of bright blood dripping from the corner of a mouth, or the shimmering black of the optics suit when it’s revealed. The HDR really deepens those blacks up a ton without showing any crush, and those bright splashes of color show up even more sharply than the SDR Blu-ray by a goodly margin. Long story short, this is pure demo worthy material, but it’s demo worthy in that it handles the nuances of such a dark and dram looking film so utterly well, and without flaw more than it makes it into a shiny digital Transformers esque 4K experience.

The Dolby Atmos (found on both the Blu-ray and the 4K UHD discs) is a show stopper as well, setting the mood for the rest of the movie with the opening few minutes. Waves lap up onto the beach, crashing swells slam into rock walls, and the score slams us with deep waves of ominous bass as Cecilia makes her escape from the mansion. The track can be front heavy at times, but it is NOT a weak mix by any stretch of the imagination. The surrounds and mains crackle with energy as Cecilia fights against an unseen assailant, and the little background noises stand out with crystal clear perfection. The bass is utterly devastating, with deep sub 20hz sound waves smashing the viewer into their seat with huge booms and crashes. There was more than a few times where I heard my 18 inch drivers flexing and sweating from the workout. Overheads are soft but active, especially with sounds of rain pitter pattering over head during the hospital escape. Fantastic mix, and fantastic sound all around.

• DELETED SCENES
• MOSS MANIFESTED – Elisabeth Moss describes the physical and emotional challenges she faced while portraying Cecilia, a woman whose truth is constantly questioned by those around her.
• DIRECTOR'S JOURNEY WITH LEIGH WHANNELL – Director Leigh Whannell acts as tour guide through principal photography, from day 1 to day 40.
• THE PLAYERS – Filmmakers and cast provide an in-depth analysis of each character and how they interact with the unseen terror of THE INVISIBLE MAN.
• TIMELESS TERROR – A behind the scenes look at how writer/director Leigh Whannell re-imagined this iconic character through the lens of modern technology and socially relatable themes.
• FEATURE COMMENTARY WITH WRITER/DIRECTOR LEIGH WHANNELL

The Invisible Man was a whole lot better than I expected, and a fun ride from beginning to end. There were a few unbelievable moments throughout, but what really kept the movie thrilling was Elisabeth Moss as Cecilia. She portrays the woman in such a tortured and traumatized way that you can’t help but be drawn into her world and sympathize with the hunted and haunted woman. The story itself is well written and well acted by everyone else, but Moss is a standout player here with a great performance that just drives it home. The 4K UHD disc is incredible, with 5 star ratings for both the video and audio. Extras are solid enough, but the movie, and the technical specs makes this a very good buy in my opinion.

Wasn't expecting to say this, but I'm putting this on my watch list!

I waited until this week for the rental release. New plan. Discs ordered.

Watched this last night and thoroughly enjoyed it.

I really enjoyed this movie. I didn't realize that I already own the 1933 version until I looked at the Monster movie set sitting on the shelf such as Dracula, Wolfman etc.

I watched it too. Excellent even with knowing the basic plot. Great use of sound to add to the tension and surprise moments. Very enjoyable as everyone has said.
J

We watched it Saturday and enjoyed it. As JStewart said, great use of sound...e.g., the opening scenes when she's trying to quietly escape from the house and accidentally kicks the dog dish caused both of us to jump.

Jack1949 said:
We watched it Saturday and enjoyed it. As JStewart said, great use of sound...e.g., the opening scenes when she's trying to quietly escape from the house and accidentally kicks the dog dish caused both of us to jump.
Click to expand...

yup, that opening scene is amazing. It's so layered and intense. the waves crashing on the rocks is just crazy, and those little creaks and groans as she tries to exit the mansion are super nuanced. I'm in love with the audio mix for this film

Jack1949 said:
the opening scenes when she's trying to quietly escape from the house and accidentally kicks the dog dish caused both of us to jump
Click to expand...

Michael Scott said:
the waves crashing on the rocks is just crazy
Click to expand...

That was really well done. You could hear/feel the swell start behind you, roll past you, then crash on the rocks in front. Its a sound I'm familiar with and it was very realistic.

JStewart said:
That was really well done. You could hear/feel the swell start behind you, roll past you, then crash on the rocks in front. Its a sound I'm familiar with and it was very realistic.
Click to expand...

Yep I used to live in the Oregon coast so I'm well aware of that sound. That's why I was so shocked it just sounded so incredibly realistic

Massachusetts coast for me. 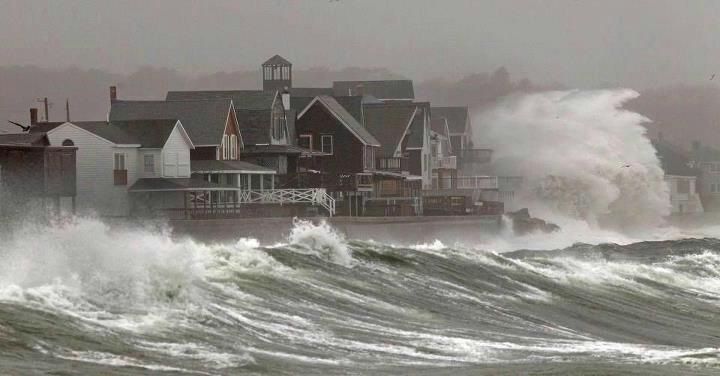