The Gifted: The Complete First Season 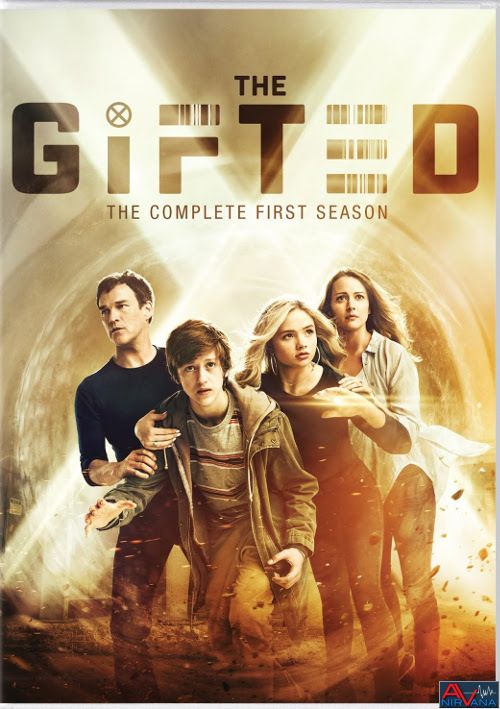 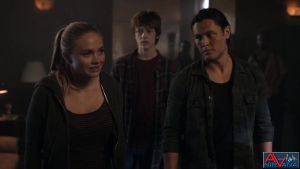 Movie
Do any of you remember the silly little 2001-2004 Marvel show Mutant X? It was a hilariously fun little Canadian produced show that was basically Marvel trying to take advantage of the X-Men craze that happened after the Bryan Singer film became so popular. The series was short lived as it was basically plagued with lawsuits from 20th Century Fox since its inception, and was literally under the weight of those suits until the day it died in 2004 (due to the main production company being sold to new owners who just ditched the show for other, cheaper produced series). The Gifted is basically 20th Century Fox’s answer to Mutant X, just about 14 years later. I wasn’t expecting much of The Gifted due to how badly Marvel’s broadcast shows have gone (I’m not including their high quality Netflix shows into that category), and due to the series trailer being rather cheap, but I was quite surprised at how different and fun the first season was. Sure, it has its faults, and the issues native to a show that has to set all the ground work for future seasons, but it’s a highly enjoyable show with a darker than anticipated tone to it.

Before I go on I have to say up front that The Gifted is designed to fall into the cinematic X-Men movie universe, but some time in the future from everything but Days of Future Past, and offers more of a spiritual connection rather than an actual chronological connection to the Bryan Singer/Brett Ratner films with Patrick Stewart, Hugh Jackman etc. Well, that’s not TOO surprising or out of the realm of possibility, as the X-Men continuity even on the comics front is nothing but one major retcon after another, and following the changes to the continuity is akin to riding on a roller coaster with a go-pro and having someone decipher what’s going on without heaving. That out of the way, on to the summary!

It’s been some time since the X-Men and the Brotherhood of Mutants vanished, and the world has become a bit harsher to the existence of mutants in their midst. It’s not illegal to be a mutant, but mutant’s are treated as second class citizens, and any damages or violence that occurs from the use of their vast powers is met with swift and brutal justice. Reed Strucker (Stephen Moyer, ironically married to Anna Paquin who played Rogue in the films) is a prosecutor who makes his bread and butter off of prosecuting mutants, only for his world to be turned upside down when it comes to light that his daughter Lauren (Natalie Alyn Lind) and son Andy (Percy Hynes White) are mutants as well, and during Andy’s manifestation he ends up destroying a school and harming students in the process. Now sentinel services is after him (a seeming precursor to the Sentinel project that becomes the bane of the Mutant world, setting up Days of Future Past), leaving him to do the unthinkable. Hunt down the mutant underground and see if they can get his family to safety. 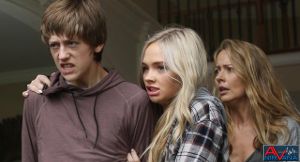 The Gifted starts out a bit rocky, but it quickly introduces us to many a Mutant who will play a big part in the future of mutant war. Some of the continuity is WAAAAY out of place from the comics, but since this in the film universe it’s not a big deal. We get to meat a young Blink before she becomes an X-man (Jamie Chung), Lorna Dane/Polaris (still Magneto’s daughter, which gets hinted at later in the show as she shares his powers), Thunderbird (Blair Redford) Eclipse (Sean Teale) and many many others over the course of the show. As with most X-Men related material, there is going to be opposing mutant forces. The characters that you start to grow and love will split and change, one group going with the forces of justice and light, and others who believe that there is no peace to be had with the humans, and will not hesitate to prove sentinel services right in their belief that mutants are uncontrollable and a threat to regular humans.

The show features a who’s who of most Fox and USA network shoes (we have the mother from Burn Notice, Jesse from Burn Notice, and even Garrett Dillahunt, who was a guest start on Burn Notice more than once, as well as on Fox’s Terminator: The Sarah Conner Chronicles as well), and the series has that sort of “made for TV” vibe that sets it apart from the cinematic universe, despite being chronological with it. The first few episodes start with a bang, but seem to be on rocky ground, setting up at least a dozen mutant characters that you know will play a big part, but seemed smooshed in their a bit too fast. However, you need to get past the first 3-4 episodes before passing judgment, as the show ramps up dramatically for the last 9 episodes or so and goes out with a jaw dropping bang that makes me really look forward to the second season.

All 13 episodes of the show are spread across 3 DVD-9s, but even without the added weight of extras on the discs, the show is decidedly mediocre on home video. The series has a distinctly desaturated and flat look given to it, as the series drains color from the picture at will, with only splashes of primary colors peeking through every once in a while (like Blink’s purple portals, or the green of a dog’s squeaky toy), otherwise this is a very flat looking experience. Details are ok, but there is a smeared look to the image that renders a very soft looking picture no matter what the lighting is. And speaking of the lighting, the black levels suffer dramatically as they are smeared, crushed, and filled with all sorts of banding, leaving you with a wince worthy feeling every time the show goes dark. It’s an ok transfer overall, but amid the artifacting and soft looking picture, the show is just “ok” on home video.

The audio mix fares better the video does, giving us a much more standardized action/sci-fi broadcast mix for us to enjoy. Dialog is well mixed with the copious amounts of action, and the voices are always intelligible. The surrounds get a decent amount of play with the battles, but do fade away during the more dialog intensive bits between the humans and mutants. LFE is POWERFUL though, and it’s used quite liberally throughout the series to deliver some deep down bits that really had my subs straining at times. It’s not the end all be all of mixes, but The Gifted’s first season is given a very competent and pleasing audio track to enjoy.

The Gifted started out slowly, and has a bit of a network TV vibe to it, but it shows some series leaps forward in maturity and presence as the series progresses. The themes of being oppressed and on the run show it much darker than we’ve ever seen the mutant world before, and it got progressively darker as the series went on. The acting is solid enough, but there is this niggling worry in the back of my head to not become TOO attached to the show, as Fox has this innate tendency of canceling the good sci-fi/action shows after 1-2 seasons without mercy (Firefly, Dollhouse, Sarah Conner Chronicles etc), but at this moment I’m singularly impressed. The show isn’t the epitome of greatness in a TV universe where we have Game of Thrones, Dexter, and the myriad of Netflix Marvel shows, but it is a fun superhero show that is a bit twisted and dark for the medium it’s being produced on. The DVD is given decent audio/video specs, but sadly no extras whatsoever and not even a slipcover. However, the price is right and if you want to get in on the action, it makes for a good watch.