The Curse of La Llorona 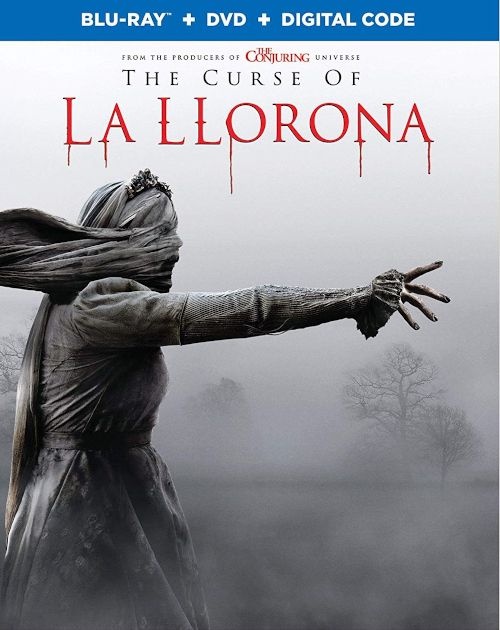 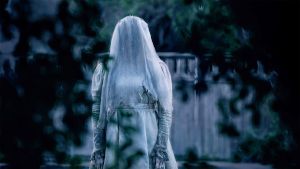 Movie
I’m surprised that The Conjuring world building has gone on this long and been this successful (yes, I know Annabelle and The Nun weren’t works of art), as the horror world is usually filled with a million sequels, but not the type of world building that has gone on with the release of The Conjuring a few years back. Annabelle was a creepy little horror flick that segued off of the original Conjuring, but after that the powers that be decided to keep jutting off into side stories. The Nun was an absolute abortion of a movie, so I was just a little bit leery of The Curse of La Llorona. I mean, I like Mexican inspired (and in this case directed) horror films, as there are some truly fantastic movies from the like of Del Toro and J.A. Bayona, but the sour taste left from The Nun was still fresh in my mouth. I ended up skipping La Llorona (even though I NEVER miss a horror film in theaters if I can help it) and instead decided to wait till the home video release to give the movie a spin.

Honestly, The Curse of La Llorona is pretty good. It’s not The Conjuring level, but easily on par with the first Annabelle and The Conjuring 2 in many ways. It’s definitely lower budget than the core Conjuring movies, and actually has the least telegraphing from another movie. By that I mean the little hints and setups that the previous films had in other movie. For example, The Nun was taken from the creepy Nun picture in The Conjuring 2, and Annabelle (both films) came from the creepy doll in The Conjuring. However, The Curse of La Llorona only references Annabelle by linking in father Perez (Tony Amendola, who will forever be Master Bratac from Stargate to me) who was the priest in Annabelle. Otherwise La Llorona isn’t really connected to some demonic ornament from the other films in any way.

Anna Tate-Garcia (Linda Cardellini, Avengers: Age of Ultron) is a widowed social worker with two young children over her own. After visiting a client whose children have gone truant once more, she inadvertently unleashes a demonic spirit known as La Llorona (the weeping woman, a famous Spanish folk lore character) onto her house. It seems that her client was under attack by La Llorona, and by visiting and exposing her children to the spirit, Anna allowed La Llorona to murder both children. Calling down vengeance from the spirit, the grieving mother turns the gaze of the evil spirit on Anna and her two children. 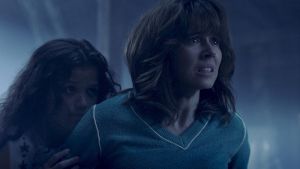 At first it’s just a whisper out of the corner of their perception, but soon young Chris (Roman Christou) and Samantha (Jaynee-Lynne Kinchen) are sucked into the clutches of La Llorona. Barely escaping with their lives multiple times, the two children’s claims of a mysterious woman in a white wedding dress are fall on deaf ears until Anna herself sees the influence of the demon. Calling upon the help of an ex priest turned mystic named Rafael (Raymond Cruz) the frightened family attempts to banish the spirit from their family once and for all.

Cardellini does a solid job with the role that she’s been given as the mama bear protecting her cubs, and the general ambiance of the film is actually quite appealing. The Spanish flair to the movie is nicely done (but not overdone) and the creepiness of La Lloronoa is palpable). However, the movie relies a bit too much on typical jump scares, complete with crashing moments, spirits coming out of odd directions, and HUUUUGE wallops of bass to make the audience jump. It’s not that these are badly done or are a huge liability, it’s just that jump scares are the lowest form of “scares” in the horror movie universe. They’re well worn tropes that can get a bit repetitive. Still, the film is impressively directed at times by newcomer Michael Chaves (who is set up to direct The Conjuring 3 coming in 2020), and the acting is well done (outside of Raymond Cruz, who kind of phones it in a little bit.)

Rated R for violence and terror 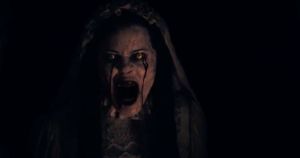 I’m not deadly certain whether The Curse of La Llorona was mastered in 2K or 4K, but I do know that it was digitally shot using the Red Weapon cameras before being transferred to home video. The resulting image is quite nice, although not a spectacular looking one. The film is set in 1973, so David Chaves used golden highlights for his daylight sequences, and cool blues for the darkness to replicate the look of the early 70s (I don’t know why golden overtones are used for “older” period piece movies in the U.S. for some reason). The darkness permeates the film from beginning to end, and combined with the overblown yellows in the daylight shots, the movie can be a bit softish. The fine details are still abundant and quite nice to look at (you can see the little flecks and fibers on the spirit’s white dress), and the nuances to the home of Anna and the children is lovingly textured. Blacks are a bit murky at times, and this contributes to some loss of shadow detail, but it’s not overly nasty and smeary like The Nun was.

Warner Brothers once again delivers a stellar Dolby Atmos track for the film, and while it has a 5.1 track (this time a 5.1 Dolby Digital instead of DTS-HD MA) as a supplement, it is NOT chosen by default, but instead defaults to the Atmos track (thank the maker!). The mix is powerful and aggressive, showcasing lots and lots of heavy duty bass lines to accent most of the jump scare moments (there’s a deep low end moment near the beginning of the film and when the spirit is vanquished that is absolutely amazing). Dialog is crisp and cleanly located up front, and the surrounds are active from beginning to end with the various creaks, groans and leap out moments that permeate the movie’s atmosphere. It’s a stellar track and probably the single thing about the whole movie that is really incredible and stands head and shoulders above the movie and even the video track.

I really liked the premise and general handling of The Curse of La Llorana, but it IS hampered a bit by some directorial claustrophobia. Michael Chaves doesn’t really give the film room to grow and breathe a lot, and is instead reliant on too many old fashioned jump scares. The acting is commendable, the ambiance creepy, and I liked that this was actually way scarier than last years abysmal The Nun ended up being. The Blu-ray is very good , with the audio being an absolutely jaw dropping experience. Extras are a tad scarce, but if you’ve liked The Conjuring spin-offs so far, than this is a good entry into that universe.

Thanks for the review. I saw it when it first came out and I thought it was ok. I will give it a spin at home and I may like it more especially because of the audio. Who knows when I saw it I could have been in one of those funks lol. Sometimes you have to go in with an open mind and when I first saw it I was already thinking it was not going to deliver.

Asere said:
Thanks for the review. I saw it when it first came out and I thought it was ok. I will give it a spin at home and I may like it more especially because of the audio. Who knows when I saw it I could have been in one of those funks lol. Sometimes you have to go in with an open mind and when I first saw it I was already thinking it was not going to deliver.
Click to expand...