The Big Bad Fox, and Other Tales - Blu-ray Review

The Big Bad Fox, and Other Tales 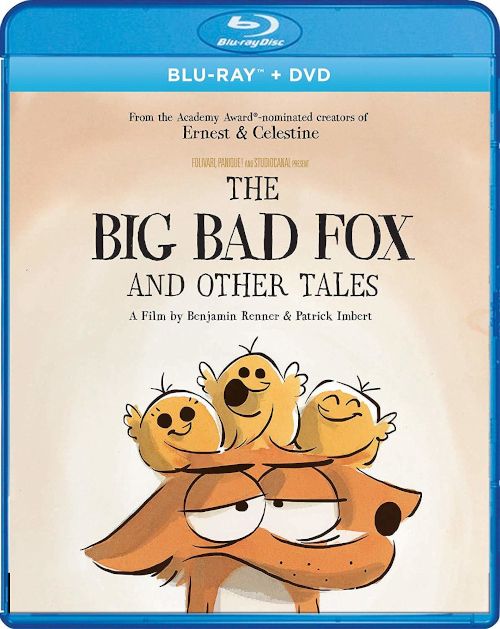 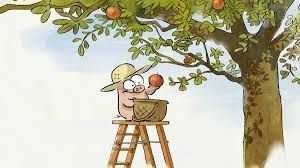 Movie
Gkids usually caters to Studio Ghibli, Studio Ponoc and other Japanese animated studios, BUT they do like to branch out every now and again with some other foreign language animated works, and with this affair it’s a French anthology film revolving around barnyard animals. The Big Bad Fox, and Other Tales is co directed by Benjamin Renner (along with Patrick Imbert), who was made famous with 2012’s Ernest and Celestine, which was an absolutely adorable French animated film that won me over right away. I wasn’t so sure that an anthology film would actually work with how intricate and deeply moving Ernest and Celistine was, but somehow Big Bad Fox was actually almost more charming and funny than his previous works.

In reality, The Big Bad Fox is meant to be taken as a lighthearted collection of short stories ala Peter Rabbit or Winnie The Pooh. There’s not a whole lot of depth to the stories, but they work on a superficial level as sweet and charming little kids stories that work for people of all ages. The film is structured as a stage production, with the farm animals putting on three separate productions for the audience, each with their own characters and lessons.

The first revolves around the pig, the goofy duck and Rabbit trying to get a young child to its mother. The Stork has whined about a broken wing and shuffled off his duty to deliver a baby named Pauline to her parents. Somehow he is able to rope in the three before mentioned farm animals to somehow trek across miles of French countryside and deliver the baby. This naturally creates a whole host of adventures as the trio try to figure out ways to get Pauline home safely, WITHOUT killing themselves in the process (which tend to backfire in their faces) 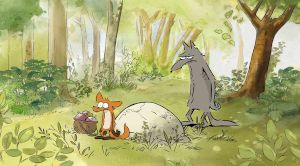 The second little story is a classic tale of the fox and the hen house. The poor fox desperately tries to break into the hen house and get himself a tasty chicken, but somehow is not strong enough to consummate the deal. The wolf gives him a brilliant idea. Instead of stealing a CHICKEN, why not steal the chicken’s eggs when she isn’t looking, as eggs can’t fight back. The only thing is, the eggs aren’t exactly snacking material, which means the poof fox is forced to sit on the eggs until they hatch, then raise them to adulthood before munching on them. Yeah yeah yeah, we already see where this is going. The chicks come out of the egg and the first thing they see is their mummy! Only their “mummy” is a fox who wants to eat them according to plan. A plan that is fading rapidly as he begins to care for the poor chicks.

The last one is the most throwaway, as it is a Christmas story. Like usual, the stodgy little pig doesn’t believe in Santa Clause, so when Duck and Rabbit accidentally “kill” his fake Santa Clause Christmas decoration, they’re forced to head off into the city and BECOME Santa Clause in order to “save” Christmas (which tends to backfire, as their plans always do).

The idea of the Honeysuckle Farm theater group is a great way to link the stories together, giving the idea of a play within a play, and sewing all three stories together rather neatly. The three stories aren’t wildly in depth and require very little thinking, but they’re charming little stories that just WORK. Kids will get a kick out of them for what they are, and adults will smile and chuckle along with the whimsical stories. The very first story about delivering the baby to her mother is very obviously the best, although the fox and the hen house tale is right on its heels. The only one that feels a bit weaker than the others if the final story, as it isn’t nearly as heart warming or personal as the other two. It’s not a bad story at all, but it doesn’t connect with the viewers emotions the same way the previous ones do.

Rated G by the MPAA for general audiences 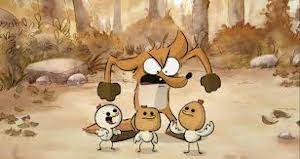 The Big Bad Fox, and Other Tales is given a lush and vibrant looking 1.78:1 AVC encode from Shout Factory that is literally about as perfect as one can get. Even though this is only 83 minutes long, Shout has given the film a full BD-50 to spread out upon, and the high bitrate and fantastic hand drawn water color art looks magnificent. The film is colored brightly and deeply with all shades of water colors, with heavy emphasis on greens and oranges (especially out in the forest with the Big Bad Fox himself). Shadows are impeccably done, and you can see each and every hand drawn line moving with perfection on screen. I could detect no issues with banding or crush, which isn’t surprising considering how much room was given for the encode, and overall this is a picture perfect disc. 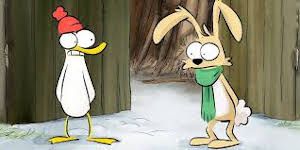 Shout Factory has provided us with both an English dub in 5.1 DTS-HD MA as well as a French 5.1 DTS-HD MA original language track to enjoy today. Both tracks are nearly identical except for the voice acting, and honestly, they’re both fantastic. Take your pick as I enjoyed both tracks equally. The film is quite dialog heavy, with a lot of activity in the front of the room, but a goodly amount of surround usage with forest chirping, and the occasional “whomp” as something crashes through a ceiling, or one of the animals lights off some gasoline on accident (with the typical disastrous results). The film doesn’t go too wild with the surrounds though, and as such it tends to be a front heavy mix that does everything well, but never stretches the limits of the format.

The three little stories within The Big Bad Fox, and Other Tales are all equally charming and fun, with the biggest and best leading the pack. That’s not to say that the Big Bad Fox story is bad, it’s just not AS sweet and charming as that initial tale. All three are purely fun fluff material, which is not necessarily a bad thing. The movie runs along at a brisk pace, and each little fun tale is perfectly situated to work as emotional cotton candy. The storytelling fun, the characters a blast to watch, and the Blu-ray itself is really well done, with great video and good audio. The extras may not be massively long, but they are a BLAST to watch though, and almost as fun as watching the movie itself. Recommended with both thumbs up.