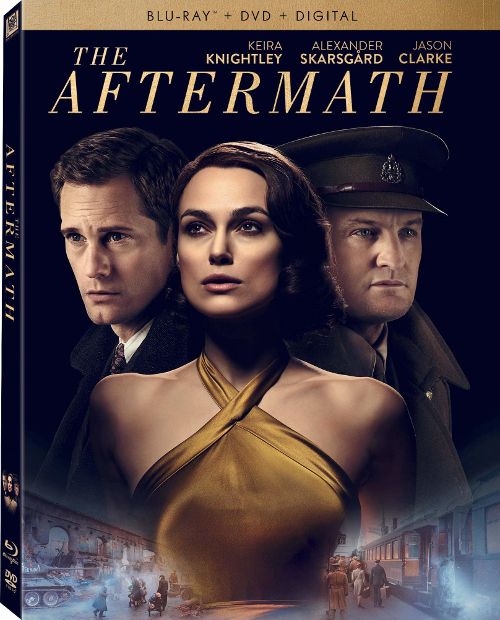 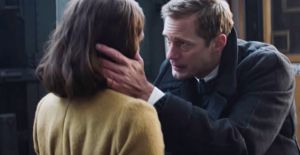 Movie
James Kent’s feature film debut Testament of Youth was a criminally under rated film that is criminally under seen by most people today. It wasn’t hard to see why he was recruited for yet another World War time movie in The Aftermath, as it is a classic type of British “stiff upper lip” romance blended with war time drama and intrigue, much like Testament of Youth. Albeit, with a bit less material to work with and the plot being a tad thin at times. The Aftermath is a solid romance, based off of the pain of war and loss, culminating in a third act that is a bit too predictable with not enough loose ends tied up to be completely satisfactory. The film is a good period piece for the first 2/3rds, weaving romance, painful drama, healing, and ultimately a happy ending, but the last act struggles to bring everything together believably, and actually had me wishing we had another 20 minutes (in an almost 2 hour film already) to fully flesh out some of these subplots and allow for their conclusions to come naturally.

Based off of the 2013 best selling novel of the same name by Rhidian Brook, James Kent pares down the entirety of the book into a romantic triangle in post WWII Hamberg (Germany). The year is 1945, and the 2nd World War has just wrapped up. Germany is in the middle of being plundered and torn apart by the Allies in an effort to round up the Nazi Party members, and to keep the country from ever rising to that much power again. British officer Lewis Morgan (Jason Clarke) and his wife Rachael (Keira Knightley) have moved into the mansion of a deposed German architect by the name of Stephen Lubert (Alexander Skarsgard) and are settling in while Lewis aids in rounding up all of the German troublemakers. Instead of kicking Mr. Lubert and his young daughter Freda (Flora Thiemann) to the work camps, the British officer instead kindly agrees to let the father and his child stay in the upper rooms of the house while they occupy it.

It doesn’t take long to figure out that this is a bit of a tense situation. Lewis is struggling to maintain his humanity while working with German rebels who constantly try his goodwill, and his and Rachael are on the outs as he is running from the fact that his young child was killed during one of the Luftwaffe bombings of London, and Rachael is just begging to be let into his life. When Lewis is sent to the Russian end of Germany as part of his duties, Rachael and Stephen kindle a romance as their pain brings them together. She with the loss of her son and emotional loss of her husband, and he as a grieving widower who suffered a spousal loss during the English’s retaliation bombing of Hamburg. As their passion and romance grows, so does the impending risk as Rachael risks losing more than just her son, and Lewis himself becoming embittered with the German rebels who take what little humanity he has left, leaving him with hate and anguish. 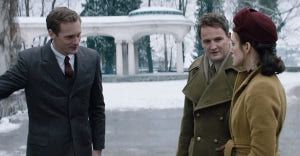 I haven’t read Rhidian’s 2013 novel, but from what I could gather The Aftermath stays close to the themes of the book, but trims out a lot of the secondary characters and sub plots to leave the romance triangle between Lewis, Rachael and Stephen intact. It’s a very solid period piece film, and I was a little surprised watching the movie as the trailer didn’t really sell it properly. The trailer made it seem like an erotic thriller with a wartime backdrop, but instead this is a wartime romance with some melodramatic overtones. Some of the story tropes were a bit obvious and predictable, but there is a good story hidden under that predictability. The romance is fueled by pain and suffering, with each of the characters being their own protagonist and someone elses antagonist. Rachael is a complex person, but you can sympathize with her agony over losing a child and being emotionally abandoned by her husband, yet still feel disgust at her falling into the arms of another man. The same thing goes for Stephen. He’s a lonely widower who’s being railroaded by the British, angry at losing his wife, and feeling this giant hole in his heart where she once dwelt. You sympathize and almost cheer when he and Rachael start to fall in love, yet see why his daughter calls him a coward by his betrayal to the man who showed kindness to him. And finally we have Lewis, a man who starts out by being the kindest person in the room, only to watch as the facade is pulled back and you realize that he’s harboring immense bitterness, anger, and denial (about his son in that matter). You sort of empathize with Rachael and Stephen shafting him with their dalliance, yet at the same time the film does a great job of emotionally tying him to you when you realize that this is just his coping mechanism for losing a child. Again, you both empathize and dislike parts of each character, and it’s an integral part of the film’s final culmination (which had me on pins and needles wondering who was going to die, as they all do in these types of movies).

As I said earlier, the film starts out excellently and gets even better, but the film’s biggest problem stems from the fact that director James Kent has a hard time tying all of the sub plots together, and the film ends a bit too abruptly and with not enough closure for some of the side plots. The romance with Rachael and Stephen is built up to fantastically, but the end “twist” comes a bit sharply and could have been enhanced by another 20 minutes of story development fleshing out WHY the changes that occur happen. It’s not a big deal, but the movie does suffer a bit from it.

Rated R for sexual content/nudity, and violence including some disturbing images 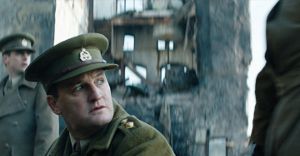 Once again I’m left with minimal information on the filming style of The Aftermath, with no definite answer on resolution used for the master. The only confirmation I can go off of is that the Alexa Mini cameras were used (and some Arri Alexa’s) to shoot the heavily stylized film. Cinematographer Franz Lustwig has colored the film very specifically, giving it a sort of dreamy and surreal look combined with the sepia colored scenes to imply “old” and “weathered”. The sepia colored indoor shots are contrasted with blinding alabaster white levels that are so vibrant and hot that they almost bloom and pop off the screen. Other indoor scenes also thrive heavily off of the brown elements of the sepia coat, and instead trade out the red for slate blues, creating a flat and rather harsh look at times. Fine details are exceptional, with the creases and lines around Knightley’s face showing up fantastically, and the intimate wrinkles and blemishes of fancy dresses and rough hewn military outfits visible to the naked eye. Facial skin tones are usually excellent, although they do have a slightly pale look to them thanks to that blindingly hot white levels that we see most of the movie. All in all, this is a beautiful looking film that is only marred by a few dark shots that show intermittent banding (although slight as it is). 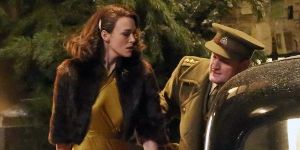 The 5.1 DTS-HD MA track is both intimate and powerful, using subtle music cues as a majority of the emotional impact. The film sports some sonic moments that deal with low end bass (a gunshot, a few explosions), but most of the time the score is what acts as the main auditory focus with soft dulcimer tones weaving throughout the film. The surrounds are active with said score for most of the movie, but there are moments of quiet dialog where the only sounds are a whispering voice, or a scream. It’s a simple track in some respects, but oh so complex when it comes to blending music, vocals and surrounding environmental sounds (such as the rumbling and hubbub of the train station during the final moments of the movie) perfectly. Dynamic range is appropriate for the type of movie, and there is very little to complain about. All in all, this is an excellent dramatic track that is far more active and enjoyable than I was expecting considering most dramas are VERY front heavy.

The Aftermath is a tense romantic wartime drama that has a lot going for it, as well as a few overt flaws. I really liked it for what it was and while I fully admit that the movie has a few pacing issues in the third act, that it very well may get better upon repeat viewings. Much of the acting is done with facial expressions and musical cues (watch the piano scene where we first start to see Rachael’s true pain), and all of the actors do a phenomenal job (Kiera proves that she’s more than just a pretty face from Pirates of the Caribbean). 20th Century Fox’s Blu-ray (sadly no 4K UHD) is stunning, with great video, great audio and a decent array of extras to flesh the package out. Worth checking out if you’re a fan of period piece dramas.