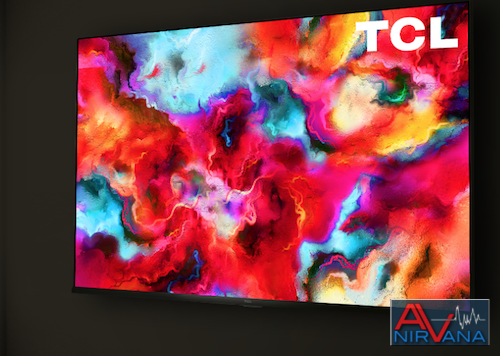 (August 15, 2019) At the risk of boring you with lists of specifications and model numbers sprinkled with confusing proprietary tech jargon, let’s cut to the chase and analyze what TCL has to offer with its newly announced 2019 TV lineup.

First and foremost, TCL has revealed a new flagship line called the 8-Series which, much like step-down 6-Series, carries Roku functionality and utilizes Quantum Dot technology for complete reproduction of color volume-rich DCI-P3 color space. In short, that means TCL’s two top TV lines are QLED capable, which likely will translate to performance that looks stunning to the eye. And while the TCL has released QLED TVs in China, this will be a first for the North American market.

The 8-Series, which ships this fall, is being touted as a reference level performer and is priced at $1999 for a 65” model or $2999 for a 75” model – both of which are 4K – with the promise of 8K versions starting at 75” launching “soon.” How soon, you ask? It’s hard to say for sure, but one top industry insider believes it could happen by the end of the year, but likely 2020. Unlike the 6-Series, the 8-Series sources light from a whopping 25,000 mini-LEDs, designed to deliver both bright whites and deeply defined blacks for notable contrast performance. And take note of the pricing, because TCL is edging into dollar amounts typically reserved for higher-end LCD TV designs.

The 6-Series begins shipping this summer and carries wallet-friendly price tags that start in the $600 range. While it doesn’t tap tens of thousands of mini-LEDs, it does offer a minimum of 100 zones of LEDs in its 55” model, and performance specs only get better as you spend more and increase screen size. And if budget is paramount, the 5-Series delivers serious bang for the buck (starting at $300 for TVs ranging between 43” and 65”) with a sleek looking bezel-less design.

Now for our headline that spotlights phones and calibration, it appears that TCL is the first manufacturer to crack the door to actual in-home customized panel performance using a handheld device. And this is seriously exciting because the masses deserve truly impactful automated setup features that put a television in its best-operating state. Of course, TCL’s top-line TVs carry onboard processing that attempts to optimize color, contrast, and clarity for various sources, but a forthcoming app (iPQ Engine Mobile app) for both Android and iPhone devices appears to allow a TV to analyze itself using a phone’s camera. The would-be intent (assumptions, here) is to dial-in color beyond what the eye can achieve. And while a camera on a device isn’t nearly as sensitive as that found on high-end calibration gear, anything is better than nothing, especially if it can analyze and apply some effective change to grayscale performance.

Hats of to you, TCL, and let's hope the calibration app works. Fingers are certainly crossed.