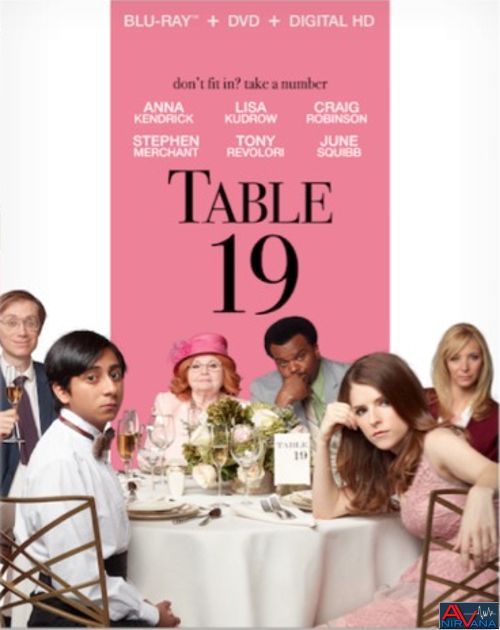 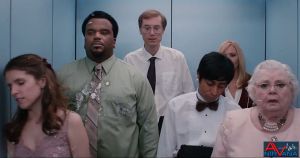 Movie
Table 19 looked like one of those loose, cutesy, dramedy’s that my wife would end up loving when I saw the initial trailer. Upon closer inspection, I realized that this was directed by the Duplass brothers, who have a strong penchant for indie style dramedies that end up being a bit loose on the cohesion in their structure. Nonplussed I went into the film with an open mind as I have enjoyed a lot of their work and ended up leaving with my jaw hanging on the floor. And by that I mean that I was simply stunned at the amount of ineptitude and clichés that went into the making of Table 19. There’s some decently high expectations and decently high aspirations going on, but in the end the film just ends up dazzling us with those high expectations and then just watching them fizzle into a nothingness of cliched happy endings by the time the credits role.

The front picture of the Blu-ray pretty much says it all. A group of sad people hanging around a wedding table looking like they’re rather be somewhere else. And that’s EXACTLY what is going on. The titular film is the infamous “black” table at a wedding. The table where you shuffle off the people that you wish you hadn’t invited, or were invited only out of obligation so that they would be out of the way of the rest of the happy tidings at the nuptials. The film starts out with Eloise (Anna Kendrick) deciding whether she wants to attend a wedding she has been invited to, and then neurotically checking yes and no repeatedly until she finally gets up enough courage to actually go. There she meets the rest of the reject table. Bina (Lisa Kudrow) and Jerry Kepp (Craigh Robinson), Renzo (Tony Revolori), Nanny Jo Flanagan (June Squibb), and Walter (Stephen Merchant). All a group of misfit toys who have been invited (against all hopes it seems like) and stuck off in the corner of doom where their sadness can infect each other.

It comes out rather early that Eloise was the original maid of honor, but because the bride’s brother was her ex-boyfriend (who ended up dumping her 2 months before the wedding) was forced to the outcast table where she bitterly watches as her oldest friend is married while her ex boyfriend stands up there at the front of the room and she’s relegated to the back. To be fair, the rest of the cast has pretty strong reason’s for being slighted too. Walter committed a crime against the family, the Kepps are just barely known (although they have their own marital problems that come to light at the “happy” gathering), Renzo is an afterthought, and Nanny Jo is just there to mark a check box between dueling parents. 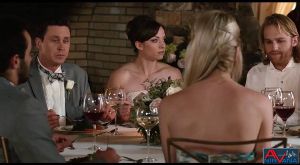 Much of the time is spent reminiscing about the past, and moping around trying to make oneself feel better. However, this IS the Duplass brothers, and be warned that there will be many a timely twist in the film that leads to an expected ending with everyone getting what they want. Sadly, it’s a tough chew as you have to spend most of the film wading your way through all sorts of morbid storytelling and shoulder crying to really get to anything important. At that point, there’s only 20 minutes left of the film and we have to watch all of those little loose threads just end suddenly with the expectation that they tied up and were tidy at the end of the day. The only REAL ending that comes from the whole situation is Eloise and her ex doing what everyone expected them to do from the beginning.

The only real redeeming quality of the film comes from a strongly charismatic cast who gives it their all. Anna Kendrick is always a darling to watch, and while she’s not given much to work with in Table 19, she does what she can. While Stephen Merchant and Tony Revolori fill in some cracks, it’s really Craig Robinson, Lisa Kudrow and June Squibb who create a lot of the energy outside of Anna. Craig and Lisa’s little romance squabble is fantastic, but frustratingly enough, ends up rather tepid and loses steam right before the film’s ending. June is great, and hilariously loopy as the old nanny, and she tends to lend some of that “everyone’s favorite aunt’ charm to the interactions. 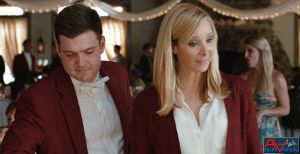 I almost couldn’t find the shooting style for Table 19, but the end credits clues you into the fact that it was indeed shot with the illustrious Arri Alexa digital cameras. Shot by the same cinematographer as The Fault in our Stars, Table 19 boasts a very VERY impressive transfer that doesn’t call attention to itself, but does everything right. While it’s not a glitzy, glamorous looking shot, the 2.39:1 framed digital film is very natural looking and has some incredibly detailed shots that are eerily realistic. There’s a sort of candy soft looking veneer to the film, with reds, pinks and soft blues making up most of the color palate, and finely detailed close-ups that show you everything you wanted (or didn’t want to) know. Black levels are more than adequate, and facial tones are spot on perfect.

Table 19 is a drama, and with that knowledge brings us a 5.1 DTS-HD MA mix that does exactly what one would expect. The track is naturally rather front heavy, with dialog taking up most off the heavy lifting, accompanied by a few flurries of activity during the main wedding ceremony that kick up the surrounds a bit, and a rather melancholy score that flows throughout the track. Dialog is strong and well defined, with the middling background elements of the wedding add some bleed through surround activity with mumbled voices, cheers in the background, and the wedding band blasting away at full power. LFE is fairly restrained, but there are a few instances (like the boat horn at the end) that pop the amp to the “on” position now and again.

Table 19 is one of those films that you’ve seen a thousand times before. Sad people looking for meaning in their lives and eventually finding it through some sort of cathartic breakthrough. The Duplass brothers are obviously looking for some sort of emotional breakthrough in their film, but unfortunately it just never seems to take hold and catch at the heart strings. The viewers are left watching the unfolding drama with a fairly emotionless sensation throughout the short 88-minute film, and feeling a bit cheated by the end. Fox Searchlight’s Blu-ray looks amazing, sounds great for a drama, but it and the weak extras hardly make for good entertainment. Skip It.