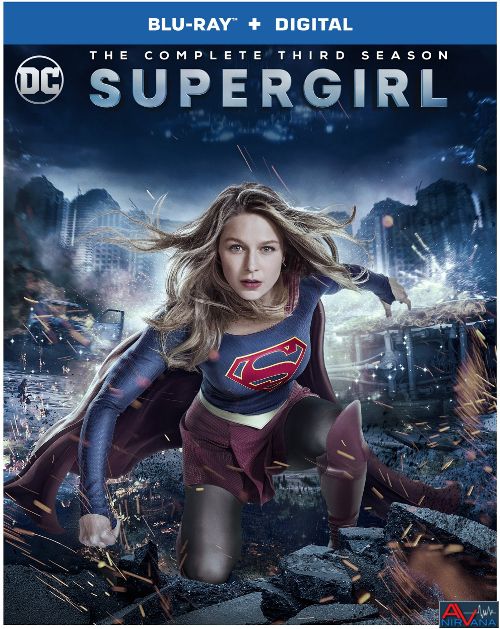 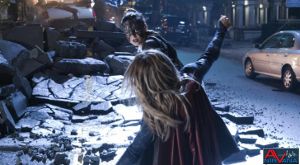 Supergirl has been kind of the “odd gal out” of the DC live action super hero shows, and had a bit of an eccentric start. It ORIGINALLY was going to air on The CW back in its initial season, but because of some internal conflicts and a lack of a desire to go ahead with it, NBC got the maiden voyage of the series. After a year NBC found it too costly of a show for their desired return on investment (ratings wise) and The CW had seen how well it had done (for them) on NBC, so they picked up the series for it’s second run. The first season was a bit rocky, but had some really good potential and by the time the season finale hit I was hooked. Season 2 unfortunately went the way of most CW shows. Lots more angst and romances were pushed to the fore front and the show became a little bit bloated and unweildy (especially with Alex Danvers and Maggie forming their relationship and taking up HUGE quantities of screen time when we all wanted to see Supergirl kick butt). However, The CW announced that they were taking notice of season 2’s foibles and would tone down some of the more grating aspects. Well, Season 3 does get rid of some of the bloat and unpopular relationships (Maggie and Alex break up within a few episodes), but new issues cropped up. Some good, some bad, some just “meh”.

Last season ended with Mon-El (Chris Wood) having to leave Earth due to lead poisoning (the weapon used to get rid of the Daxomites inundates their system) and he was sucked off into a black whole, leaving Kara/Supergirl (Melissa Benoist) to sob her eyes out and move on. Maggie and Alex Danvers’s (Chyler Leigh) upcoming nuptials is called off when Maggie lets it be known that she DOESN’T want Children, and a new villain comes to National City in the form of a Kryptonian genetically enhanced “world killer” named Reign. Reign is the creation of a dark sect of Kryptonians who believe in justice as a more “harsh” method of keeping rule. Her only goal is to subjugate the planet and cull the world’s population who don’t comply.

Having to keep up with regular super villains is hard enough, but Reign is even more powerful than Supergirl, as she is a Kyrptonian on steroids. To help her out Jimmy Olsen (Mehcad Brooks) is forced to don a mask and help out, and a surprise visitor shows up to help take on the world killer. It seems that Mon-El was forced into the future when we saw him get sucked into that black hole last season and he’s aged a bit. In the future Reign and her cohorts lay waste and it’s up to him, his wife Ember, and one of the Brainiac variations to travel back in time and stop it at the source. Which means he and Supergirl have a little making up to do in order to take on the evil that Reign represents. 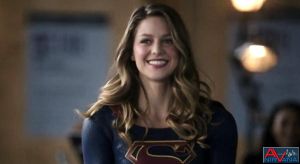 Supergirl does really TRY to fix some of the issues of season 2. It gets rid of the Maggie/Alex relationship and with Mon-El gone Supergirl isn’t so teen giggly anymore. However, Mon-El leaving was just TOOO much for them, and he HAD to be brought back as a main character. Although, I will admit that he’s much better than he was last year when he was dating Kara/Supergirl. Reign was a neat addition, especially being that she could handle Supergirl so well, but her dual role as mother and monster just feels a bit botched. Especially when they add in the Lena Luthor (Katie McGrath) into the mix and start muddying the waters with her and Supergirl’s “I can’t let the other one know who I am!!!” struggle.

The final negative portion of the show is Supergirl’s lack of subtlety and finesse when it comes to handling social issues. Social issues are never easy when people are as polarized as they are, but Supergirl’s writing is about as subtle as a baseball bat being wielded by Superman himself. It just slam you over the head with it’s message with such lack of finesse and polish that the message is lost midst the brutal beating and whackings of the story tropes. There’s a gun control episode near the end that is so laughably bad and preachy that I literally had to stop the episode 4 or 5 times and take small breaks just to get through it without cringing so badly that my face was turning into a contorted mess.

Now, you might think it’s all bad, and the show really isn’t. The cast work well together and Supergirl has been bringing some really neat villains and rogues to light from the Superman/Supergirl DC universe. Not all of them are the big ones either. It’s those little off the wall ones that make the show fun, as well as David Harewood’s portrayal of the Martian Manhunter. The story with him and his father’s “issues” (I’ll leave that for the show to spoil) is a touching and well done piece that stands out from the rest. Even though I end up being heavily frustrated with the writing and lack of subtlety that Supergirl is prey to, I still have a good amount of fun every time I sit down from week to week.

Continuing on with the stellar encodes that Warner Brothers usually gives the "arroverse", Supergirl: The Complete Third Season comes to Blu-ray with a razor sharp Blu-ray encode, and actually a slight step up from the already good season 2 in some ways. The series has also had a boost in episode numbers for the discs (as well as actually included all 4 crossover episodes in the season this time), and the show still looks fantastic. There's a bit of digital noise here and there (such as in Reign's fortress, or the bar where they hang out sometimes), but other than that the series is quite exemplary. Colors are bright and shiny, with Kara's deep blue suit, and Mon-El's maroon outfit shining brightly, contrasting the dark and black leather that Reign wears in her quest to dominate Earth. Eye laser blasts add a cherry red hue to the dimly lit night time battles, and the black levels themselves are quite good. The details levels are good, but never really get super sharp like Arrow or The Flash get, but the series is always fighting and living in the shadows, which keeps things from being razor sharp on a stylistic point.

Supergirl gets a slight kick in the pants this year and actually has me rating it 4.5/5 instead of the usual 4/5 that it's been hovering at for the last two years. The show's mix is always aggressive and exciting, but this year get a lot more super hero on villain action, with Reign, Pestilence and Purity smashing through the city with just as much force as Supergirl herself. A mixture that leads to some pretty dynamic battles with pulsing LFE and a hefty use of the surrounds when things get exciting. The woosh as Supergirl takes off fills the surrounds with this feeling of immersion, and the constant smashing and blasting of eye lasers keeps the whole sound stage moving. The quieter moments are crystal clear, and dialog all the way around is spot on. The rousing musical score flows effortlessly between the 5 main channels, and the low end emphasizes more than JUST the powerful fights. Slamming bodies, the rumble of city traffic, and even the hum of an engine provide a balanced use of bass that is quite appealing in the superhero dominated city.

• The Best of DC TV’s Comic-Con Panels San Diego 2017
• Inside the Crossover: Crisis on Earth-X
• She Will Reign! featurette
• Gag Reel
• Deleted Scenes

I’ve been a bit conflicted about Supergirl ever since The CW took over, and this season kind of solidifies the rocky nature of the show. It started out good, but with room to grow, and The CW has made it a hot bed of awkward social issues combined with some pretty atrocious writing to craft a third season that spends too much time trying to beat you over the head with gun control, social equality and fixing some of the mistakes of the previous season to ever really go FORWARD with its narrative. Still, there’s a strange attraction to the show that still has me coming back week after week looking forward to the next episode. It’s a strange symbiotic relationship that leaves me satisfied, but conflicted at best. Still a decent watch if you do enjoy the Arrowverse DC live action shows.