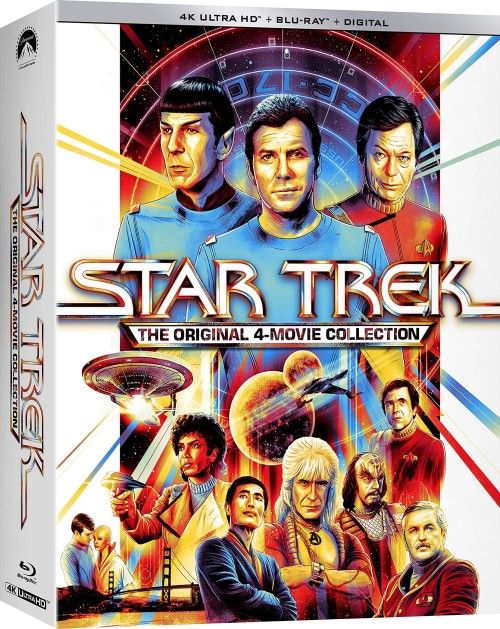 Movie
Star Trek II: The Wrath of Khan is one of the few Star Trek films that actually is not only a great Star Trek movie, but a great film in general. It’s widely considered the Godfather Part II of the series, following a decent TV series and a financially tepid first film and was almost going to be the last movie of the franchise. I guess that’s one of the reasons why Nicholas Meyer decided to end the film with what is considered one of the best endings in Trek history. “The Wrath of Khan” manages to learn from the mistakes from Star Trek: The Motion Picture and crafts one of the best science fiction films of all times, and easily my favorite of the Trek series. Khan was one of the most memorable villains of Star Trek: The Original Series and his inclusion was even copied for the reboot series with Star Trek Into Darkness (one of the most disappointing Trek movies since Star Trek V) and imprinted onto me since I was a 6 year old boy watching over my brothers shoulders and being terrified of the mind controlling ear worms.

It’s been some time since the events of Star Trek: The Motion Picture and many of the U.S.S. Enterprise members have gone their separate ways. James T. Kirk (William Shatner) is now an Admiral in the Federation, while Spock (Leonard Nimoy) has taken over command of the Enterprise and is training cadets to become the next generation of explorers. The U.S.S. Reliant is out on a routine patrol mission near a desolate planet when they find out that the planet is NOT so desolate. Going down to the planet’s surface, Captain Terrell (Paul Winfield) and Chekov (Walter Koenig) make a terrifying discovery. This uninhabitable planet is actually the same planet where Kirk marooned the vicious 20th century super soldier, Khan (Ricardo Montalban) 15 years ago. Taking ahold of the Reliant and luring the Enterprise out their location, Khan sets a trap for his old Nemesis and ends up crippling the Enterprise almost beyond repair.

However, Kirk has never failed yet, and he doesn’t plan to today. Turning the tables on Khan, Admiral Kirk ends up wounding the wolf, causing him to limp away to lick his wounds and giving the crew of the Enterprise time to devise a counter strategy. Things go from bad to worse when Khan finds out that below their very fleet, on a desolate moon base there is a federation science project called Genesis, which can create the ultimate life in the galaxy or be used as a weapon to end it as well. Desperate for the upper hand, Khan grapples with Kirk for control of Genisis, pitting man versus superman in a battle that will tear the Enterprise limb from limb, and will allow only one side to come out alive.

The Wrath of Khan is easily the strongest of the early Trek films, and maintains that status to this day. Nicholas Meyers took control of the movie and chose to tweak the storyline a bit and learn from the mistakes of the past. Instead of being so intent to turn the film into a 2 hour long recreation of the TV show, he expanded on the premise and turned it into something so much more. Character development was already there, and the building blocks were in place, and the resulting chemistry between the leads was established in times past. Shatner is not the greatest actor on the face of the planet, but he like John Wayne. So iconic in his delivery and fan love that he is irreplaceable. The interactions between himself and Leonard Nimoy’s Spock are the highlight of the film, and the ending death of Spock is one of the most powerful moments in all of Trek history. “The needs of the many outweigh the needs of the few”, is a line that reverberates through my mind whenever I think of the film.

The only downside of the film comes from the fact that Khan was a villain that was only seen once or twice in season 2 of The Original Series. He was a legendary character, but one that had aged 15 years and may have been forgotten by the general populace. However, Montalban’s Shakespeare spouting Khan is about as legendary in his performance as can be, and even if you don’t know who Khan was in the series his acting and deliciously evil villain routine makes it so you can’t take your eyes off of him. The strength of the series comes with a little bit of nuance, as Khan is suave and debonair madman, able to quote Shakespeare and classic literature at whim, but also embodies much of that classic literature with elements of Moby Dick present in his persona (ironically the book is present in Khan’s collection on the planet. An act of foreshadowing that is not lost on the viewer if he pays attention).

Now, the big thing you’re here for is the video review. Paramount remastered The Wrath of Khan 5 years ago or so for the Director’s Cut Blu-ray release and that was a HUGE step up over the aging Blu-ray transfer they had used previously. Luckily Paramount has taken 4K UHD from the same master, giving us arguably very similar viewing experiences, but rather enhancing and tweaking that already stunning Blu-ray transfer. One thing I noticed off the bat is how bright the Blu-ray seems by comparison. It’s not that The Wrath of Khan is super dark on 4K, it’s just that the HDR enhancement tweaks black levels and tames some of the bright colors from the Blu-ray format. Rich red uniforms pop off the screen with ease, but the real benefit of the HDR is the black levels. Space looks a bit milky in the Blu-ray, but the 4K UHD shows deep and inky black goodness here, with almost no crush. Watch as the Reliant battles it out with the Enterprise. The blackness of space is just so revealing, and you can see every line of the ships hulls. Like The Motion Picture, there are some optical effects and intentional framing that can make some scenes look a bit soft, especially people, but overall this is a rather large upgrade over the already great looking remastered Blu-ray (and a HUUUUGE upgrade over the old boxset Blu-ray).

The audio mix appears to be the same 7.1 Dolby TrueHD audio track found on the other releases of the film and as such it carries with it the same flaws and benefits. The Wrath of Khan sadly has the weakest audio track out of all the Original series films and it is a bit tepid on Blu-ray considering all of the fantastic audio tracks we’ve witnessed from the long lasting series and films. Dialog is strong and clear, with no abnormalities of imperfections, but it is just mixed a bit timidly with not as much LFE and surround presence as I would have liked. Especially considering it is one of the more action packed films in the Kirk Lineup. James Horner’s score is wonderfully replicated with tons of auditory clarity, but it lacks a bit of depth and force that would have really made this track shine. It’s a decent audio track, but one that sadly fizzles a bit when compared to the rest of the franchise.
.

I can still watch and re-watch The Wrath of Khan more than any other film in the series, barring maybe my love affair with Star Trek: First Contact. It’s the movie I use to wash the taste of Star Trek: Into Darkness out of my proverbial mouth and the addition of the director’s cut makes it that much sweeter, as the director’s cut is easily my favorite version to watch. The new 4K UHD carries with it an improved video track as well and all the extras that are on the massive Director's Cut Blu-ray that was released in 2016 as well (only on the Blu-ray of course). Thankfully Paraount replicated their work from the Director's Cut, giving us both the Director's Cut and Theatrical Cut on the same 4K UHD via seamless branching. Best of the original series movies, and a great looking/sounding disc.

Absolutely love this film. I've seen it countless times and it's still wildly entertaining and emotional. You're a brave man to write individual reviews on each of these films Michael...you must have time to burn

Epoxy1 said:
Absolutely love this film. I've seen it countless times and it's still wildly entertaining and emotional. You're a brave man to write individual reviews on each of these films Michael...you must have time to burn
Click to expand...

lol, part of me already wishes I had done them all as a set writeup... but I'm in too deep now

This movie gave me nightmares as a kid! Such a great flick, tho... 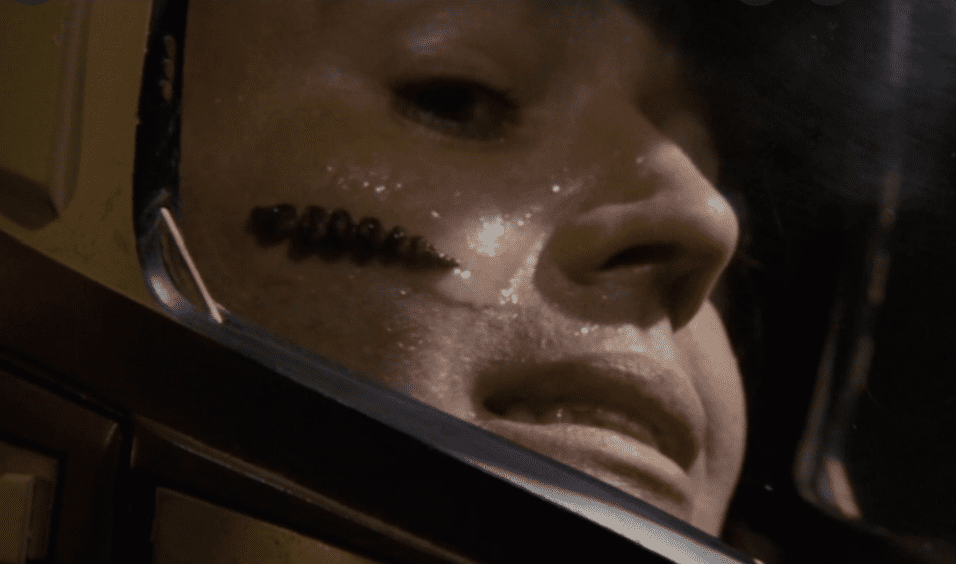