Spiral: From the Book of Saw - 4K Blu-ray Review

Spiral: From the Book of Saw 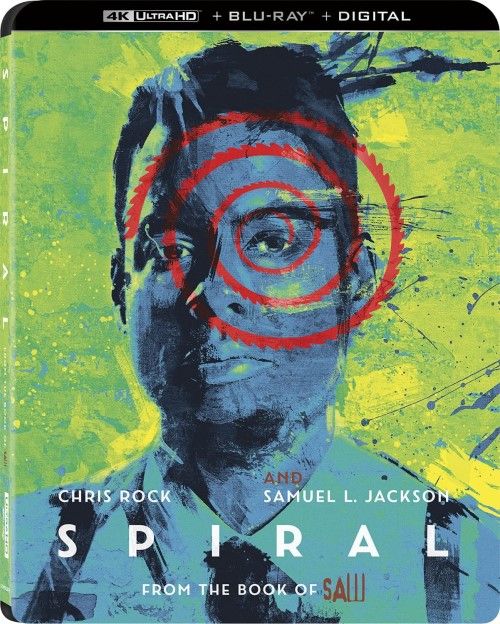 Movie
The history of the Saw movies is kind of interesting. It started out as a very very low budget psychological torture thriller, and actually garnered some very positive critical and fan acclaim. Despite the fact that it shocked people with grisly torture. The movie took the idea of moral dilemma’s to an extreme, and the new genre of “torture ” movies was born (albeit Saw has more redeeming qualities than just grisly murders for gore hounds). The movies garnered 2 more sequels that actually drove the story even further, probably peaking somewhere between the 2nd and 3rd film. However, then the series became another Lionsgate cash cow, basically becoming the next Friday the 13th or Nightmare on Elm Street, pumping out sequel after sequel each year, more concerned with making the next big money maker than actually making a good movie. By 2010 the series had finally reached the maximum overload (1 movie every year is hard to keep going forever) and the series basically ended with Saw 3D. Or so we thought. 2017 had Lionsgate trying a soft reboot/sequel with Jigsaw.. A movie that had potential until it basically wet the bed with the final twist ending and once again nixed the ideas of continuing on with the franchise in what seemed like a sense of finality. Well, at least until 2021 when, once more, the cash cow series has a sort of reboot with/sequel with Spiral: From the Book of Saw.

Spiral revolves around one Detective Zeke Banks (Chris Rock) a semi disgraced “good” cop who is the son of the legendary Chief Marcus Banks (Samuel L. Jackson) and is now despised by the rest of the department for turning in one of their own. Even though that dirty cop Zeke turned in murdered a man. However, their disgust for Zeke is quickly put on the back burner when Zeke and his new rookie partner William Schenk (Max Minghella) come across a dismembered corpse of one of their own (amusingly played by Dan Petronijevic who is best known for playing McMurray on the HULU show Letterkenny). Their wondering on who did the vile deed is soon put to rest when the killer sends a USB drive with a video on it explaining just what’s going on. It’s a Jigsaw copycat killer, complete with it’s own voice synthesized narration of more murders to come.

You see, this new serial killer is targeting cops, and not just cops, but crooked ones at that. Just like Jigsaw, this new killer has a knack for making traps, and he’s out to clean up the force with some good old fashioned torture scenarios that has the victims disfiguring themselves to prove their “penance” and their worth to live (spoiler alert, it’s not like anyone of them is going to survive anyways. This is a Saw movie). Bit by bit Zeke starts to put the clues together, and bit by bit he comes closer and closer to the person who is pulling all of the strings. And it might just open his eyes a bit.

Spiral: From the Book of Saw actually does a decent job of rebooting the franchise. It feels a lot more like the original few Saw movies (not surprising considering this is the same director who directed Saw II) with the puzzles and psychological mystery going down. The good thing is that it doesn’t have some form of Tobin Bell’s Jigsaw character (as iconic as he was), but that’s also one of the movies biggest flaws. The series pretty much died in creativity after the 3rd (possibly 4th) film when the series started using a whole host of his “disciples” to carry on Jigsaw’s legacy. Jigsaw was such an incredible mastermind that taking him out of the picture and getting rid of his moral quandaries that he laced throughout his games just made the series another typical “torture ” movie, even though we had more of the same traps. The same can kind of be said for this one as well. The better part of the movie is spent figuring out WHO is the brilliant mastermind behind all of this, but kind of like Jigsaw the movie kind half botches the final twist. When the villain describes his whole motive for cleaning up the force, it feels kind trite and vengeful. There’s none of the twisted finesse that the Jigsaw killer had in the first few movies. The signs are there for all to see, but for some reason it’s kind of hard to buy it all.

I actually wanted to watch Spiral due to the cast. It had Samuel L. Jackson, Chris Rock back in a starring roll, and young Max Minghella (who was great in Into the Forest), and they really didn’t disappoint in that aspect. It’s nice to see Rock in a starring role once more, and Samuel L. Jackson doesn’t ever disappoint. They work well together and the franchise feels less like a cheap cash grab, and more like a genuine effort to reboot the series with quality acting. The problem is, the film follows the same formula as the later films. Detective finds a body, he gets a clue, someone else is tortured to death, rinse and repeat that formula as he gets closer and closer to the villain. It works on a basic level, but the movie just isn’t GREAT when it had the possibility of at least being really good.


Rated R for sequences of grisly bloody violence and torture, pervasive language, some sexual references and brief drug use 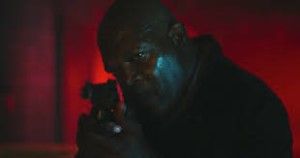 The digitally shot film is definitely better than the Blu-ray, although both Blu-ray and 4K UHD are not exactly shining examples of demo material. They’re very good discs, but the film is so heavily stylized that it’s hard to make it demo material with all of the dirty blacks, deep blue tones and yellow tones that the film alternates between. The series had always had a dark and grungy visual aesthetic to it, so it’s no surprise that even the best it can do is just very good. Digital noise is prevalent in darker shots, but never egregiously so, and blacks are usually good, but also show some washing out here and there. Fine details in the daylight scenes are shockingly sharp and clear, but darker shots tend to crush with hints of yellow or blue light blasting out contrast levels at times. A good disc, definitely better than the Blu-ray, but also a product of specific visual aesthetics. 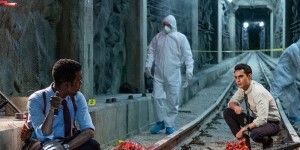 The Dolby Atmos track is probably the best part of this disc, as the mix for a horror track is usually always stellar. The track slams you with some massive bass with the death in the tunnel with the train, and then transfers to the pulse pounding score throughout the rest of the run time. Dynamics are actually staggeringly wide, with quiet whisper like moments punctuated with incredible ferocity during a torture scene. Surrounds are used quite actively with the score as well as some of the echoes and sound effects of the more “violent” scenes. The ambiance overhead is what fuels the Atmos heights, bringing in some discrete sounds of chains rattling from above, as well as little drops of water or bits of debris falling. Dialog is always crystal clear, and outside of a few moments where I felt a little more bass could be used, this is a stellar sounding mix.

I was kind of intrigued by Spiral. It was a rather solid attempt at rebooting a long dead franchise, but sadly I think the viewership has sailed for the Saw series. With chronic overdoing it “fatigue” the series pretty much killed itself off a decade ago, and while I think this is definitely a better step in rebooting the series than 2017’s Jigsaw, I just am not sure we’ll be seeing any more sequels (even though the series sets the villain up to continue his rein of terror with more sequels if this one pays off at the box office...which it sort of did. There was enough profit that we very well may see another one of the Spiral series). The 4K UHD disc is a solid disc, and the extras more than ample for a modern film. All in all, I enjoyed on it a primal level, but am not fooling myself that this is just another sequel in a franchise that peaked around the time Blu-ray was kicking off. Worth it as an interesting rental if you are fine with LOOOOOOOOOOTS of gore.

Thanks for the review. I like Chris Rock so will check this out once available on amazon prime/netlflix.