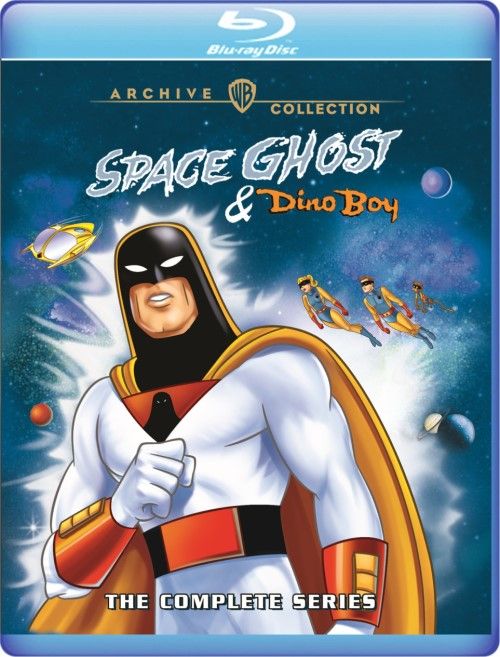 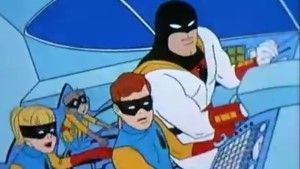 Movie
To prime the pump, so to speak, before The Flintstones is released in all of it’s glory, Warner Archive decided to release another classic 1960s Hanna-Barbera cartoon, Space Ghost & Dino Boy. For you young ones who grew up with Space Ghost Coast to Coast the last couple of decades, yes this is the same Space Ghost. But no, it’s not the same format. Coast to Coast was an Adult Swim comedy special with Space Ghost being a late night intergalactic talk show host, and is PURE comedy, while Space Ghost & Dino Boy is a straight laced action cartoon from the early 1960s. However the show is so over the top and straight laced, that it borders on the comedy that was portrayed in the Adult Swim remake/reimagining even though it was aiming to be a typical 1960s Saturday morning cartoon.

Space Ghost is an intergalactic policeman who uses his tricked out wrist bands, flying abilities and space ship to keep the cosmos under control from criminals like Brak and Zorak. With the help of his friends Jace, Jan and their monkey side kick blip, the crime fighter make sure EVERY villain is put away for good. The show is silly and rather cheesy by today’s standards, but it falls right in line with shows like The Jetsons, The Flintstones and other Hanna-Barbera era Saturday morning cartoon. Each episode is split into three sections, with the first always being a Space Ghost story, while the middle section goes back in time to prehistoric era, where we meet Dino boy and his adventures. Finally the 21+ minute episode is finished off with ANOTHER Space Ghost story to go out on a high note. 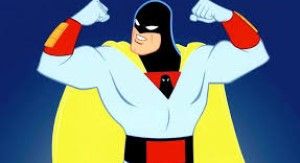 The Space Ghost stories are a little old fashioned and “nuclear 50s and 60s family” oriented more than we’re used to today, but they’re still a load of fun if you enjoy stuff like He-Man: Masters of the Universe, She-Ra and Thundercats (the originals of course). The adventures of Dino Boy was a little less fun, and a lot more cheesy really. I loved watching old episodes of Space Ghost back on TV during the 80s when it was on re-run, but I have VERY little memory of Dino Boy. My only suspicion is that it was so mediocre that I just forgot about the stories.

While it may seem a little cheesy today, Space Ghost was the basis for Adult Swim’s creation, and why we remember the original character today. The creators absolutely loved those old 1960s episodes, so when they recreated the hero in comedy “talk show” scenario, it became the ground floor for what would become a MASSIVE studio and we wouldn’t be seeing such stuff as Aqua Teen Hunger Force, The Brak Show and many others if they hadn’t revitalized him. You might be wondering why I’m talking about the 1994-2011 Adult Swim show when this is the old Hanna-Barbera series that I’m reviewing. Well, the point being is that without Space Ghost & Dino Boy we would not have had some of the greatest Adult Swim shows today, as the founders of Adult Swim held this show here in such high regard, and went so far as to resurrect him from the ashes to create their first big hit. 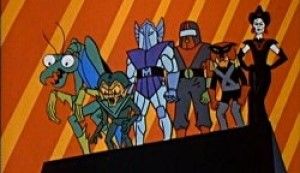 The 1.33:1 framed show looks great on Blu-ray for sure. I haven’t seen the MOD DVDs to compare to, but the series looks much better than I was expecting. The old hand drawn line art is in exquisite shape, with only a few small speckles or a mark on the source frame to really mar the image in any way. The brightly colored show really pops with vibrancy, especially in the primary blue/green/red/orange color spectrum. Delineation is excellent, and film grain is perfect. The show’s animation never lent itself towards MASSIVE amounts of detail levels, but the minimalistic animation is rendered extremely well. Blacks are deep and inky (such as Space Ghost’s cowl) and clarity is sharp as can be. 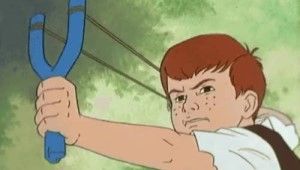 The 2.0 Mono DTS-HD MA track is EXACTLY what one would expect from a 1960s Saturday morning cartoon. It’s brisk, cleanly replicated in the vocals, but not a whole lot of spacial separation due to the Mono track. There’s no sound of hiss or sharpness on the vocals, and they outside of sounding slightly thin compared to modern mixes, the track is really as perfect as you can expect. I only rate it 4/5 instead of higher simply due to the fact that a Mono track like this can’t compete with higher end 5.1 and above mixes that get more care with modern TV shows.

• Simplicity: The Life and Art of Alex Toth

Space Ghost & Dino Boy is classic Hanna-Barbera and one I’ve almost purchased on DVD several times over the years (and was only stopped because it was one of Warner Archive’s burned DVD MOD sets rather than the pressed discs that come with Blu-ray MOD from them), and while it’s not as charming or humorous as other Hanna-Barbera shows of the same time period, it is still a great bit of fun. Well worth picking up if you’re a classic collector.