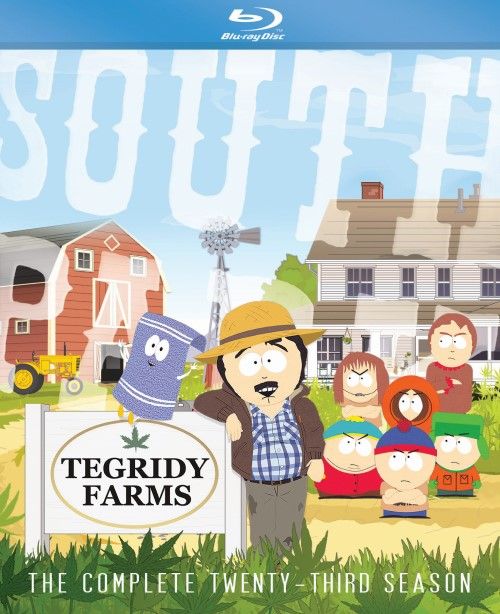 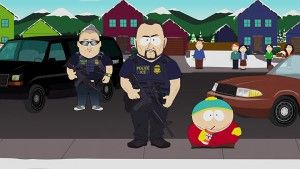 Movie
23 years and counting, Trey Parker and Matt Stone have been literally trolling the world with their irreverent brand of animated comedy, and have somehow managed to keep themselves socially relevant and the series itself fresh over the years. Even hit shows like American Dad and Family Guy has struggled and dipped in quality over the years, but for some reason South Park has manged to evade many of the same pitfalls. Sure, there are episodes that aren’t nearly as funny, and seasons that aren’t as good as previous ones, but there is rarely a season that goes buy that I don’t laugh myself silly. Especially the last three or so years where they made the decision to trim down the episode count to keep bloat and filler episodes at bay, and have gone towards a more serialized story telling method.

This last year was by far one of the funniest of the recent South Park seasons. Continuing on with Randy Marsh and his family operating “Tegridy Farms”, and going off on several tangent socio political issues as well. One of the main themes that runs throughout the show was the controversy at the border and the general backlash of children being held in cages as the show teases and trolls us with “Mexican Joker”. We also have one of the FUNNIEST episodes of the series as Stone and Parker lampoon transgender athletes in probably one of the most laugh out loud episodes of the year. The “Turd Burglar” episode about a fecal transplant and Tom Brady ties the season for funniest, with the season finale (lampooning the ridiculousness of weed prohibition) coming in for a close second place.

There series may be vulgar and crude, but honestly it’s mellowed over the years. I was re-watching the first 5 or so seasons this last month due to Covid-19 boredom and was shocked at how much the series, and characters, have changed. The blatant crudity is more toned down and less “in your face”, but the social commentary has become much more blatant and witty, and even caustic in nature. Stone and Parker are much more concerned with creating biting satire these days than shock humor, but still haven’t given up on the roughness and irreverence that made them popular in the first place.

Season 23 of the series is probably the funniest of the last 3 years or so, and even though it doesn’t have some of the most serialized moments, and a few episodes that don’t always hit the mark, but it has some really standout episodes (especially the ones mentioned above) that really elevate it, culminating in a season finale that actually had me begging for more. I’m going to admit that I’m a die hard South Park fan, but Matt and Trey have really done a good job reinventing the series, as around the 18th and 19th season they were having a problem with ratings and show quality. Kudos to them for bringing us another great year. 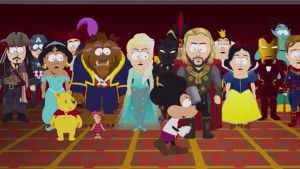 Well, broken record time here. But as with most long running TV shows, Paramount has given us a very stable and very predictable level of quality with the Blu-ray set. The show is very simplistic with it’s (now) digitally animated universe, and the Blu-ray itself shows little to no issues. Colors and bright and sharp, and digital clarity is spot on. The basic animation style used isn’t known for stunning detail, but everything in the show is rendered nicely with good black levels and excellent detail levels. The show is a bit monochromatic with it’s basic primary construction paper colors being the main look, but it’s done nicely and without major artifacting. A solid release all the way around.

The same can be said for the 5.1 Dolby TrueHD track being very typical and predicable in it’s quality. The mix is largely front heavy, but there are splashes of activity (such as the gunfire during “Mexican Joker”) and that’s not a negative to the mix. It’s a dialog heavy comedy relies heavily on vocal impressions and sound effects. It’s simple, but prices and accurate in it’s portrayal of the show. LFE can pop up now and then adding some boom and rumble to the show’s more dramatic moments, but the simplicity and minimalistic nature of the show’s dynamics can’t be ignored. 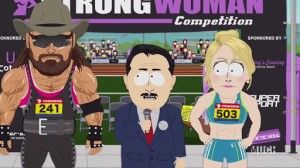 • Concept Art
• #SocialCommentary on all episodes

South Park has always been a controversial and acquired taste, but it has genuinely been one of the most long run and successful animated comedies of the last 30 years. Even Family Guy and modern The Simpsons (not peak Simpsons 15 years ago) can’t seem to come close to the consistency and biting witticism that South Park is able to dish out. The newest season is on par with the last two, which is a welcome relief after seasons 19 and 20 stumbled so badly. A shorter run time, a bit more emphasis on story arcs, and the show continues to impress. Paramount’s Blu-ray release is the typical Paramount quality and well worth checking out if you’re a fan.

Hard to believe this show and The Simpsons are still going.. I have seen a few episodes, definately an acquired taste that is for sure. lol. Not for everyone.