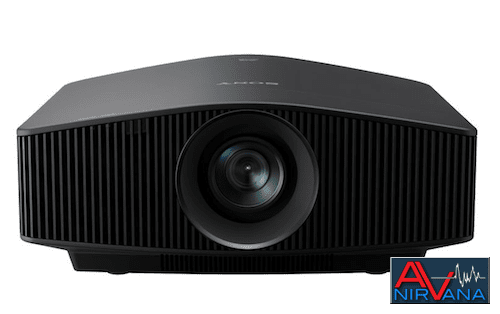 (September 9, 2020) Refinement is a good thing, especially when it comes to native 4K projectors tasked with handling High Dynamic Range (HDR). While the best of flat panel displays can competently handle HDR content without much issue, most consumer-grade projectors lack the needed light output to accommodate 4K HDR media mastered to 1,000 and 4,000 nits. That means high-quality image processing and tone mapping are essential to getting the most from 4K HDR content.

Sony says both the VPL-VW715ES and VPL-VW915ES benefit from a new Digital Focus Optimizer, which compensates for optical degradation of the lens to deliver better clarity across the entire image.

The new flagship projector in Sony’s lineup is the laser-based VPL-GTZ380. Designed to perform in both home and larger venue environments, the VPK-GTZ380 carries an advanced version of the X1 chip called “X1 Ultimate for projector.” Light output is capable of reaching a blinding 10,000 lumens thanks to a newly developed 4K SXRD panel and a laser light source that uses both red laser and two different-wavelength blue laser diodes. Sony says the VPL-GTZ38 accommodates 100% of the DCI-P3 color gamut without any loss of brightness.

If the VPL-GTZ380 sounds like a must-buy, then you might want to consider hitting the gym now. The projector weighs a shoulder-crushing 112-pounds. Hopefully Sony’s claim of “flexible installation possibilities” helps to offset the burden of that weight.

The VPL-VW715ES and VPL-VW915ES are both available for purchase today, while the VPL-GTZ380 is projected to hit the market this coming winter.

When someone figures out a way to make an affordable laser projector with 5000 lumen output, the planets will align!

MSRP isn't finalized yet, but it sounds like it will be in the $80K range, if not a bit more.

JVC's flagship is considerably more affordable... but is still well out of the affordable range. The good news is that Epson, JVC, and Sony have all taken steps to aggressively tackle tone mapping to make up for lamp inadequacies in terms of light output and HDR. Hopefully, trickle-down will happen sooner than later!
You must log in or register to reply here.
Share:
Facebook Twitter Reddit Pinterest Tumblr WhatsApp Email Link