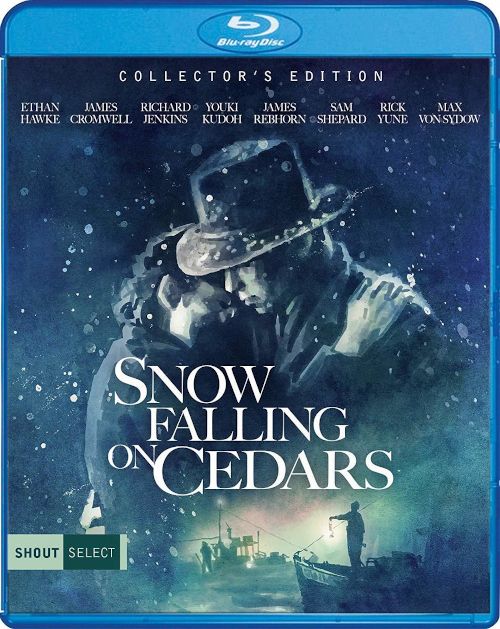 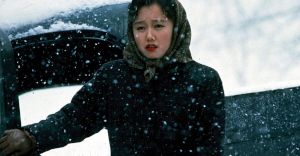 Movie
America has always had it’s black spots against it’s shining record for being one of the best nations in the modern western world. We’ve had slavery, we’ve had issue of monopolies crushing the backs of workers, we’ve had our issues with civil rights, and even our glorious wars haven’t been PERFECT. One of the least talked about stains on our past is the trampling of Japanese American’s rights after the bombing of Pearl Harbor. After that moment congress passed an initiative to round up Japanese Americans and put the min “internment camps” temporarily to make sure that none of them were actively working with the Japanese military. But lets not kid ourselves, these were in fact prison camps where people of Japanese ancestry were held, many (if not most) of them with no charges or crimes against them to keep them there. Just the simple fact that they were Japanese and we were at war with their people. Sadly this created a massive rift amount Americans, as the anti-Japanese rhetoric was built up over years of war, and most certainly didn’t go away when the war ended and the people who were imprisoned were set free.

Snow Falling on Cedars easily could have been your typical story about a homicide investigation in the northwest, but like many good books (the original 1994 novel was penned by David Guterson before being translated 5 years later to a screenplay), Guterson decided to dig deeper and make it more expansive. The movie starts out post WWII with the body of local fisherman Carl Heine (Eric Thal) washing up on the San Pedro, Washington, shores with only one person having seen him last. This person just so happens to now be at the heart of a homicide investigation, and to make matters worse he is also a Japanese American during the height of anti-Japanese sentiment America. Kabuo Miyomoto (Rick Yune) swears his innocence, but he’s not exactly thought of very highly and it’s a near slam dunk case to put him away (or get the death sentence) for his “crimes”. 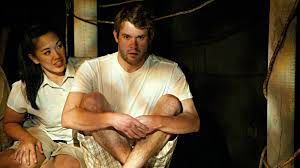 The lawyers and witnesses brought forth to besmrich Kabuo are openly racist and filled with hatred from years of having to fight the Japanese across the waters. However, reporter Ishmael Chambers (Ethan Hawk) is sickened by what he sees, and has a personal connection to the case. You see, he was actually the childhood lover of Kabuo’s wife Hatsue Miyamoto (Yuki Kudo), but was separated from her due to the war and the round up of Japanese Americans into the internment camps. As the rest of his fellow men are willing to hang the Japanese man out to dry, Ishmael sets out on a one man quest to exonerate Kabuo from the paper thin charges and figure out what EXACTLY went wrong out there to begin with.

Snow Falling on Cedars is an incredible film, and actually the first major motion picture by director Scott Hicks. Most people remember hicks for directing Hearts of Atlantis and Nicolas Sparks The Lucky One, but this was the burgeoning Aussie film director’s first attempt at motion picture, and EASILY his best works. Hearts of Atlantis is the movie that most people remember him for, but Snow Falling on Cedars is by far his most intelligent and well done flick to date. It’s poignant, and sticks really well to the original novel, and even the deviations are only slight, and fits really well into the whole plot of things. The movie itself is multilayered, with a triple plot story going on under all this. On the surface it’s your typical murder investigation and court room trial, but under it all is an emotional story love lost, and a scathing criticism about what we actually did to CREATE more than our share of consternation between native born Americans and Japanese Immigrants.

Things are handled delicately, but no punches are pulled either. The story is grim and sad, but Hicks makes sure that everything is evenly distributed, so that both sides of the story are told, allowing us to empathize with people on both sides of the proverbial aisle. Not to mention that director Scott Hicks has heavily graded this film to the point of almost being black and white, only allowing splashes of color to seep through, and mostly in the shades of blue and white (usually together as snow falls). It’s a stunning film visually, and just as great as a very rewarding slow burn drama as well. 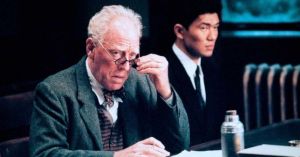 Snow Falling on Cedars is struck from a brand new 4K master that was supervised by cinematographer Robert Richardson, and giving a luxurious looking transfer for all of the problems that came with restoring this film. According to one of the featurettes, the film’s negative is lost forever from Universal (most likely from one of the infamous Universal storage fires that happened over the years) and Richardson was forced to use an extant betatpe of the production as well as a few other sources to recraft the original look and feel of the movie back to when he and Hicks shot it. This included extensive color timing, tweaking of the master and digital restoration to make it look as good as it could have. While I would have been curious to see what the original negative could have done for the film’s look, this new 4K master is quite superb. It has a monochromatic look to it that was VERY intentional by Hicks and Richardson, making the movie almost appear black and white, but not QUITE that much in terms of lack of colors. Blacks and grays are paramount for the film’s visual look, and outside of some mild black crash the movie looks incredible. There’s a few specks and flecks of debris here and there, but the very natural looking detail levels abound in spades, even without a bright and shiny veneer, the film looks incredibly naunced and detailed, with the original film grain left intact (which is a big “whew”, as I was a bit worried with that sub optimal sources we might see some scrubbing in the clean up). All in all, this is a VERY well done transfer that should please just about everyone. 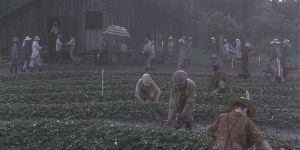 Shout Factory supplies the typical 5.1 DTS-HD MA theatrical mix as well as a down mixed 2.0 DTS-HD MA track for night listening. The 5.1 track is quite superb, with excellent vocal quality and a haunting score that just permeates the sound stage, and dare I say it, makes the entire mood of the film itself. James Newton’s string oriented score is haunting and melodic, heavy on the cello and a major asset to the film. It flows effortlessly between all 6 channels, adding moderate weight on the low end, and a fantastic presence in the front of the room. Dialog is always well replicated and while most of it is in English, there is some Japanese present in the film as well. Surrounds are well utilized, and the sub has some really good workouts on the battle on the beaches, or with a thundering door being slammed closed. 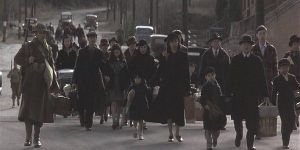 • BRAND NEW 4K REMASTER OF THE FILM
• NEW "Accident Rules" – A look back at the film; including brand-new interviews with Director/Co-Writer Scott Hicks, Novelist David Guterson, Director of Photography Robert Richardson, and Composer James Newton Howard.
• NEW "A Fresh Snow" – A look at the restoration of the film with Robert Richardson.
• Audio Commentary with Scott Hicks
• Spotlight on Location
• Deleted Scenes
• Theatrical Trailer

Snow Falling on Cedars is an incredibly nuanced and multi layered film that really benefits from multiple watches. It’s emotionally gripping without being manipulative and stereotypical, and creates a myriad of well defined characters who really grow and adapt throughout the film’s run time. If I had to put Scott Hick’s works on a hierarchy pyramid, I would probably have this one at the top of the heap, and by a fairly large margin. Hicks was a bit too emotionally manipulative with Hearts of Atlantis, and sadly lost his way in the post 2000’s era, but this still stands out as the highlight of his career, and made a fantastic movie out of a turbulent black spot on our past without alienating people of both sides of the argument. The Blu-ray from shout Factory is fantastic, giving us a nice heavy duty slipcover (it seems to be more dense and thicker than others I’ve seen), and the audio/video mix is simply superb. Extras are fairly copious as well, leaving me no choice but to give this release a VERY hearty two thumbs up.

Thanks for the review. I will definitely check this one out.
J