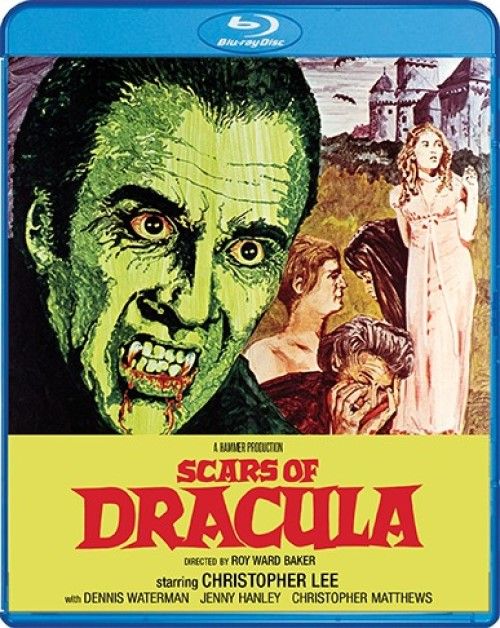 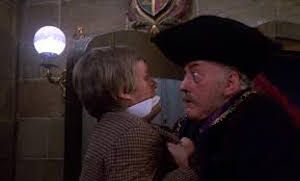 Movie
Out of all the people who have played Dracula over the years there are two that stand out as being the most iconic. The first naturally being Bela Lugosi, and the second being the infamous Christopher Lee. Lee is a highly trained stage actor who has gained hundreds of accolades over the years for his acting ability, but for me personally I’ve always recognized him in his iconic villain roles such as Saruman from The Lord of the Rings, Count Dooku from the Star Wars prequels, and of course as Count Dracula himself. Lee actually got bored with the roles over the 10 years that he played the Count, and the last few movies were him barely fulfilling his contractual obligations by demanding that he be there in as few scenes as possible, and refusing to speak. The Scars of Dracula is his sixth (and near final) role as the vampire, and is actually a return to form for the actor, as he gives the film a massive boost due to his gusto and enthusiasm for the hammy role.

Out of the 9 canon films from Hammer Horror, Scars of Dracula is probably the most controversial for it’s gore (although not nearly so controversial as the hilarious Legend of the 7 Golden Vampires), and also marks the FINAL one of the 9 movies to make it’s way to Blu-ray (most being from Scream Factory, but several coming from Warner Archive collection as well). Like most Dracula films with Christopher Lee, it’s a hammy affair, but the change from the 60s to the 70s brought a more excessive and gory feel to the production than we had previous seen. Dracula actually ends up stabbing and Klove dismembering bodies (still rather tame compared to what we get today), along with bodies hanging from meat hooks, and Lee’s constant blood draining fells more than a few nubile young females. It was controversial back in the day due to that increase in violence, but it’s one of the reasons I really love the 1970s Hammer Horror films, as they are a bit more excessive and cheeky with their humor. 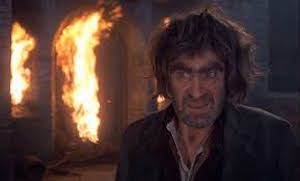 Scars of Dracula acts as a sort of soft reboot for the series, starting out the film with the townsfolk getting sick and tired of Count Dracula draining all of their village dry, so they go up there and torch the place in hopes of killing the evil vampire. Sadly they miss their mark, and while they DO end up charring part of the castle, Dracula himself escapes harm and ends up slaughtering all of the women and children left behind by the villages as they went to torch his lair. Fast forward several years later, the we meet young Simon (Dennis Waterman) and his female companion Sarah (Jenny Hanley) at her birthday. Her celebration is upended by Simon’s caddish brother Paul (Christopher Matthews) who happens to have slept with the wrong daughter this time around and has brought trouble with him. Escaping out the back door he flees to a nearby village (hint hint), where he is roundly rejected by his playboy manners. Seeking shelter elsewhere he stumbles upon Dracula’s castle, starting a chain reaction of events that eventually brings in Simon and Sarah herself in order to rescue him from the castle of Vampires, sadistic henchmen, and female vixens.


I really like Scars of Dracula as a stand alone Dracula film, but have to admit that it DOES kind of follow some retread steps in it’s storytelling. We’ve all seen the angry villagers torch Dracula’s castle before and reap the benefits, and the same goes for simply stumbling upon Dracula’s castle and falling into his trap. HOWEVER, the film is really saved by some cheeky humor from Paul, as well as the infamous 2nd Dr. Who actor Patrick Toughton, who plays Dracula’s lackey Klove (who is delightful as the Igor like henchmen who a hint of a heart). Lee was famous for being bored to death with the cheap horror productions and wasn’t pleased that he was still contractually obligated. Thus he kind of walked his way through his later productions and just glowered into the camera most of the time. Here’s he’s hamming it up with the aristocratic monologues and showing some serious gusto as he hacks and bites his way through the films. 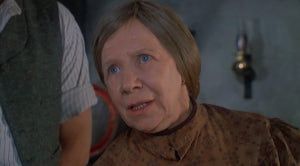 Scream Factory has put both the 1.85:1 AND the 1.66:1 variant of the film’s aspect ratio on the disc for us to enjoy, and after A/Bing the two versions of the film I’ve come to conclude that they’re pretty much visually identical (quality wise). This master looks like it was struck from the same one that the UK Studio Canal release was taken from, and that is most definitely a good thing. This isn’t some 4K remaster from Shout Factory, but it is a very solid looking transfer that fits well into the Hammer Horror universe’s bag of visual tricks. Colors are always a bit burnished and overly gaudy, with bright orange reds, deep greens, and striking blues. The count’s castle in particular is just bathed in those gaudy orange reds (mostly satin sheets or Count Dracula’s cape interior), and the details are startlingly good. There’s some grain spikes against some of the matte painting backdrops (such as when Paul or Simon is looking down off the castle walls), and black levels have some crush here and there, but overall this is an excellent looking transfer. 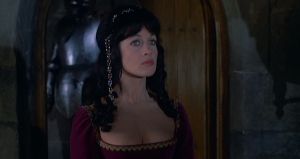 The 2.0 DTS-HD MA Mono track is what one would expect from a Hammer Horror release, with a rather basic sound design that thrives off of the dialog as well as the “dun dun duuuuuuuun!!!!” score. The track is spacious enough with the sounds of bats and other animals, and the effects of feet scraping on the stone castle parapets are distinct and delightfully precise. Dialog is always intelligible at all times, although I noticed that the highs were a bit on the harsh side. There’s even some solid low end baked into the track for the more exciting bits. 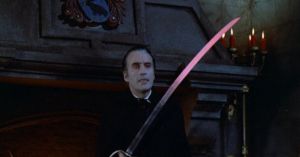 Scars of Dracula was not only the 6th film in the franchise with Christopher Lee as the titular character, but also kind of a return to form for the character. The last several films showed Lee completely bored with his type casting as the evil count, and pretty much only came on screen to glower at his opponents. This time he’s actually seemingly having fun with the role again, putting forth a lot of screen time and even doing some eloquent monologues and stunt work to ham it all up. The ending is sadly one of the cheesiest of the series in terms of how they kill off the vampire, but the rest of the movie is charming and rather gory for a classic Hammer film, making it one of the more unique Dracula offerings for Hammer. The Scream Factory release sports good video, solid audio and a REALLY nice array of extras to enjoy, leaving me happily able to give the release a solid thumbs up.