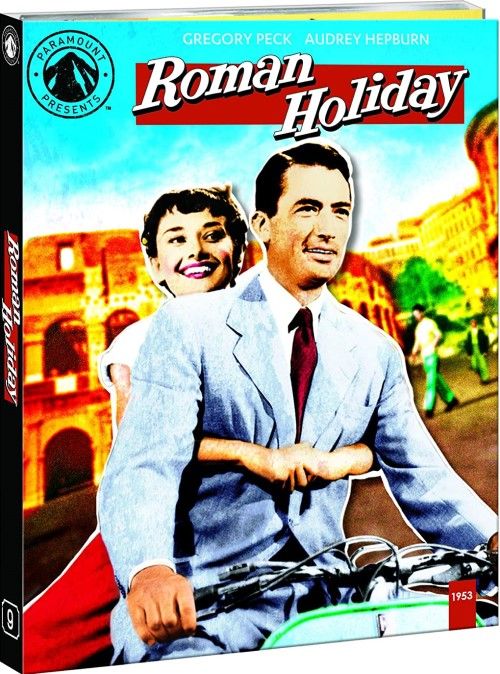 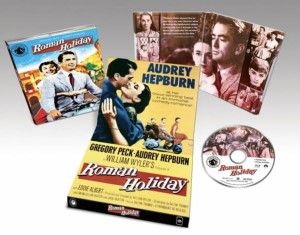 Movie
While the “Paramount Presents” lineup has mostly stuck to releasing older, popular, titles that need some sprucing up with a new 4K master, but they have been slipping in some “never before seen on Blu-ray” titles into the mix as well. While films like King Creole and Pretty in Pink were very much welcome titles to have on the format, Roman Holiday is a title that has been so sorely missed in HD home video that I nearly lifted out of my seat with excitement when I saw that it was going to be the 9th title in this lineup of premier Paramount titles. Not only has it been wanted by myself, but classic cinema fans have lamented for over a decade about how so many Audrey Hepburn titles were out on Blu-ray, but this one just seemed to never come to fruition. A few years back there were some rumors about Paramount maybe releasing it on Blu-ray, but those rumors sort of fizzled out over time and we glumly went along, making do with our special edition DVD discs from 9 years ago. Well, that day has finally arrived, and outside of the typical unique packaging for the “Paramount Presents” lineup, Paramount has rolled out the red curtain with fantastic video, amazing audio, and a really hefty array of extras as well.

Roman Holiday is the quintessential “perfect” film for Audrey. While the actress has gone on to other more well known roles (my favorite is probably My Fair Lady, I’m a firm believer that Breakfast at Tiffany’s is highly over rated), this was the role where she broke out in Hollywood for the first time as a leading lady (she had done a few minor bits in other films, and some work overseas, but this was her first starring title role) and she captured America’s heart as she stood across from America’s sweetheart, Gregory Peck. Penned by Walter Trumbo (along with several others), who is most notable for being an incredible screenwriter who got blacklisted along with many other named communist supporters during the McCarthy era) and directed by William Wyler (The Best Years of Our Lives, Ben-Hur, The Big Country, Mrs. Miniver) and was a smash box office success that kick started Audrey’s career into the superstar that she became. 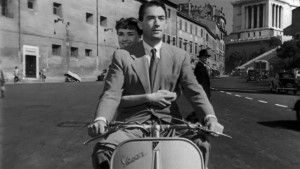 The film is simple, sweet, and utterly charming to the core as it revolves around a princess named Ann (Audrey Hepburn) of an unnamed fictional country stopping by her embassy at Rome as she’s touring Europe. The thing is, Ann isn’t exactly happy with being a princess in many ways, as she longs to be actually FREE like the peasant class. Free to go out and enjoy her life instead of it being laid down in front of her, and free to just have some FUN every once in a while. After having a bit of a breakdown from all the stress, she’s given a sedative (by the description, probably morphine, which explains her dopey actions later) and then left alone for bed before she meets the press the next day. Leaping out of Bed, Ann decides to put on some clothes and wander about Rome in hopes of enjoying herself. Unfortunately for her the sedative starts to kick in, and she’s found dozing on a park bench by none other than American News Network reporter Joe Bradley (Gregory Peck).

Bradley takes her back to his place so that she doesn’t get tossed in jail or something worse, only to wake the next morning and see her picture in the newspaper as the very person he was supposed to be meeting for an 11:45 AM interview. Seeing an opportunity for an exclusive that could net him some big money, Joe decides to not turn the Princess back to her embassy, but play dumb and show her around Rome for a while so that he can get some candidate photos and get an exclusive personal story that NO ONE else would have. Bit by bit the two bond over the day, and as the little Roman Holiday comes to an end, Joe is left with a major decisions. Will he betray the trust of a sweet girl who innocently loves his charms, or will he put his own career aspirations on the back burner and respect her privacy.

As I said, Roman Holiday is probably the definition of a perfect picture. It has it all, including a mild romance, incredible chemistry between Audrey and Gregory, and a sense of lighthearted adventure that just puts a smile on your face. The movie has won countless awards over the years for it’s screenplay and direction, and it is one of the crowning achievements (outside of Ben-Hur) of William Wyler’s very long and distinguished careers. I’ve watched it countless times, and each time the lightly bittersweet ending brings a tear to the eye and a smile to my face. It’s a movie that can be seen by people of all ages, and just WORKS across countless generations. It doesn’t feel dated or cliched, and if you can look past a few wonky hair styles, it is one of the most visually pleasing black and white films I’ve ever seen. 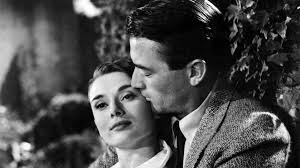 Like many old 1950s films, Roman Holiday’s original negative wasn’t in the best condition. Over the years it had deteriorated to be a bit rougher than expected, and according to Paramount’s own press information (which is quoted below) it took some work and splicing to get the fantastic looking image we get on the Blu-ray

The original negative was processed at a local film lab in Rome and was unfortunately badly scratched and damaged. The film had to be pieced back together, but the splices were so weak due to the damage that extensive amounts of tape had to be used to allow the negative to make it through a printing machine. Because of the fragile state of the negative, a Dupe Negative was made and then blown up a few thousandths of an inch to cover all the splice tape that held the original negative together.

In anticipation of this new Blu-ray release, the film was digitally restored using the Dupe Negative and a Fine Grain element to capture the best possible image. Every frame was reviewed, and the film received extensive clean up to remove thousands of scratches, bits of dirt, and other damage. Because audio elements to properly up-mix to 5.1 do not exist, the original mono track was remastered, and minor anomalies were corrected. The result is a film returned to its original vibrancy and beauty that remains true to director William Wyler’s vision.

The image is very natural looking though, and is sharp as a tack for the most part. Grain structure is lovely to look at, and the fine detailing of faces and Roman backdrops are superb. There are a few scenes that show some grain spikes, and the scene were Joe is dropping her off at the embassy near the end shows some wavering and flickering, but otherwise this is a FANTASTIC looking transfer. Great inky blacks, and good separation from black to white. Simply superb 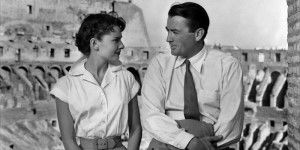 The 2.0 Mono track in lossless Dolby TrueHD sounds great as it can be considering that it is an old school mono track. I almost gave it a 5/5 score simply due to the fact that it is just about flawless for a mono track, but being that it has no surrounds, no channel separation and no LFE mean that it’s more fair to knock half a star down to 4.5 due to the limitations of the source mix. That being said, the Mono track is just about perfect. Clean and crisp vocals, a nice balance with the airy score, and every bit of dialog is crystal clear. No major sounds of hisses or pops are present, and except for a VERY light echo in some scenes, it sounds as if it was recorded yesterday. 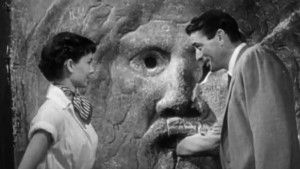 My only COMPLAINTS about this set is purely me grumbling that it took THIS LONG for Paramount to bring out one of their biggest hits, but you have to admit that they did it right. No DNR’d master from ages ago, a new 4K master (A 4K UHD release for this would have put more over the edge into ecstasy, but this is one excellent Blu-ray) and impeccable video and audio. Pretty much means you know what I’m going to say in terms of recommending it or not. Yeah, just go buy it. The flick is classic for a reason and Paramount really did an amazing job with this package. Must own in my opinion.

Thanks for the review. I somewhat remember watching this. I will have to revisit this one.

Wow, thank you for this review. I have always loved this movie and now is the time to indulge

Never heard of this flick

wait? what? Next you'll say you've never heard of Mary Poppins or some stuff!

Great review Michael and I totally agree. Like you, I think Breakfast at Tiffany's is highly overrated. Hepburn was simply amazing in this role and frankly, drop-dead gorgeous. I hadn't seen the film before sitting down to watch it and my entire family absolutely LOVED it. Yes, it's a tad predictable, but the chemistry between Hepburn and Peck was great (although he was old enough at the time to be her father!).
You must log in or register to reply here.
Share:
Facebook Twitter Reddit Pinterest Tumblr WhatsApp Email Link