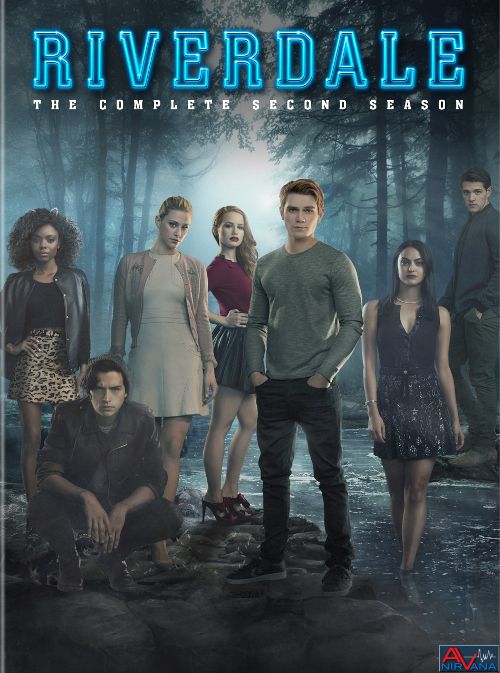 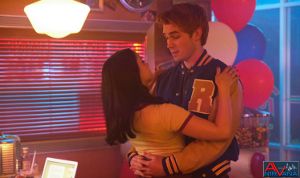 Movie
I don’t think there’s a person alive over the age of 30 who HASN’T at least read a single issue of Archie and Jughead or Betty and Veronica in the funny papers. It was a staple of my life growing up so when I heard that the CW was going to make a dark “mirror world” or “what if?” variation on the classic characters I was nervously intrigued (nervously because the CW is infamous for melodrama). Season One of Riverdale was actually rather interesting. It was a dreamy, surreal, dark, angsty world where Archie, Jughead, Betty, Veronica and all the rest of the comic book universe had their world turned upside with a murder investigation of Jason Blossom. There was almost a Twin Peaks feel to the series, as it focused on a murder, that was really not the focus of the season. Instead we were enveloped in a pulpy world of betrayal and darkness, while still keeping the character elements of the people true to their comic book counterparts. Even if the situations and trials were vastly different than the pen and paper variations.

Season 2 of the show ends right after the shocking conclusion of Season one as Archie’s (K.J. Apa) dad is gunned down in the middle of Pop’s Diner by a mysterious man in a black hood. This throws the already fragile friendships and balance of Riverdale into COMPLETE disarray. Archie is naturally upset about his father being on death’s door, so he and Jughead (Cole Sprouse), decide to look into the matter themselves. With Jughead’s connection to his father’s biker gang he is able to put out feelers, and Archie himself is gearing up for war. When it becomes known that the black hood is not JUST a random event, but an actual serial killer who is taunting the town, things get even more violent. Archie and others put out a video calling themselves the red circle (masked in red hoods) denouncing the black hood, and claiming to act as a vigilante group to cure this once and for all. 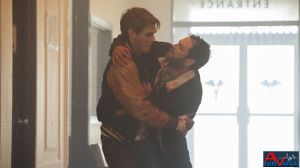 Alternatively things get mired down in interpersonal squabbles again as well. With the 22 episode (up from 13 of the last year) we have a lot more side plots to delve into. Betty and Jughead’s burgeoning romance that is overshadowed by his affiliation with his father’s biker gang. Veronica and Archie’s strained romance dominated by Archie’s lust for revenge. Then there’s Veronica’s father criminal father coming back to town, and acting as a wedge for a family that was JUST starting to normalize. A lot of these plot points are touched on, but sadly never go anywhere, and act as padding for the serial killer story. A sad effect that I think comes from the extra episodes.

Season One was a bizarre season for sure, but it set up the surreal alternate world of Archie and Jughead for a new era. It was fun, schlocky, and while it delved into teen melodrama, was a distinctly guilty pleasure. Season Two suffered a very hefty drop in quality in the writing department. The show’s real appeal was the twisted mystery that was Jason Blossom’s death in season one. But when that became resolved, it’s as if the writers realized that the “hook” for the show was gone (kind of like how Red John’s wrap up in season 3 or 4 of the show was retconned because the show runners thought they killed the golden goose), and they were forced to toss in the serial killer angle to get the mystery back in the show. This works in a rough sort of way, and while it’s a bit gimmicky, isn’t too bad at all. The REAL issues stem from the fact that the series was padded out way too much and the half baked romances and interpersonal dealings felt a bit too soap operaish for its own good. I really did like watching the first season, but the second season went off a steep nose dive in quality. Still, I couldn’t stop watching it. I was cringing and wincing the whole season, but was still fascinated by the whole pulpy world that was built. The angst is annoying, the melodrama just as much, but for some reason the characters themselves were fun enough to keep me watching. I apologize but I can’t for the life of me figure out WHY I was guiltily enjoying myself either! 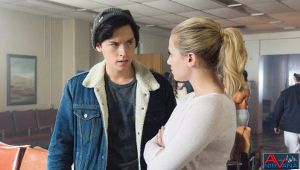 The one thing that I appreciate about Warner Brothers TV shows is how stable they are in their releases. Except for some issues with early Blu-ray releases (back in the Smallville and Supernatural days) and the faux pas of cramming too many episodes on disc for the Supergirl Season 1 and Legends of Tomorrow Season 1 , Warner always delights, even in DVD realm. The second season is spread across 4 discs for the 22 episodes (upped from 13 of the 1st season) and given a rather nice encode. The Blu-ray is coming from Warner's "Warner Archive" collection, which presses on demand copies and only distributes via online retailers (such as Amazon), so while I would have LIKED a Blu-ray for wide release, the DVD is what we have to enjoy. The encode is very similar to last year's Season 1, giving us the heavily stylized look, complete with deep burnished reds, bold blues and a hazy "surreal" look to the city of Archie and Jughead's home. Details are excellent across the board, and darker shots revealing. Those dark shots DO look a bit more murky, with some milky tinges to them, as the show's almost dreamlike dynamic is represented on screen. 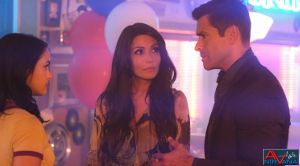 The 5.1 Dolby Digital track is just as good as the video, giving us a rather dynamic and engaging track no matter the situation. The show has a tendency to switch from soft whispers and mild dialog centric scenes to a pulsating and intense score that adds some mood and grim tension to the series. There are the natural teenage parties that give the show a bit more oomph, and a few action sequences that get the blood flowing, but otherwise this is a fairly laid back show (audio wise) that deal more with dialog and moody music than it does with large action set pieces. Surrounds are engaging, and the LFE adds weight to the score (as well as those minimal action sequences), and the track itself sounds as clean as can be. It's only "sin" is that it's not a wild action track that requires a ton of aural activity. 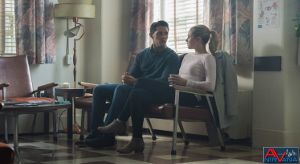 Riverdale: The Complete Second Season reminds me a bit of Twin Peaks in some ways. The first season was all about the mystery. Who killed Jason Blossom? And it was compelling in it’s cheesy, angsty, dreamy take on the whole Archie and Jughead universe. Sadly once the mystery was rolled up the show lost a lot of it’s attraction. The writers frantically scrambling to bring back some of the pomp and mystery of the first season by adding in a serial killer on the loose, but most of the time we were having to settle for half baked romances, creepy parents, and tooooooo much filler. The show really should never have been stretched out to 22 episodes from the 13 of the 1st year. A much leaner season could have helped a good bit. With the rather decent quality dip from the first year, season 3 has a lot of uphill climbing to do, and while I’m curious to check it out, I have my reservations if it can pick back up. Luckily this is the CW, who somehow can survive off of low viewership and continue on for YEARS, so we’ll have to see what the future brings. Warner’s DVD set is very solid, with good video and audio, and the standardized “CW” array of extras on the last disc. While I really did enjoy the first season as a quirky watch, this one is rental material for those of you who haven’t watched it yet (for fans, it’s still probably worth picking up for continuity sake though).