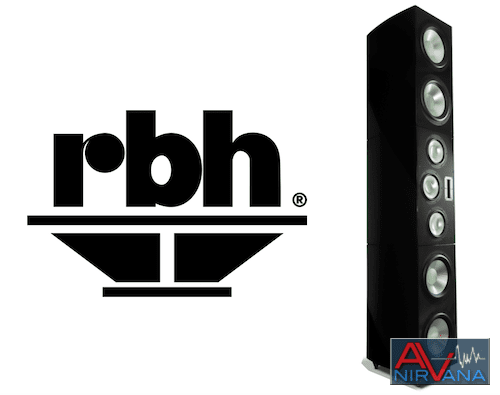 (February 11, 2020) Phrases like “limited edition” and “white glove” are often used loosely and frequently fail to satisfy their implied meanings. But when it comes to RBH Sound’s newly launched 45th Anniversary SVTRS speaker system, they provide an excellent descriptive foundation for the company’s latest release.

Priced at $44,995, the SVTRS Limited Edition Speaker System demands as much from the wallet as we suspect owners will demand from its performance capabilities. To put it simply: it’s not cheap, but what do you expect from speakers that weigh 310 pounds each?

Yes, folks, standing at 92” high (and some 15” wide and 22” deep), the SVTRS towers aren’t something you throw in your cart at the local Best Buy. They’re hulking beasts sold as three-piece module speakers – one SV-831R stacked in between two SV-212NR subwoofers. The SV-831R carries three 8” aluminum cone woofers and a single Aurum Cantus AMT tweeter, while both SV-1212R sub module houses dual proprietary 12” long-throw aluminum core drivers. When combined as a trio, the modules possess a sensitivity of 94dB and a frequency response of 17Hz-35kHz.

In a word: powerful

The rest of the “system” is just as impressive. Power is sourced from an RBH 6α six-channel Class D amplifier. This amp pumps out two channels at 250 watts (for tweeters), two channels at 500 Watts (8” drivers), and two more channels at 1,500 watts (12” drivers), and can be substituted for an RBH 8α eight-channel amp if a matching SV-821CR center channel is incorporated in the system.

Processing is handled by Marani’s flagship DSP speaker management processor. Of note, the combination of the Marani processor and 6α amp allows the system to operate without any passive crossover components, opening access to a tunable digital crossover network designed to deliver exacting audio precision.

If you’re wondering how words such as “limited” and “white glove” fit into the picture, consider this: RBH is only producing 20 of these systems, all of which include delivery, setup, and onsite calibration by a member of RBH’s staff. If those facts fail to satisfy your expectations, then perhaps it’s time to begin exploring custom build options.

Spent a bit of time with these big boys at the Florida Audio Expo. Good thing each speaker is 3 separate cabs because otherwise no way they were getting through the door. The rooms were smallish and these things were imposing in there. Amazed they sounded so good wedged into the space as they were. Give 'em some room to breath and who knows how good they might have sounded. 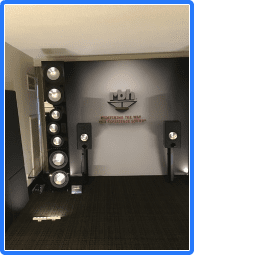 Great picture @JStewart! I was wondering if anyone heard them there... only 1 of 20. Very cool.

They definitely look like they need some space. How was the low end response?
J

Todd Anderson said:
How was the low end response?
Click to expand...

Powerful, unexaggerated, even. It has to help having 8 subs even though they are all on the left and right stacks vs placed optimally in the room. I also didn’t ask if they were using any filters in the dsp processor to tame any bass peaks. Sometimes when the music sounds really good I kind of stop thinking about that stuff.

To note, our original article said each speaker was 78" tall... RBH has since updated its press materials and the speaker is, in fact, 92" tall.
J

Todd Anderson said:
To note, our original article said each speaker was 78" tall... RBH has since updated its press materials and the speaker is, in fact, 92" tall.
Click to expand...

I was pretty sure those ceilings were 8’. Confirmed

Other Speakers or Equipment
Harbeth C7ES-3

dinga said:
What would be an adequate room size for SVTR system (without the upper subwoofer)?
My room is about 15' x 25' x 7.5'. Would it be too small?
Click to expand...

Which, the room or the speaker?

In all seriousness they sounded really really good at the Florida Audio Expo in a smaller room than that. So I don’t think your room dimensions will be inadequate. RBH may have some guidance on listening distance that might matter to a rooms layout. Probably best to ask them both questions directly.

Other Speakers or Equipment
Harbeth C7ES-3

Yes, I've read the the review. It looks pretty good.
I've also watched some youtube videos, and they all look good. The sound is hard to tell from youtube recording, but appears to be very good.
I have multiple sets of systems: home theater with Denon Reciver/Klipsh KLFs, and two stereo systems, one with Plinius/Harbeth and Audio Research/Tyler linbrook. I feel an urge to have a system that really rocks and thunders, and the RBH SVTR (with just one pair of subwoofer) caught my eyes. I did not know about RBH before. I am more of a two channel stereo person.
I think SVTR can fill a bigger room, but my room size may be adequate.
Thanks for your response.
You must log in or register to reply here.
Share:
Facebook Twitter Reddit Pinterest Tumblr WhatsApp Email Link