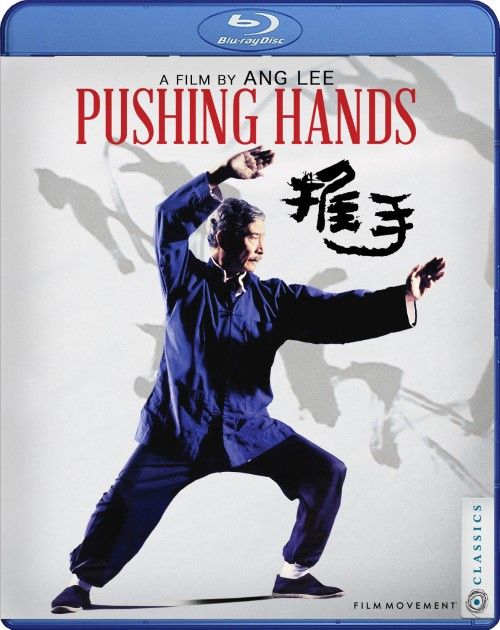 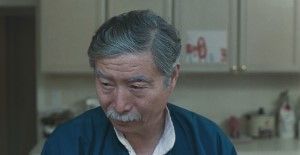 Movie
Ang Lee is is nobody’s slouch when it comes to making classic films (at least classics in this day and age. I swear I’m not getting older!). Life of Pi, Crouching Tiger Hidden Dragon, Ride with the Devil, Sense & Sensibility, the list goes on and on. Most of these can be be considered high profile dramas, but he’s also made a few different film choices over the years. Gemini Man was pretty much an artistic experiment in action film form, and Eric Bana’s Hulk was just a bizarre change of pace for the prolific director. However, as intimate and fascinating as some of these blockbusters are, very few films compare to his very first film ever, Pushing Hands.

Pushing Hands is an extremely slow paced drama about life ending. It’s intimate, intense, and yet so mesmerizingly slow paced and methodical. The film opens with an aging Chinese man and a much younger white woman engaging in what seems to be a near silent vignette involving a strange sort of cohabitation. It’s revealed later on that they are in fact Father in law and daughter in law, with the aged Chinese man being Tai Chi master Chu (Sihung Lung), and his son’s wife Martha (Deb Snyder). Chu has been shipped over from the mainland a month ago to spend his twilight years in peace, after his son Alex (Bo Z. Wang) has finally made enough money and a stable family to support his father.

However, things are not exactly easy. Martha doesn’t speak a word of Mandarin, and Chu not a word of English, and both of them tend to get in the way of the other. Martha is stressed out of her gourd living in a tiny home as a stay at home author, and having to act as care sitter for a man who’s culture is more foreign than anything she could have imagined despite being married to his son. Alex is going through his own struggles as well, with trying to make it as an executive in New York City AND keep both his father and wife happy. Poor Chu tries his best to fit in, but living in America is a far cry from the communal world that is mainland China, and the tension between Martha, Alex and Chu comes to a boiling point.

As I said, Pushing Hands is a slow burn drama that doesn’t really have any major culmination outside of watching the journey of the intermingled family. It’s intensely intimate, with a heavy thematic presence revolving around respecting one another, as well as the agonizing issues revolving around the elderly and how the younger generation can view them as useless and subpar after a life of being the strong in charge of one’s life. Emotional ambiance just oozes from every pore and every fiber of Ang Lee’s directorial debut, and it’s a fascinating glimpse into the struggles of age and the struggles of youth. There’s some acting issues here and there (this was a new director with a shoe string budget, so Ang Lee was literally using nothing but $400,000 to make his entire picture. However, this adds a sense of rawness and realism that is so incredibly appealing. The movie reminds me a lot of Robert Rodriguez’s El Mariachi in that it’s a raw, rough and shot on a shoe string budget, but has more heart and intensity than it has any right having as a result. It’s very very different than anything Ang Lee has done since, and is a film that no true classics fan should ignore.

As I mentioned above, Pushing Hands was shot for less than a half million dollars, and even though Film Movement advertises a 2K restoration of the film, it’s just not ever going to look THAT great. Raw and filmic, Pushing Hands has a decent looking transfer that is generally clean and well detailed, but suffers from wonky looking gamma, poor blacks, and some issues with artifacting in the dark. Grain levels appear to be well done, but the image has a sort of milky and gauzy tone to it that covers most of the film. Colors can be a bit ruddy and burnished, but still well done, but blacks do suffer pretty badly. The scene with Alex coming home drunk in the house is VERY noticeable, with purple looking blacks, and blocking and smearing in the darkness. The same can be seen rather dramatically in the jail cell as well near the end. It’s an ok transfer, but definitely looks the worse for wear, and part of me wonders if the gamma issue is an encoding quirk, as I’ve noticed this before on a few Film Movement Blu-ray releases.

Pushing Hands comes to Blu-ray with a single mono LPCM track that infuses both native Mandarin as well as English speaking parts, blending the two into a single audio mix. The track is clean and generally quite good, but does suffer from a few quirks. Mainly that the dialog can sound like it is echoey and recorded in a drum at times, with a slightly stifled sound. Also there’s some crackling and pops on the high end when things get loud and when Alex yells a few times, you can hear some upper end harshness. Not exactly shocking for a half million dollar film that was shot with budget gear for a first time director, and while there are some minor issues, this is still a rather pleasant track with good ambiance for the action scene, and all dialog is perfectly intelligible.

Pushing Hands is a fascinating drama about aging and honor, in a slow burn drama that is just so smooth and slow paced that you almost forget that the movie is coming to a close. Even though it’s about a martial arts master, the film is distinctly devoid of action except for one single scene of the movie, and that scene is more symbolic than it is meant to titillate Kung Fu fans. Film Movement’s Blu-ray looks and sounds as good as it can be due to the aging source elements and cheap product used 31 years ago, and definitely should be checked out if you’re interested in a slow burn drama and want to see where Ang Lee came from before he was a legend.