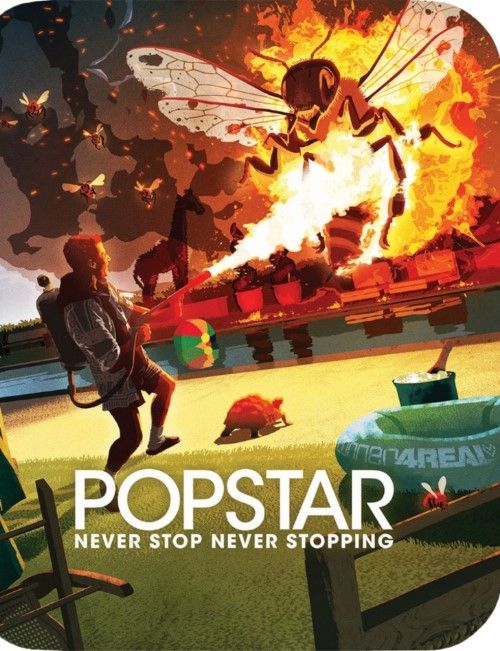 Movie
I’m a HUUUUUUUUUUGE fan of “Lonely Island”, so the minute I saw that Popstar: Never Stop Never Stopping was coming to theaters I HAD to check it out. For those of you not in the know, “Lonely Island” is a comedy based musical trio headed up by Andy Samberg, Akiva Schaffer and Jorma Taccone. Originally a short trio of songs on Saturday Night Live with guest star Justin Timberlake (who also makes an appearance in the movie), “Lonely Island” began releasing their own full length albums that mix raunchy absurdist humor with rap/pop songs and thrive off of having big name guest stars add their musical talents to the lunacy. We’ve had Michal Bolton singing about Captain Jack Sparrow, Akon, Justin Timberlake, etc., making each and every song a crazy roller coaster ride. Now, for those of you wondering, this is the exact same transfer and audio mix as the original Universal Studios release from back in 2016, and even includes the same special features. The real draw for those of you who have this set is the steelbook packaging, and Shout Factory crafts a REALLY nice collector's edition package for it.

Popstar: Never Stop Never Stopping is billed as a “Lonely Island” movie, and that’s really the gist of it right there. Taken and recorded like an extended SNL skit blended with a VH-1 Behind the Music feel, the show blends the antics and musical stylings of “Lonely Island” with a semi loosely based plot about pop star “Connor4Real”. Almost like this generation’s “This is Spinal Tap”, the camera follows behind Connor4Real (Samberg), a big name pop star who has grown up and out from his original stylings as “The Style Boyz”, and is riding the big wave of success all the way to the top. The only thing is that wave can rise and it can also fall, and Connor is about to start to realize that. Being that there is really no actual PLOT, we are content to just follow along with the camera and watch Connor go about his daily life, ticking people off everywhere he goes, from his girlfriend Ashley (Imogen Poots), to his own manager Harry (Tim Meadows) and everyone in between. The drunken and out of control pop star has to deal with the fame and fortune as well as the rejection by the public when his own ego gets the better of him and ends up laying him out to dry. 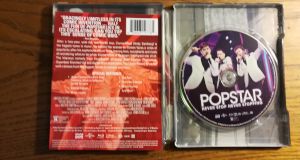 The film’s charm and appeal comes from the comic stylings of “Lonely Island” with Samberg playing the easygoing and loveable dimwit that he can play so well. Akiva Schaffer and Jorma Taccone both back him up as the other members of “The Style Boyz”, as well as longtime friends (and rivals considering that Connor stabbed them in the back so many years ago when he went solo). The film thrives and works on the absurdist nature of the raunchy and ludicrous pop songs that Connor4Real sings, as well as the over the top parody of how a music star lives in excess. Sadly, as absurd as he is in his representations, Samberg is not that far from the truth if you’ve ever watched with stunned disbelief as another episode of TMZ describes the life of the people we almost worship on stage.

The loose flowing plot and adherence to a documentary style of filming makes the movie all the more refreshing, but also acts as a bit of a weakness against itself. Being that there is not official 3 act plot, the comedy starts to wear a bit thin by the last 25-30 minutes and you can see that zany antics and SNL skits can only get the movie so far. Luckily it’s a short film at barely 87 minutes and that shortness is what saves it from stumbling too far and tripping head over heels. It may run just a few minutes too long, but any more and Popstar would have had a hard time recovering as they ran out of fresh material and songs.

Rated R for some graphic nudity, language throughout, sexual content and drug use 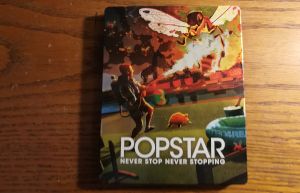 Popstar: Never Stop, Never Stopping was filmed using Arri Amira digital cameras and looks about as glossy and shiny as you could image. The color replication is perfectly natural and is shown with solid saturation levels that shine whether Connor is on or off stage. Fine detail is magnificent throughout, showing of tons of fine detail, whether it be the elaborate costumes and clothing that Connor wears, or the dusty ground where Lawrence is out making his living as a farmer. Black levels are deep and inky, and while there is no major artifacting I DID notice a flicker of banding in a few of the stage performances that are against a black backdrop. Still, it’s never very egregious and the image overall is superb, which isn’t surprising considering the film is only 87 minutes long, allowing for a very healthy bitrate for the disc. 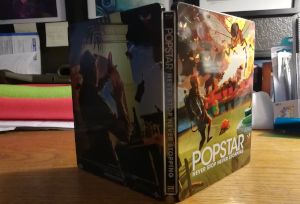 Being the style of movie that Popstar is, it’s a fantastic sounding 5.1 experience. Basically a mix between a documentary and a music video, the soundtrack is simply pulsing with energy every time that Connor4real is on stage and singing, while the documentary bits tend to be more dialog intensive. Still, there are more than enough ludicrous scenarios for Connor to get into that liven up the sound track during the down time (think the scene with the bees and the flamethrower for example). LFE is powerful and punches the listener straight in the center of the chest with heavy bass lines. Surrounds are given a lot to work with during the music video bits, but tend to soften up during the docu bits once again. A good solid track, Popstar: Never Stop, Never Stopping is a great audio experience that really puts the musical ability of your speakers to the test. 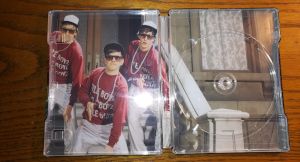 If you want to know whether you’ll like Popstar: Never Stop Never Stopping it's if you really like “Lonely Island” and their musical comedy. If you haven’t seen them, hit youtube and do a quick search and play a few songs. If you like the absurdist musical comedy of the trio there, there’s a good chance you’ll like the movie, if not. Well, you have your answer as “Popstar” is really just an extended SNL skit of the musical group on steroids, and their brand of humor is definitely an acquired (if not hysterical) taste. The audio and video tracks are easily the highlight of the whole disc, and the there is plenty of extras to go around, so it makes for a pretty healthy Blu-ray package, all things considering. This is the exact same disc pretty much as the Universal Studios release a few years back, just without the DVD and digital copy and instead a really snazzy steelbook case. As such it's geared directly for steelbook collectors more than your average viewer, but if you're interested in movie then this is most certainly a great set to get.