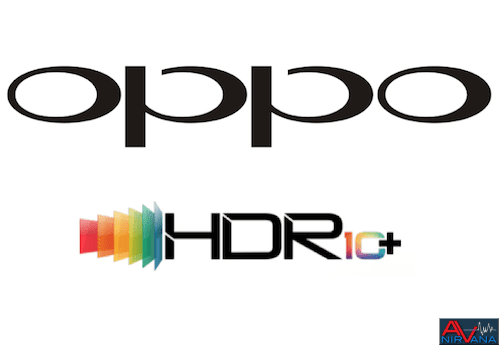 (December 28, 2018) Panasonic has arguably filled the void left by OPPO’s departure from the disc playing business, but that doesn’t mean a boatload of enthusiasts aren’t relying upon OPPO’s UDP-203 and UDP-205 players to source Blu-ray and 4K UHD Blu-ray content. Luckily, OPPO has remained true to its pledge promising support for its former pricey players during a surprise April 2018 farewell announcement, keeping them current and extending their useful technological lives.

Just hours ago, OPPO announced that a new Public Beta version of its UDP-20X firmware is now available for download. This particular update (designated as 64-1221B) adds HDR10+ support for compatible displays, in addition to a new “HDMI IN BYPASS” mode that allows external Dolby Vision signal passthrough via a player’s HDMI input. It’s also delivering “general fixes and disc compatibility improvements based on recent and upcoming UHD Blu-ray releases as well as user-submitted samples.”

HDR10+ was born as a collaboration between Samsung and Amazon Prime Video, taking aim at Dolby Vision’s high-performance metadata-anchored HDR format. It’s since gained Panasonic and 20th Century Fox as partners, while garnering support from more than 40 companies. It’s worth noting that the standard was adopted as part of the Ultra HD Blu-ray specification, and has finally emerged on two new commercial 4K Blu-ray releases (the IMAX Enhanced A Beautiful Planet and Journey to the South Pacific).

So, what’s the performance difference between the high-test formats?

Both technologies use metadata to remap color and brightness on a frame-by-frame basis. Dolby Vision, however, is designed to support 12-bit color, the larger Rec. 2020 color space, and up to 10,000 nits of brightness. HDR10+ only covers 10-bit color, the DCI P3 color space, and up to 4,000 nits of brightness. And while those differences seem rather distant, it’s important to keep in mind that most of the best modern TVs are only capable of operating within HDR10+’s standard (not to mention a dearth of content that can take advantage of Dolby Vision’s more advanced capabilities).

OPPO owners can update their players to the new Public Beta 64-1221B version by downloading the firmware from its web location and loading it onto a thumb drive or physical disc. According to OPPO, owners with players currently using firmware version 42-0329 or earlier should update to UDP20X-45-0605 first, while noting that anyone installing the new Public Beta firmware will not be able to revert back to any previous official or public beta firmware versions. So, proceed with caution and only install this new 64-1221B release if you’re interested in riding the cutting edge.

Other Speakers or Equipment
Elac B-6

It’s awesome that OPPO is honoring their commitment to future firmware releases and features.

This is great news. I will wait until it is out of beta though.

Yes, note the fine print. If you load this on your player and there's a major issue.... OPPO says there's no going back!

My risk profile is aggressive, but I would still feel better doing this upgrade after a few others have as well... (so I guess I am not that risky after all). Glad to hear Oppo continues to develop the firmware, I am still mourning their departure from this segment.

Considering I'm using my 205 as a 1080P player for now I will wait for the upgrade. I take no chances on this awesome player.

I went ahead and dove in with the beta. Everything works okay thus far, although I haven't tried anything with HDR10+ yet.

Installed the beta firmware - no issues. That said, the Oppo is no longer playing SACD-Rs - has anyone else noticed this on their units? (this also happened BEFORE I installed the new firmware, by the way, not related to that. They used to play fine, now it comes up with "Disc Unknown". Commercial SACDs play fine.

Wow. So much for universal disc player, eh? Have you tried connecting with OPPO to let them know?

No that is in my to do list - they do have excellent customer service (assuming that has not changed since they stopped manufacturing). Will do and post if I am able to resolve, thanks.

Went back and forth with Oppo on this - the only to restore my ability to play these SACDs archived using an obscure Sony PS3 trick is to go back to an earlier firmware (very hard to do if not impossible since I updated to the new firmware), and I lose more than I gain doing that (I like HDR10). So closed the ticket and may buy an older SACD player just to play these, if I ever stumble onto a cheap one.

Jose Sifontes said:
Went back and forth with Oppo on this - the only to restore my ability to play these SACDs archived using an obscure Sony PS3 trick is to go back to an earlier firmware (very hard to do if not impossible since I updated to the new firmware), and I lose more than I gain doing that (I like HDR10). So closed the ticket and may buy an older SACD player just to play these, if I ever stumble onto a cheap one.